Huawei chief offers to share 5G know-how for a fee

Huawei's chief executive has proposed selling its current 5G know-how to a Western firm as a way to address security concerns voiced by the US and others about its business.

Ren Zhengfei said the buyer would be free to "change the software code".

That would allow any flaws or supposed backdoors to be addressed without Huawei's involvement.

The US and Australia have banned their networks from using Huawei's equipment. The UK is still weighing a decision.

Huawei has repeatedly denied claims that it would help the Chinese government spy on or disrupt other countries telecoms systems, and says it is a private enterprise owned by its workers.

One expert, who had previously cast doubts on Huawei's claims to independence, said the idea of it helping another country's business to compete represented an "extraordinary offer".

"Perhaps the explanation is that Huawei recognises that it is unlikely to be able to bypass the efforts the Trump administration is putting into minimising its scope to operate in North America, Western Europe and Australasia," said Prof Steve Tsang from Soas University of London.

"But it's difficult to see Nokia or Ericsson being interested in buying it. And it's also difficult to see how an American company would be able to reassure the Trump administration that it's absolutely top notch American technology.

"And if they can't do that, why would they want to spend tens of billions of US dollars on something that will quickly become out-of-date."

Huawei's founder Ren Zhengfei made the proposal in interviews with the Economist and the New York Times. 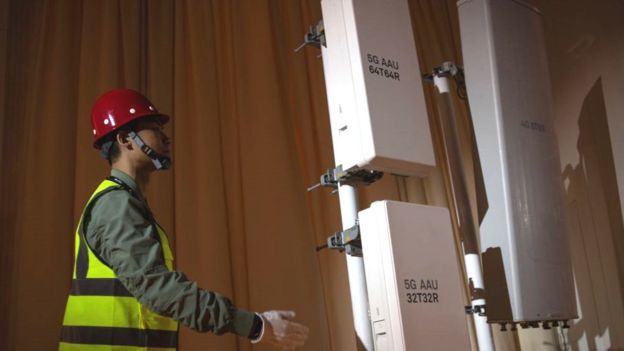 It would include ongoing access to the firm's existing 5G patents, licences, code, technical blueprints and production engineering knowledge.

"[Huawei is] open to sharing our 5G technologies and techniques with US companies, so that they can build up their own 5G industry," the NYT quoted Ren as saying.

"This would create a balanced situation between China, the US and Europe."

Speaking to the Economist he added: "A balanced distribution of interests is conducive to Huawei's survival."

A spokesman for Huawei has confirmed the quotes are accurate and the idea represents a "genuine proposal".

At present, Europe's Nokia and Ericsson are the main alternatives to Huawei when it comes to networks selecting what 5G cell tower base stations and other equipment to install.

South Korea's Samsung and China's ZTE are other alternatives.

But while American firms including Cisco, Dell EMC and Hewlett Packard Enterprise have developed 5G-related technologies, the US lacks an infrastructure-equipment specialist of its own.

Beyond the licensing fee, Huawei could benefit because it might convince Washington to drop restrictions that currently prevent it buying US-linked technologies for its own use.

One consequence of this is that Huawei faces having to launch an Android smartphone later this month that will not offer Google apps such as YouTube or the Play Store.

A deal would also help ensure Huawei gets its 5G technologies widely adopted.

Huawei has developed a technique called "polar codes", which it says will give 5G devices longer battery life than an alternative favoured by many Western firms called "low density parity check".

If polar codes are widely adopted, Huawei will earn more patent fees from device-makers that support them.

One company-watcher, however, suggested Ren's proposal was doomed to fail. 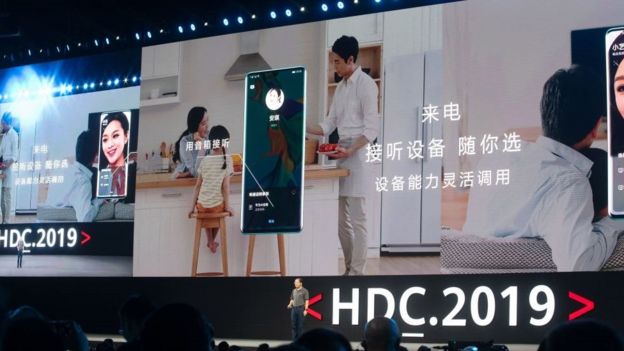 "The issue is not the trustworthiness of Huawei as a vendor but the legal obligations that the Chinese government imposes on it.

"China's National Intelligence Law requires Chinese businesses and citizens to surrender any data or 'communication tools' they may have access to, under strict punitive sanctions.

"Any equipment or software that Huawei licenses to an US entity would still fall under this obligation, and there is no way that the licensing entity or the intelligence agencies could scrutinise millions of lines of code for potential backdoors."

But Prof Tsang said the proposal was still a "smart move".

Even if Huawei's offer is ultimately rejected, he explained, it demonstrates that the company is willing to go to remarkable lengths to try and win the West's trust.

How Tech Is Reshaping Real Estate
Previous Item
NEXT

Arrests in 10 countries over scams
Next Item