Hong Kong protests: 'We don't want to leave but may have no choice'

Hong Kong seemed an obvious place for co-founders Jamie Wilde and Taylor Host to set up their artificial intelligence start-up.

They had lived there for several years and knew the financial hub well.

"It's a business-friendly jurisdiction, easy to build a professional team and it's easy to raise financing here," British-born Mr Wilde says.

The co-founders set up Miro in Hong Kong in 2017. The firm uses artificial intelligence and computer vision to gather data for sportswear companies to enable them to target consumers more effectively.

Business was looking up, sales were growing and investors from the US were keen to invest in the start-up.

But then Hong Kong got hit by a double whammy: it became caught in the cross-fire of the US-China trade war, and months of street protests tarnished the territory's reputation as an investment destination.

"We found we were often challenged by potential investors about why we are based in Hong Kong," says Mr Wilde.

"The perception driving a lot of these investment decisions in the US was that Hong Kong is getting closer to China. The risk of staying here has gone up."

The firm lost out on two potential investments, with its Hong Kong base given as one of the reasons behind the decision.

Mr Wilde and Mr Host have decided to move their company's headquarters from Hong Kong to the US, but are keeping some operations in the city.

They're not alone in re-evaluating their strategy about whether to keep their business in Hong Kong.

Months of political unrest in Hong Kong is threatening the city's global status as a major financial hub. Protests against an extradition bill have broadened into a pro-democracy movement concerned about China's growing influence in the city.

Those protests led to sweeping flight cancellations earlier this week. Hong Kong-based airline Cathay Pacific said the disruption had affected more than 55,000 passengers, with a total of 272 departures and arrivals cancelled.

Businesses are seeking advice on Hong Kong's safety and are being advised to come up with contingency plans in the face of further protests. 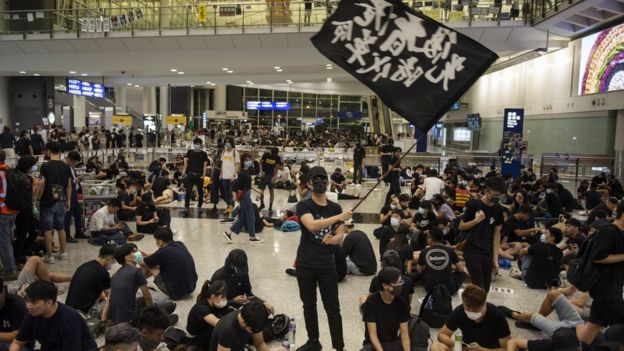 Dan Harris, managing partner of law firm Harris Bracken, said that over the past three months businesses have been asking: "Is Hong Kong safe? Should I send our people there?"

He is based in the US and advises clients on their strategy in China and Hong Kong.

"What we are mostly getting is clients saying they will not be setting up in Hong Kong, or just asking our opinion on what they should do to lower their footprint in Hong Kong."

Hong Kong has long been the premier destination for doing business in Asia - a gateway to China, and the rest of the region.

Its stock market ranked as the third largest in Asia in 2018 and fifth largest in the world in terms of market capitalisation, according to the Hong Kong Trade Development Council.

The recent protests have grown to reflect wider demands for democratic reform ahead of a 2047 deadline.

That's the year when Hong Kong's Basic Law agreed between Britain and China, guaranteeing a special level of autonomy for the territory, ends. 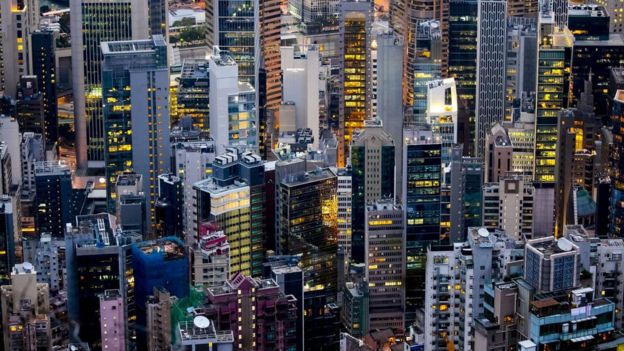 Hong Kong is one of Asia's most important financial hub.

But while protesters are fighting for the kind of rights that first gave Hong Kong its business appeal, some worry it is that fight that is now threatening the city's livelihood.

The latest growth figures show that Hong Kong's economy grew by 0.5% in the second quarter of 2019 from a year earlier, its weakest pace since the global financial crisis of a decade ago.

Julian Evans-Pritchard, senior China economist at Capital Economics, says there is "a growing risk of an even worse outcome if a further escalation triggers capital flight".

Reflecting this gloomy outlook, the Hong Kong government has lowered its growth forecast for this year to 0%-1% from 2%-3% previously. It has also announced a $2.4bn (£2bn) economic stimulus package to shore up growth in the territory.

What's the business impact so far?

More than two months of protests have already taken a toll on Hong Kong.

Bank branches near protests were temporarily shut in June, while one analyst estimates that the recent airport disruption has cost the Hong Kong economy some 300 million Hong Kong dollars ($38m; £32m).

"If the disturbance [lasts] a longer period of time, definitely the confidence of international investors and international passengers in the normal operation of the Hong Kong airport and aviation industry would be very much tarnished," said Dr Law Cheung-Kwok, director of policy and research at the Chinese University of Hong Kong.

He said the aviation sector as a whole contributed about 8% to Hong Kong's gross domestic product.

Tourism too has also been hit by the turmoil, with preliminary figures showing a "double-digit decline" in the number of visitor arrivals in the second half of July. 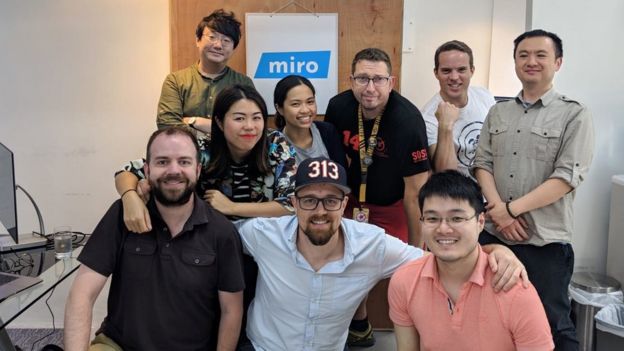 And that's the conundrum that Miro's co-founders are now facing - whether or not to leave a place they have long called home.

Initially peaceful protests have become increasingly violent, with some saying unwarranted force by the police has escalated tensions.

"We have been having more difficult conversations considering physical relocation, for the safety of the team," says Mr Wilde. His office is based in the heart of the busy Wan Chai district, near where many of the protests have taken place.

"We don't want to leave this city, but if things continue to escalate, we may have no choice."

Ghc30 mn worth of claims paid
Previous Item
NEXT