'Little sign of change' for number of women in top roles

There is "little sign of change" in women being under-represented in top jobs in business, a government-backed review has found.

In the FTSE 350, only 25 women are in chair roles, with fewer chief executives, the Hampton-Alexander Review said.

It called for a "stronger focus" to address the imbalance.

However, FTSE 100 companies are on target for women to make up at least a third of boards by the end of 2020.

This year has been the "strongest year of progress" for board representation since the review was set up in 2011, said Denise Wilson White, the chief executive of the review.

The review has set targets for women to make up at least a third of boards and a third of senior leadership positions by the end of 2020.

Ms White told the BBC's Today programme that the FTSE 250 had had its "strongest year ever" and was on course to hit that target.

However, she added that more progress needed to be made in female representation in top leadership positions, which she described as "the 50 to 80 most senior jobs in any company".

She said there was "no shortage" of capable and competent women able to fill those roles, but problems in company systems meant they were "just not getting picked in the same numbers". 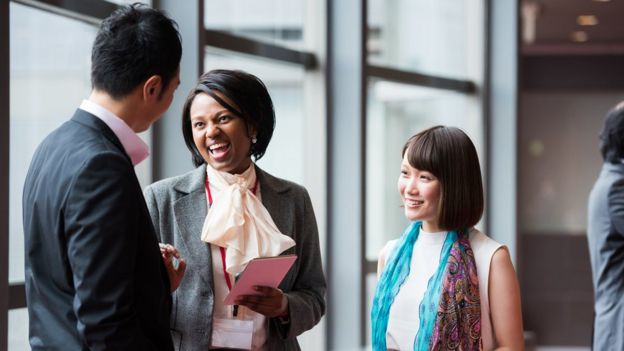 The chair of the review, Sir Philip Hampton, said: "Strengthening the number of women in executive positions is critical to achieving long-term gender balance.

"We are still a long way from reaching the target for women in senior leadership roles below board level. Unless half of all appointments made this year go to women - our target for 2020 is not going to be met."

Daejan Holdings secretary Mark Jenner said the company's position was that the aims of the review were not legally binding and Daejan was under no obligation to comply with them.

In addition, he said board positions were filled on merit and there were no current vacancies.

The review also found that 39 firms have only appointed one woman to the board, which it called a "one and done" approach.

These include Domino's Pizza and a number of investment trusts.

Companies with more than 40% female board membership include Standard Life Aberdeen, Schroders and Royal Bank of Scotland, while those with 25% or fewer women on the board include National Grid and Rio Tinto.

Chris Cummings, chief executive of the Investment Association, said: "Investors have been consistent in their demands for greater diversity.

"It's not just a nice to have. The research is clear: firms with diverse boards and management teams make better decisions, drive innovation and outperform their less diverse peers."

Industry body the CBI said businesses were "building on last year's progress and continuing to increase diversity in the boardroom".

Carolyn Fairbairn, CBI director general, said: "The benefits of a diverse boardroom have been proven many times, from improved decision making to increased profits. If all male boards are to become a thing of the past, firms must not take their foot off the pedal."

However, she added that firms were "making less progress on the executive pipeline".

"We are still seeing too few women in senior leadership positions, whether as chief executive or running divisions.

"Heading into 2020, all firms should ensure they have diverse shortlists and that they're doing everything possible to support people from all walks of life in their careers, from ground floor to boardroom."

The Hampton-Alexander Review is supported by the Department for Business, Energy and Industrial Strategy and the Government Equalities Office.

Accountancy and auditing firm KPMG is its main financial sponsor.

Melanie Richards, deputy chair at KPMG UK, said: "Behind the numbers and trends are hundreds of individual stories.

"Women who have overcome barriers that they should not have had to overcome, with leaders and boards who have worked hard to remove those barriers for current and future generations."

Gov't is committed to youth entrepreneurship

Govt is committed to youth entrepreneurship