How trade shows have been hit hard by coronavirus

From phones to watches, planes to jeans, some of the world's biggest trade exhibitions are being cancelled due to the coronavirus outbreak.

More and more organisers are pulling events over fears of spreading the potentially deadly disease, with many thousands of attendees having to alter travel plans.

The most high-profile cancellation so far has been the Mobile World Congress, in Barcelona, which was due to take place at the end of this month.

BT, Ericsson, Facebook, LG, Nokia, Sony and Vodafone were among the major brands visitors were hoping to see.

The event usually attracts more than 100,000 people, with an estimated 6,000 of them travelling from China.

It's not the only technology event that has been cancelled due to the outbreak.

Cisco Live, set to take place in Melbourne at the beginning of March, with more than 8,500 people expected to attend, has also been called off.

The annual gettogether for the US networking firm normally puts customers in front of engineers and executives, has training sessions, and evening entertainment events. Networking about networking, if you will.

But a message on the event's website said: "Our customers, partners and employees are our top priority and we strongly believe this is the right decision given the current circumstances. Our thoughts are with those directly impacted by this situation."

Time to move on

Earlier this month Switzerland's largest watchmaker Swatch cancelled its "Time to Move" summit for the media and retailers due to the coronavirus.

The exhibition of the firm's new luxury products was scheduled to take place in Zurich in the first week of March.

Swatch owns a host of luxury brands including Omega, Tissot, and Longines.

However, the group said it wanted to "guarantee the welfare" of guests, partners and colleagues.

The fashion industry has also been affected by coronavirus as the Kingpins denim trade fair in Hong Kong has been called off.

The event's organisers said the show, scheduled for mid-May, would not go ahead because: "We are very concerned about the situation in China and understand that many of our exhibitors and attendees are dealing with extreme difficulties and uncertainty due to efforts to contain the spread of the virus." 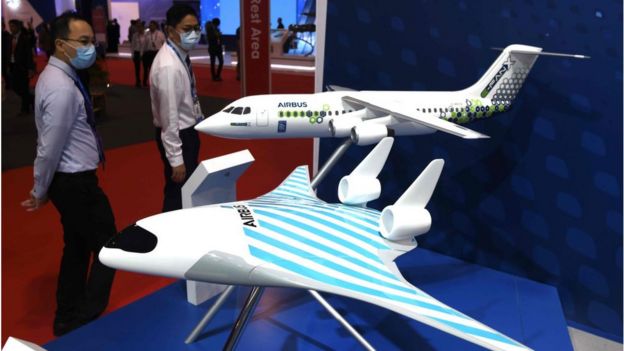 While still going ahead, Asia's biggest air show, which is taking place this week, has been overshadowed by the outbreak.

The Singapore Airshow, which takes place every two years, attracts hundreds of global aerospace firms as they exhibit their latest products and hope to strike multi-million dollar deals.

The number of exhibitors pulling out of the show has topped 70, including some of the biggest names in the aerospace industry, including US giant Lockheed Martin and Canada's Bombardier.

"Many of the companies that are here are on site without senior executives from the home countries attending. That means customer meetings and the normal industry chatter won't happen this year," he added. 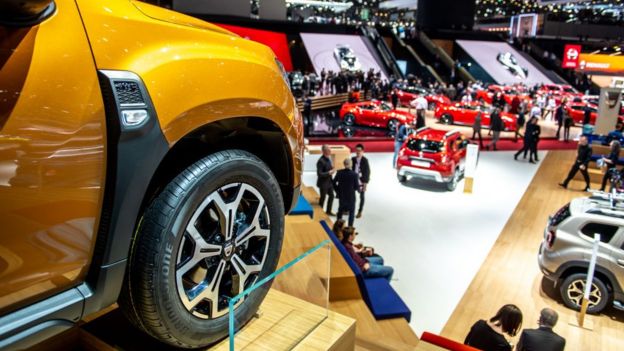 A major business event that has not yet been impacted by the outbreak is the Geneva International Motor Show.

The show, which is due to take place 5-15 March, is one of the most important events in the motor industry calendar, as the platform for some of the world's most high-profile new car launches.

In an email to the BBC, the show's organisers said it was working closely with health authorities to ensure that staff, exhibitors and visitors are protected from infection. It added: "So far no exhibitor has cancelled because of the outbreak of the virus."

Sporting events have also been hit, with the 2020 Chinese Grand Prix being postponed.

Economy likely to reaccelerate this year

How coronavirus is affecting trade shows