Who's Afraid of Virginia Woolf? audience asked not to eat

Imelda Staunton as Martha in Who's Afraid of Virginia Woolf?

A London theatre has asked audiences not to eat during performances of its latest show.

The Harold Pinter Theatre sent out the request to those who had bought tickets to Who's Afraid of Virginia Woolf?

"Out of consideration for the actors and fellow audience members, we ask that no food be consumed during the performance," an email from the Ambassador Theatre Group said.

It is thought to be the first West End show to make such a request.

The email to ticket buyers added: "You may purchase food at the theatre bars to enjoy before the show, or during the interval.

"Drinks purchased at the bar areas may only be taken inside the auditorium in plastic containers provided by the venue staff."

In a statement released to the BBC, a spokesperson for the production reiterated that food had not been banned outright, but "rather we have politely requested that patrons refrain from eating during the performance".

"The nature of this production is such that anyone eating or using their telephone during the performance could disturb other patrons." 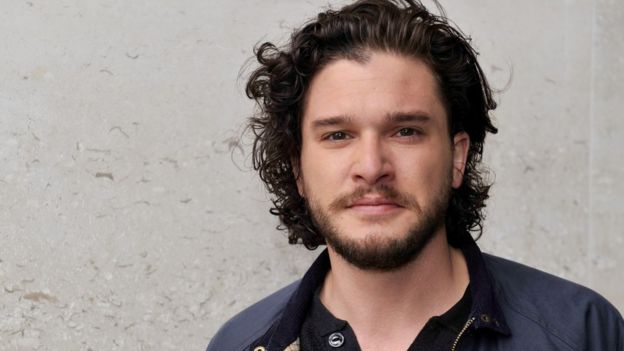 It follows calls from one of the show's stars, Imelda Staunton, for food consumption to be banned in theatres

"I don't know why people can't engage in just one thing," the actress told the Radio Times in November.

"I don't understand this obsession with having to eat or drink something at every moment of the day."

Theatre producer Richard Jordan also highlighted the issue after encountering what he called "possibly the worst West End audience I have ever encountered" at a production of Doctor Faustus.

"What amazed me most was this audience...could see nothing wrong in talking, eating and taking pictures throughout the show - or complaining when asked to stop," he said.

But Game of Thrones actor Kit Harington, who starred in the production, said: "I am afraid that, if the theatre is going to die of anything, it will be from exactly this type of stereotyping and prejudice aimed towards a new and younger generation of theatregoers.

"I have been a theatregoer since childhood and I didn't feel that our audiences were disrespectful in the slightest."

Ed Sheeran on "Thinking out Loud"
Previous Item
NEXT