Spider-Man: Into the Spider-Verse trailer - what we learned

The trailer for the latest Spider-Man film has been released and it features a whole lot more Spidey than ever before - mostly because it contains more than one version of the famous character.

Spiderman: Into the Spider-Verse introduces 14-year-old Miles Morales, who also has spider super powers, to the big screen.

The animated film's protagonist made his Marvel debut in 2011 as the comic book series' first non-white Spider-Man.

Here's what we know about the film, which is out in December. 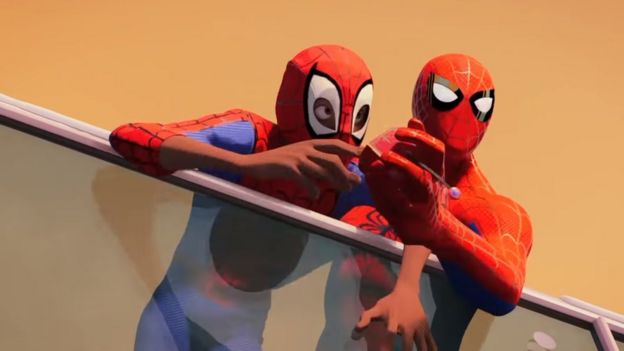 If you've read the comics it won't be a big surprise that there's more than one Spider-Man.

But Peter Parker is a bit shocked when he finds out Miles Morales, an Afro-Latino character, is like him.

Who knew that more than one person could develop Spidey-senses? Well, in this universe they can.

Peter ends up taking on a mentoring role and tries to teach Miles how to be Spider-Man. 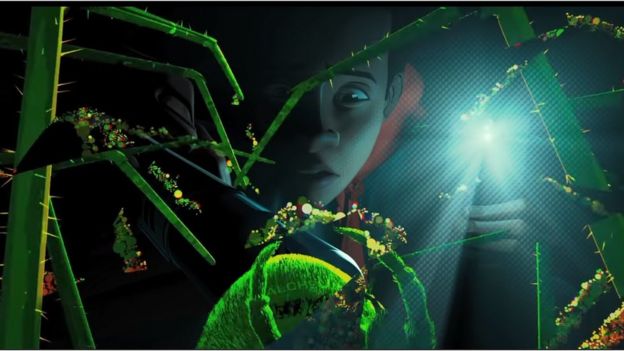 2. Switching up those super powers 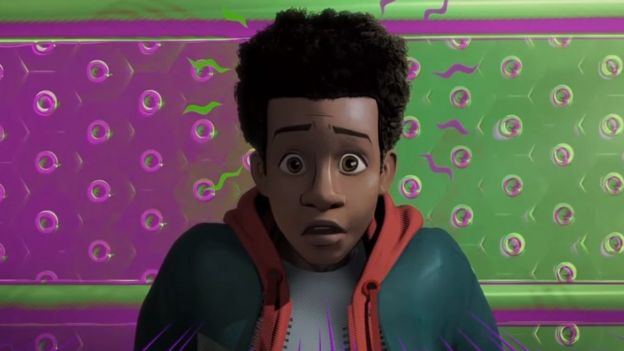 There might be two Spider-men but they are different - Miles has the ability to be invisible.

In the trailer he hides from his dad by disappearing into thin air.

His dad is a police officer and not exactly Spider-Man's biggest fan. 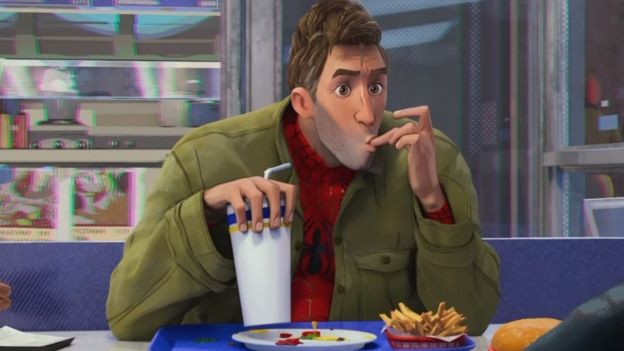 It seems even superheroes get old.

Peter Parker looks a little scruffy, unshaven, hungry and is strapped for cash.

He has greying hair and it's fair to say he might not have been trying to save the world for a while. 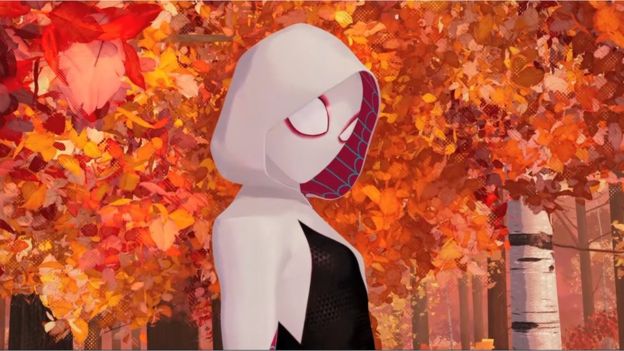 Towards the end we see someone dressed in a black and pink outfit with a white mask - that's Gwen Stacey.

But Emma didn't get any spider-powers when she played Gwen in the 2012 and 2014 films - her Gwen was little more than a love interest.

Spider-Gwen comes from an alternate Marvel universe where Peter Parker wasn't the student bitten by the radioactive spider.

"How many spider people are there?" Miles asks Peter Parker as Gwen swings into action.

She's already a big hit with the fans.

5. People are loving the animation 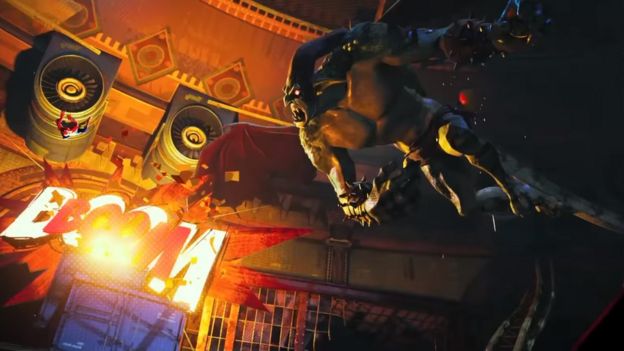 Fans have been reacting to the animation and artwork in the film.

Even in the trailer you can see this animated film is slick but it stays true to its comic book background, with Miles' thoughts appearing as word boxes like they would in a comic book.

Music is business, learn it

What are the rules for guns on film sets?

Orlando Bloom shows off his abs

‘How to Train Your Dragon Sequel
Next Item