Shakira on her vocal problems: 'I doubted I'd ever sing again'

After postponing her El Dorado tour for seven months due to vocal problems, Shakira finally hit the road last week with an athletic, hip-shaking show that encompassed more than 20 years of hits.

It's the star's first tour in seven years, after taking time out to start a family with her partner, Spanish footballer Gerard Pique.

Footage from the opening night in Hamburg showed the 41-year-old looking overwhelmed, clasping her hands to her chest as she acknowledged her long journey back to health.

"Last year was one of the most difficult times of my entire life," she tells the BBC from Amsterdam. "Being back on stage has been so emotional."

With the tour hitting London next week, the Colombian star took time out from her schedule to chat about how she's stopped being narcissistic - and whether she understands the offside rule. 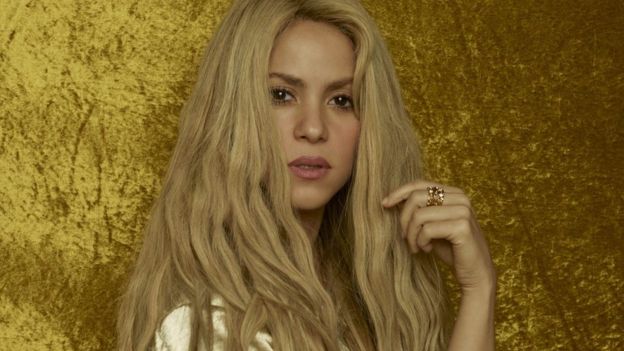 Hi Shakira, how are you?

I just woke up, can you believe it?! My kids are not with me so I'm allowed to sleep. I think the last time I slept this much was six years ago, before I had my first child.

How's the tour going so far?

It feels like the first time. In the past, my experience on stage was a little different. A little more narcissistic. I was like, "Oh wow, they're here for me - I'd better look good and sound good."

But now it's more like, "Man, I have this amazing opportunity to make the crowd smile. To make all those people, who've also had hardship in their own lives, happy."

You had to postpone the tour because of a vocal haemorrhage. How bad was it?

It was actually more than a haemorrhage. It was like a vascular lesion. So you can imagine, there were times when I doubted I would ever be in front of a crowd again singing my songs.

Did you need surgery?

Miraculously, and contrary to everything the doctors predicted, I recovered naturally. They all foresaw surgery, but the lesion disappeared completely from my vocal cords.

That really is a miracle.

I remember praying. I had forgotten to pray for a while, but when you go through hardship you suddenly recover your faith! I was promising God if I could ever use my voice again, I would celebrate every night - and that's what I'm doing.

You've just released a single, Clandestino, which is your third duet with fellow Colombian star Maluma. What keeps you coming back for more?

I promise you, we try not to make new music, but it happens! We just can't help it.

He came to Barcelona for a photo session so I said to him, "Listen, why don't we get together in the studio and see what happens?" And in less than two hours we had two new songs.

Because Chantaje spent 18 weeks at number one in Colombia, right?

Latin music is having a resurgence. Do you think it's here to stay, or could it fade like the Latin explosion of the 1990s?

It depends on the artist. I think some artists are meant to stay and some will disappear. It always happens. It's natural selection of the species.

But I don't think of it as a boom in Latin music. I think the world is in a different place. Social media means it's not only the radio that decides what'll be a hit. It's the people.

You once sang "I don't understand football" [on 1998's Inevitable]. Presumably that changed when you met your husband?

A little! I still get confused with offsides, though. Can you believe? Almost eight years with Gerard and I still don't see the offsides quite well.

But everything else I understand. And I sometimes dare to give my opinion! Gerard thinks it's very cute.

He's about to head off to Russia for the World Cup. Will you see any of the matches?

I have tour dates up until 13 July, so if Spain makes it to the final I will have the opportunity to go. So they have to make it!

Exactly! He told me that year, "Listen, I'm going to win this World Cup. I'm going to get to the final just so I can see you one more time." And he did it. He's a man that keeps his word. 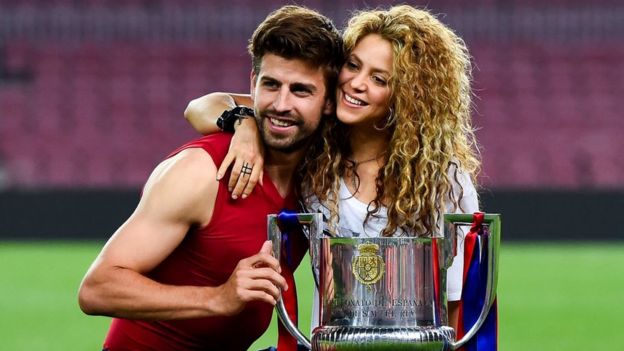 Last year, Fortune Magazine named you one of the world's Top 50 leaders for your charity work. How important is that to you?

I have a huge commitment with education. It's a commitment that started [when] I was 18 and I decided to create my own foundation to build schools in remote places in Colombia. That commitment obviously goes beyond anything that appears in a magazine. It's something that lives and breathes in my heart.

Why education in particular?

I come from the developing world and that has marked me in so many ways. I was born and raised in a country where there's huge social injustice and poverty and a lack of opportunities. So I feel education is the great transformational agent - the one thing that can change the fate of so many kids who are born poor and who, without the opportunity of an education, would probably die poor.

The one thing that can really break that cycle of poverty and bring new opportunities is education. I've seen it with my own eyes. I've seen the transformation in families and entire communities when you bring a school to an area where there was nothing before. 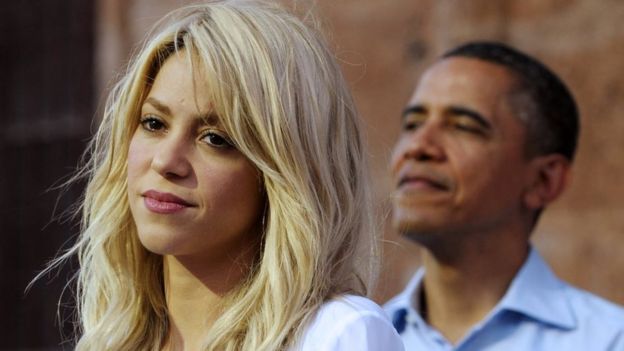 You've sat down with people like President Obama and President Santos of Colombia. Do they ever underestimate how informed you are about these issues?

I think they're used to me by now! Bono once called me and said I'm the most vehement woman he'd ever met. I'm quite stubborn and every time I get the chance, I'm giving those [world leaders] a call and asking them to participate in projects.

Who's most nervous in those meetings? Them or you?

I don't know! I really don't have an answer for that. But I'm not nervous any more, because I know exactly what I need out of these meetings.

Some politicians just want a photo op, but we're asking for real things and a real commitment. It's a huge responsibility to put pressure on our leaders to do their job.

And they don't get the photo op unless they deliver, correct?

I read that when you wrote your first English language album [2001's Laundry Service] you studied Leonard Cohen and Bob Dylan's lyrics. Who do you look up to now?

I love [Coldplay's] Chris Martin. I love his melodies and his production. He's an artist with vision, which you don't find every day. And that's why he's lasted so long, him and his band. They never disappoint.

And I'll tell you something: he was so, so nice throughout those difficult months. He worried a lot about my voice, and he checked in on me every other day.

It's great when friends come through in a crisis…

That is one of the nicest things I realised through my hardship - how important it is to have friends. And also my fans. They were praying every day in Colombia. They did Mass for me. I had groups of nuns and priests and all sorts of people praying for my voice every day. I didn't know that I was loved like this.

When you're an artist you usually feel that people, in a way, use you. You're giving them what you want. But I think the relationship that has built with my fans over the years is a lot deeper than that. It makes me feel really valued and loved and that's why I'm enjoying this new chapter of my life.

Trailer for 'Ambulance' is here

Help me apologise to Lilwin