Shakespeare 'belongs to Ireland and the world'

Rehearsals are under way at The Bishop's Palace

The Bishop's Palace outside the small Irish town of Ballaghaderreen is home no longer to the Bishops of Achonry.

But the huge and handsome house and its grounds, disposed of by the Catholic church a couple of years ago, are full as never before — with straw-bales for playgoers to sit on... with army-surplus parachutes standing by as rain covers... and with actors eating.

The Pilgrim Players are the creation of London barrister David Ewings (he splits his life between London and Roscommon) and his wife Chloe and their actor friends Max Bennett and Deirdre Mullins .

It was Mullins and Bennett who suggested they should produce a Shakespeare play each summer in the grounds of the house. They launched last year with Much Ado About Nothing and this time it's Twelfth Night.

Mullins has been responsible with director Caroline Williams for producing a script cut by half.

Dublin born, she thinks the works of Shakespeare are a natural choice for Ireland. 'Shakespeare is taught in Irish schools as much as in the UK. Almost all school students study him at least a bit and there's a hunger for his work here.

"Growing up I studied The Merchant of Venice for Leaving Certificate (taken at age 17 and 18). And I suppose I fell in love with Shakespeare at school playing Helena in A Midsummer Night's Dream."

The number of full-time producing theatres in Ireland is small compared to the UK so Shakespeare at important venues like the Abbey and the Gate in Dublin are infrequent.

The Irish academic Edel Semple runs the blog Shakespeare in Ireland. She says British people are often surprised at how popular he is with the Irish.

"I can understand people supposing that with independence in the 1920s there might have been a feeling he was too British. But there's no evidence for that happening. He seems always to have had a cultural free pass. 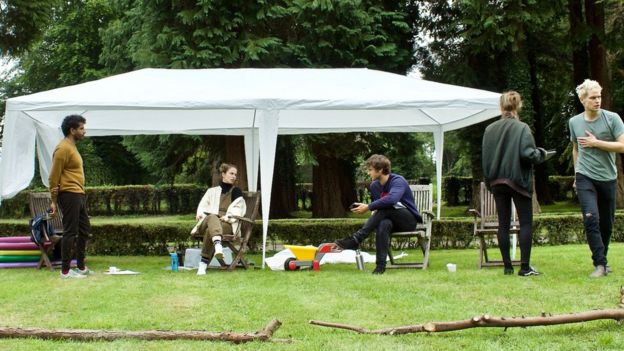 "The number of full-scale professional theatres in Ireland isn't huge. But you have really good productions aimed at schools and in past decades you had touring productions which visited even the smallest towns. What's kicking off now in Ballaghaderreen is a modern version of that."

Max Bennett has a successful TV career which last year included playing Monk Adderley in the BBC's Poldark. So why launch a theatre company where no one's going to make money?

"It's out of a love of Shakespeare and of being with other actors. But it was sheer blind faith that anyone would come and sit on straw to watch a play they might not know. But they came - even for the performance where the skies of Roscommon opened and everyone got very soaked."

The Pilgrim Players have had a few days of intensive rehearsal in the house in Ireland. Director Caroline Williams, who's worked at Shakespeare's Globe, says it can be tough.

"There were a couple of people who at short notice were forced to pull out to do TV or whatever - but then Max and Deirdre get to work and phone a friend."

Others who've made it to Ballaghaderreen include Tom Weston-Jones, currently in the Sky series Warriors, and Heida Reed - Poldark's Elizabeth Warleggan.

No-one is paid and the enterprise is self-funded apart from a grant this year of 1000 euros (£900) from Roscommon County Council. 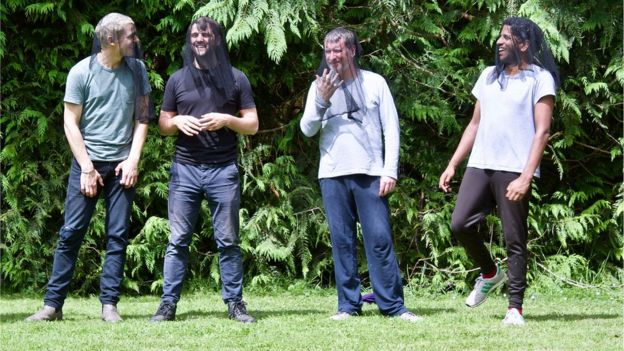 Edel Semple says she would love to see the Pilgrim Players flourish and be copied elsewhere.

"Irish people are very open to Shakespeare. There was a lot of excitement last year when the Irish actress Ruth Negga played Hamlet in Dublin.

"And some experts think the Irish accent and the rhythm of Irish speech generally is close to what Shakespeare would have known. The first production of his work in Dublin was Othello in 1662 — so he belongs to Ireland too.

"But really he belongs to the world."

iProspect India to be SEO handler for ZEE5

Elton John, others to perform at Oscars

You Deserve A Free Upgrade With DStv

How the show's writers predict the future
Next Item