Phoebe Waller-Bridge has revealed she came up with the "vision" for her next movie after fearing she would never have another original idea.

"The day I wrapped Fleabag, I went to bed thinking, 'I'm never going to have another idea again'," the actress and writer told the Hollywood Reporter. "I woke up with the vision of this film."

She wants to write and direct it, which would be her first directing credit.

The Bafta-winning star said she did not intend to act in the film.

But the Fleabag and Killing Eve creator admitted that she would probably "end up in it".

She also said it would need a meaningful cinema release - ruling out making it for the likes of Amazon, which carries Fleabag in the US, and Netflix. 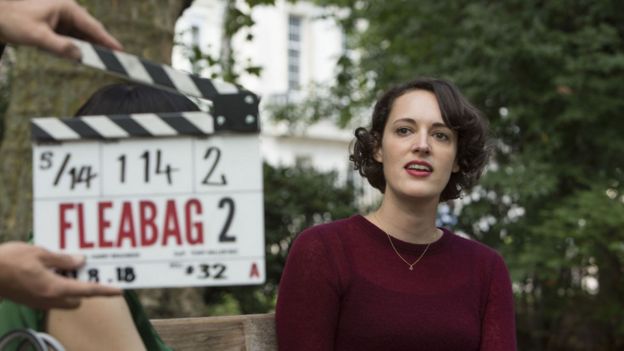 Waller-Bridge is also working on the script of the next James Bond film, which is currently in production.

Asked about reports that actress Lashana Lynch would be given the 007 codename in Bond 25, she replied: "The whole thing has potential to birth new iconic characters all the time."

The actress will shortly return to the London stage to perform the original one-woman Fleabag show from which the BBC sitcom sprang.

It will be followed in November by the publication of Fleabag: The Scriptures, a book containing the scripts with previous unseen annotations.