September is a big month in the fashion calendar, with fashion weeks happening in New York, London, Milan and Paris. Each city hosts a series of events over five days where top designers show off their new collections.

Last week was London's turn. Think lots of "out there" outfits, air kisses on cheeks and greetings of "babe, you look incredible!"

But this year, the normal small talk between shows, and at after-parties, was punctuated by discussions about - yep, you guessed it - Brexit.

Everyone from designers to models and garment-makers were keen to know the impact leaving the European Union will have on their industry, which is worth £32bn to the UK's economy.

Despite fears about the possible impact of Brexit, London Fashion Week continues to attract the finest fashion talent from around the globe with designers from more than 19 countries showcasing their designs. 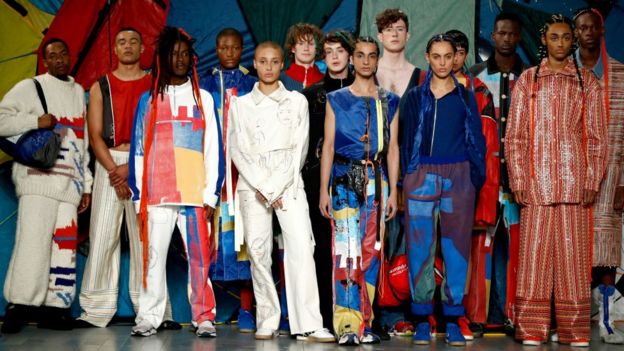 "The UK's fashion scene is still open and inclusive," says the London College of Fashion's director of recruitment, Paul Yuille.

The college, which has produced famous brands like Jimmy Choo and J W Anderson, had three designers in this year's event.

"We've had an increase in applications from European students wanting to study fashion in the UK. It started after the 2016 referendum and this year has been no different."

But his positive outlook is not shared by everyone in his industry. 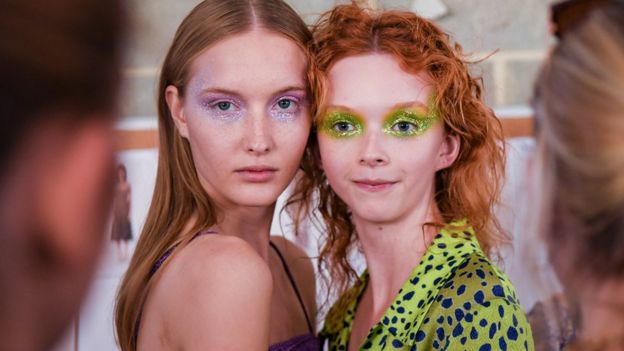 Henry Holland is the founder of House of Holland, a designer label worn by celebrities like Kylie Jenner, Lizzo and Little Mix.

When we meet him in his east London studio - an open space where Henry's dog, Little Miss Peggy, roams free - he tells Radio 1 Newsbeat the uncertainty over a no-deal Brexit is making things difficult for his business.

He says with so much unknown, it's hard to plan ahead. 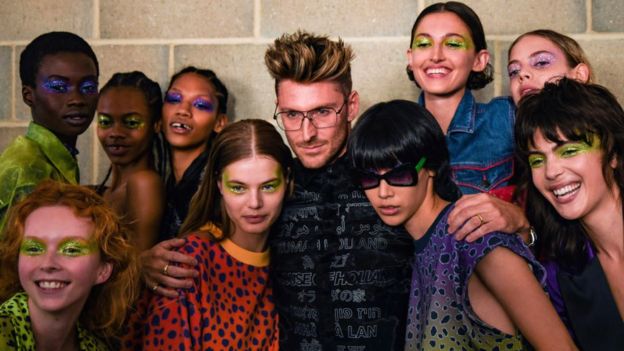 Henry Holland says Brexit is a "disaster as a business owner"

"I'm petrified about the future. I think people are anxious and cautious, so when your business is reliant on people spending money on clothes - anxiety and caution don't really work for growth."

On the prospect of overseas trade deals outside the EU with countries like Australia, the US and Canada, he was cautious and acknowledged that any benefits would take time to have effect.

"Yes, there are possibilities there, but that's not something we can do overnight."

'It's a total gamble'

Henry explained how exchange rates are causing him difficulties because of how fashion companies work.

In his industry, it's common for brands to forward sell. Essentially, they agree to sell clothes at a certain price a few months in advance.

But, he says it's hard to know how to price things because of the changing value of the pound.

"The clothes we showcase at fashion week will be on sale to the customers in February next year, so I have to place orders on those goods, this side of Christmas and this side of Brexit. With fluctuating rates it's a total gamble." 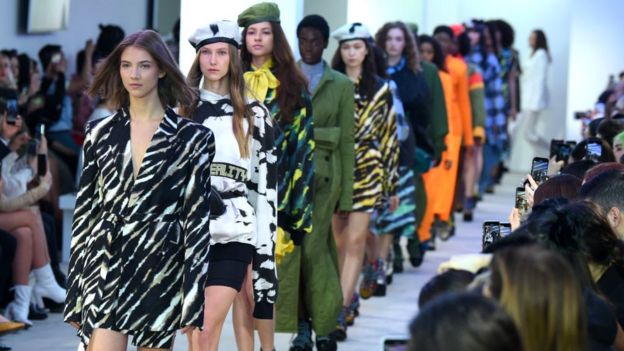 Jenny Holloway runs Fashion Enter, a clothing factory which makes 10,000 pieces every week for brands including ASOS and Marks and Spencer.

Although they're based in north London, 85% of their machinists are from eastern Europe. 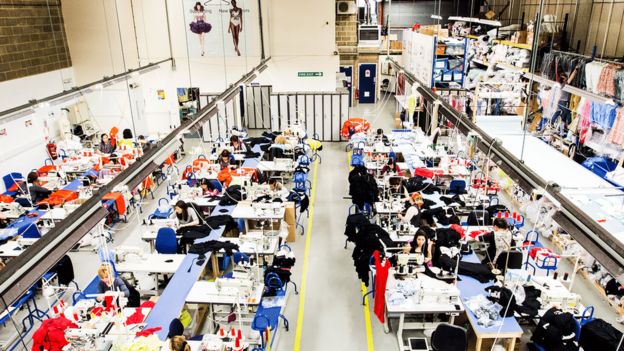 Jenny Holloway's factory manufactures clothes for a wide-range of retailers

"People aren't knocking on the door like they were before, asking if they can come and join us.

"It's been disorientating and frustrating for the workforce because they don't really understand how it will affect them."

"We don't have British garment makers in the numbers we need. There's been a drop in the number since the 70s and 80s".

But Jenny's determined to bridge the gap, she tells Newsbeat she's set up an apprenticeship course that teaches stitching skills to over-16s. She hopes these trainees will one day become employees.

"Why not make more clothes in the UK?" she says.

"We have a fashion academy next door and we're teaching fabric skills to young and long-term unemployed people, so we're hoping to have a circular economy."

The circular economy is an alternative economic system aimed at reducing waste and using as few resources as possible.

Although she's struggling with recruitment, Jenny's optimistic Brexit could push more clothing factories to open in the UK. 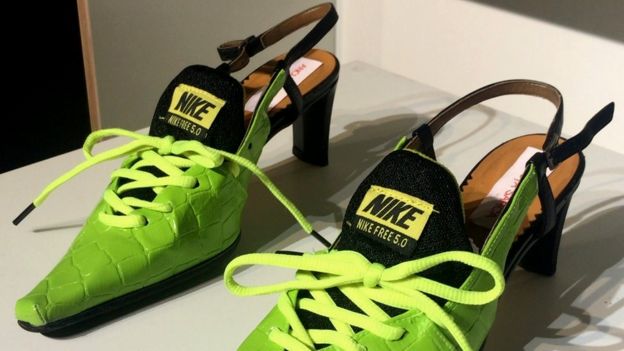 Since the 2016 referendum, she says she's had an increase in enquiries from brands interested in making products at her factory. She believes leaving the EU will lead to Britain offering more competitive prices.

But what about the price of clothes? When it comes to the high street, Jenny says costs could go up because of taxes on imports and exports.

"I think if you're importing, and there's going to be delays and transport issues, logistics and who knows about tariffs, I can see prices going up."

Now the people who look after the industry are getting involved.

The British Fashion Council (BFC) represents designers as well as planning London Fashion Week. It's asking the government to guarantee a deal that makes it easy for European models, machinists and fabrics to come in and out of the UK after Brexit.

In a showroom filled with gem-covered helmets, kitten-heel trainers and chain metal blazers, Caroline Rush - head of the BFC - tells Newsbeat about the benefits she believes EU membership brings to the industry. 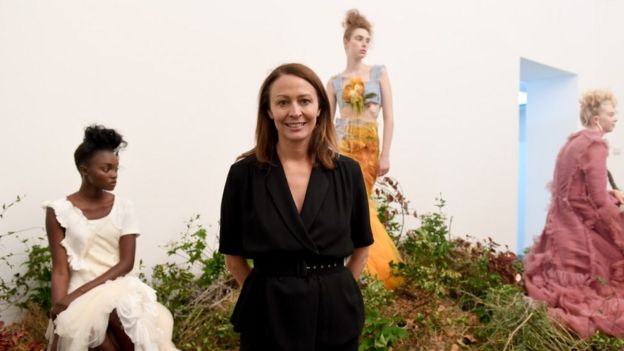 "The ease of trading within the EU can't be underestimated, you don't need paperwork, we can travel easily, there are VAT arrangements. There's one body as opposed to negotiating with 27 different territories."

The government doesn't want designers to panic and says it will "keep doing everything it can to support the UK's fashion industry".

Secretary of State for International Trade Liz Truss says "our designers, artists and creatives are the very best in the world and their success is part of what makes Britain great".

The 'Breaking Bad' movie is coming
Previous Item
NEXT

Giorgio Armani at the Milan Show
Next Item