A film starring Hollywood actor Mark Wahlberg is set to bring a Cardiff city centre street to a halt for two days.

A stunt for his new film Infinite is being filmed at a hotel on Newport Road in Adamsdown from Sunday.

Local councillor Owen Jones said was it "exciting for Cardiff to have such a big Hollywood brand in the city" as it could attract others.

But he said it would have an "impact" on travel along such a major road.

Mr Jones said signage had been installed on the M4 to give people travel advice, although only a small section of Newport Road would be shut near to the city centre.

Hanging out off set at @breadstkitchen between takes for @infinitemov ? — might request this as my trailer from now on. ???? pic.twitter.com/RLjn2vJwWT

The film, directed by Antoine Fuqua, is about a man who discovers that his hallucinations are visions from past lives, is due to be released next year.

Mr Jones said the producers have not revealed what is being filmed, although it is known to be a stunt, with filming at the Mercure hotel.

The hotel said it would be open to guests as usual. 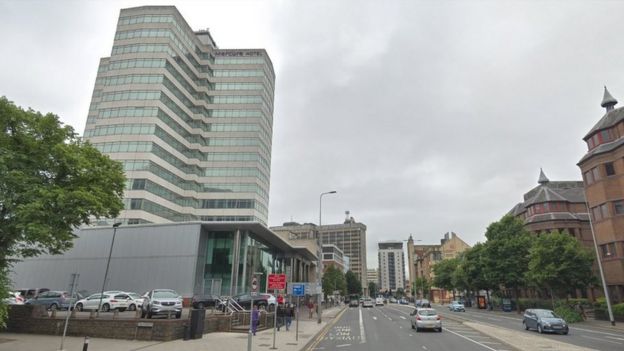 "Because it is such a major road it is going to have an impact but it is also exciting for Cardiff to have such a big Hollywood brand in the city for our creative sector," Mr Jones told BBC Radio Wales' Breakfast with Claire Summers.

You’ve all been wondering what I’ve been training for, this is it. On the set of @InfiniteMov ∞ coming Summer 2020. Reunited with #AntoineFuqua who has an incredible vision for this high-concept, ORIGINAL action thriller…a classic story of good vs. evil with an epic twist. pic.twitter.com/YUYp5OUjnU

Cardiff council said it was proud the city was a "leading centre for screen production" with shows like Sherlock, Dr Who and Casualty filmed in the city along with His Dark Materials, a new TV adaptation of Phillip Pullman's trilogy.

Stewards will staff junctions near to the city centre to give travel and access advice with the road closed between Fitzalan Place to the junction with City Road.

Buses should also be unimpeded as a parallel road will be used for access, said Mr Jones. 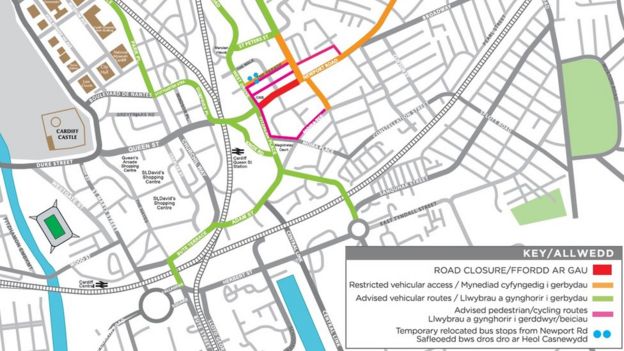 Council map shows the affected area near the city centre

A day in Elton John's life
Next Item