Woke, prorogue, cancelled? Word of the year 2019 to be revealed

Photobomb, Brexit and binge-watch have been named previous words of the year by Collins

Dictionary publisher Collins announces its word of the year on Thursday - and there's no shortage of terms they could pick for 2019.

Every year, brand new words or phrases emerge to reflect the changes in society or technology. Selfie was invented with the rise of smartphones. Or Brexit, when a pithy term was called for to describe the UK's departure from the European Union.

Collins Dictionary and the Oxford English Dictionary (OED) are both set to announce their words of the year soon. Contenders can be a brand new word, an old word that has made a comeback, or two existing words that have been joined together and taken on new meaning (like photobomb).

The OED says the chosen word should be "reflective of the ethos, mood, or preoccupations of this past year, but as having lasting potential as a word of cultural significance".

The debate is one of the highlights of the year for Gyles Brandreth, co-host of Something Rhymes With Purple, a podcast all about language and its evolution.

"Language is power, language is what defines us, makes us the people who we are," he says. "We're so blessed that the English language is our parent tongue, because it is the richest language in the world. 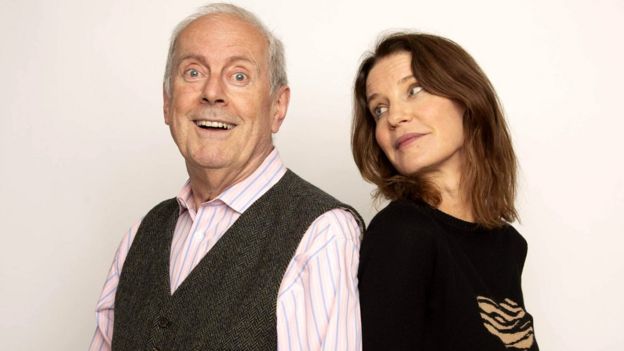 "New words are coming into the language all the time and have been for thousands of years. Some very old words have survived a long time, some others have disappeared, and some new ones come along. And it's always fun to discover which are the ones which have bubbled to the surface this year."

Woke could be in with a shot this year. So could influencer. Phrases like cancel culture, where a celebrity's career is damaged after saying something distinctly un-woke, may also be nominated. Changing gender norms and definitions could also see a term like non-binary recognised.

The Cambridge Dictionary has already announced upcycling as its own winner, based on which word resonated most with their Instagram followers.

The Guardian's nominations, meanwhile, include femtech and sadfishing, but also a older words like pronoun (which it says "has become a signifier of the new gender politics") and people.

"People is a pretty ordinary word - and one with a long history... but the way the idea of 'the people' has been used over the past year, often cynically, makes it thoroughly contemporary," wrote David Shariatmadari.

It's also possible that something that isn't even a word at all could again be named word of the year.

"I was intrigued by the conversation that followed Oxford choosing the crying-with-laughter emoji as its word of the year [in 2015]," says lexicographer Susie Dent, Brandreth's podcast co-host. "It sparked such controversy, people were up in arms saying, 'It's not a word, how could Oxford have dumbed down to this extent?'

"But actually the OED's answer was really interesting, because they said humans have been using pictorial representations of words for millennia. We have ancient hieroglyphics that show people have communicated through pictures, and who's to say that emojis are any different? And they add nuance to words on a screen. I wouldn't say it was my favourite word of the year by a long shot, but I loved the discussions that followed."

Brandreth recalls some favourites of his own. "I loved Yolo when it came round," he says. "YOLO!" he joyfully shouts down the phone a second time for effect. "Which means 'you only live once'. I loved that one. And amazeballs, I liked that for a while."

Previous words of the year 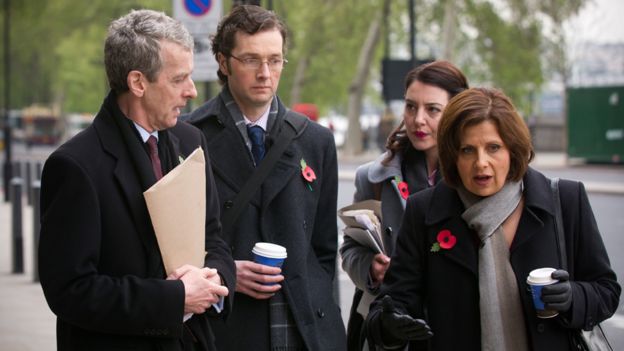 BBC comedy The Thick Of It birthed the usage of "omnishambles"

The Oxford English Dictionary selected toxic in 2018, a word which has been around since the mid-17th Century. The OED said the "sheer scope of its application" in recent years was notable because its use had increased dramatically in both literal and more metaphorical senses.

In 2017, it opted for Youthquake - a significant cultural, political or social change arising from the actions or influence of young people. Prior to that, it chose post-truth, vape and the cry-laughing emoji.

Perhaps the most glorious winner, however, was omnishambles, which won in 2012 after its use by the bad-tempered spin doctor Malcolm Tucker in political comedy The Thick of It.

Collins Dictionary, meanwhile, has a habit of making two words its word of the year.

Sometimes this is a result of hyphenation, such as single-use last year. Ironically, the term has had a dramatic increase in use as concerns about the environment have been expressed in recent years.

Binge-watch, was victorious in 2015, as more and more viewers chose to watch their favourite TV shows in one sitting. But 2017's winner, fake news, didn't even have a hyphen, instead being two separate words that form a new term used regularly by US President Donald Trump.

Other previous Collins winners include photobomb and Brexit, which was naturally word of the year in 2016, when the UK voted in the EU referendum.

Speaking ahead of this year's announcement, Dent says: "There's one I'm hoping won't win but I think could be a contender, and it's from the 15th Century, so it's a good example of a word that's been revived.

"Boris [Johnson, the prime minister] is always behind the revival of old words, like mugwump and so on. But this one was Parliament proroguing. I think prorogue will be on the shortlist this year, but it's very very old."

Of course, the development of language, which often involves traditional grammar going out the window, is the cause of irritation to some who care deeply about protecting the basic principles of English.

But both Dent and Brandreth say the evolution of language is precisely what excites them.

"I've decided to be less irritated and more intrigued by the way that language changes," says Dent. "But one of the things Gyles and I are always talking about on our podcast is how modern gripes are actually not so modern.

"The 'less' and 'fewer' debate has been going on for centuries. And whether we say 'nuclear' or 'nuc-u-lar'. 'Aitch' or 'haitch'. And 'disinterested' and 'uninterested'. Those terms have been confused for centuries.

"My big bugbear used to be mischievous or mischievious, because people were putting an 'i' in to rhyme it with devious. I used to hate it, but now I've decided it's a really fascinating snapshot of how pronunciation changes and leaves spelling behind."

Express yourself with DStv and GOtv

'Social media a breeding ground for hate'
Previous Item
NEXT

100 'most inspiring' novels revealed
Next Item