Joker: How it became the most profitable comic book film ever

Joker has become the most profitable comic book movie of all time, having made more than $950 million (£738m) at the worldwide box office.

It tells the story of how Arthur Fleck (played by Joaquin Phoenix) becomes the Joker, Batman's nemesis and one of the most infamous comic book villains ever.

Joker has now made more than 15 times what it cost to make, reports Forbes.

Director Todd Phillips made the movie on a budget of $62.5m (£49m), a fraction of the budget of many comic book adaptations.

Joker has even been tipped for nominations at 2020's Oscars.

"I think it's presented itself as the intellectual comic book movie - and people have bought that," film journalist Helen O'Hara tells Radio 1 Newsbeat.

It has also out-performed older movies such as Batman, Teenage Mutant Ninja Turtles and The Mask - which was previously the most profitable comic book movie. 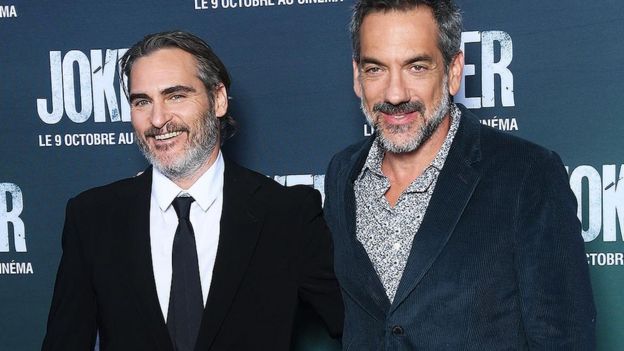 And Joker has achieved this success this without being released in China, which has the largest population in the world and can add huge numbers onto a movie's box-office total.

Movie censors in China are tight and overseas releases with too much sex or violence can be blocked.

"They are quite strict and that does present some problems for makers of traditional box blockbusters," says Helen.

"If you're making an R-rated movie, I think you know it's less likely to be released in China, which is one of the reasons the film had such a small budget."

She estimates success in China could add up to half a billion to a movie's box office profits.

But Joker has also been criticised for its portrayal of people mental health issues and the violence it shows.

And Todd Phillips has previously said one of the reasons he wanted to make Joker was because "woke culture" was stopping him making more films like The Hangover, and that a comic book adaptation felt like his only chance to make another "irreverent" film. 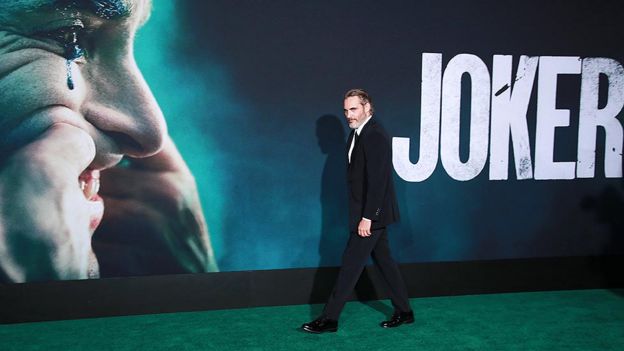 Helen doesn't rate Joker herself (describing it as a "very white man film") but says it does show "the power" of characters who have been around for decades - even if that means a lack of new stories and opportunities for diverse casting.

"You're going to have the fanboys scream at you if you cast - for example - a black man as The Joker," Helen says.

"You're also going to have people screaming at you if you only cast white people. So you get into this ridiculous situation where, because you're using old stories, you're caught between a rock and a hard place.

"The answer, of course, is to make new stories - but that's obviously riskier, or is felt to be riskier."

The film has been well received by critics and fans - it currently has a 69% critic rating and 89% audience score on Rottentomatoes.com.

And there could even be a sequel - with Joaquin saying that despite signing up for a "one-off", after starting filming Joker, felt there was "too much to explore" in just one movie.