US pop star Britney Spears will have her artwork displayed at a gallery in France from this Saturday.

Her debut exhibition, Sometimes You Just Gotta Play!!!!!!, will take up residence at the Galerie Sympa in the town of Figeac in south-west France.

The title is taken from an Instagram post made by the singer several years ago, which showed her painting outside.

The exhibition will mark the 21st birthday of her big-selling debut album ... Baby One More Time.

According to the gallery, the 38-year-old's first public art show will run "till the world ends," - a reference to her 2011 track of the same name.

Her flower painting, which was used to promote the show, was donated to a Las Vegas charity auction in 2017, helping the victims of the Root 91 Harvest music festival shooting.

A year ago, the performer scrapped her Las Vegas residency and announced she was taking an "indefinite" break from music, to focus on her father Jamie's recovery from a life-threatening illness.

Her dad served as her conservator for 11 years - meaning he was in charge of Spears' finances because of her ill-health - after Spears was placed in psychiatric care back in 2008.

Last year, he was legally relieved of his duties for "personal health reasons".

The singer reassured fans over her own wellbeing, following internet speculation that she was being held at a mental health facility against her will. This sparked the #FreeBritney campaign; a hashtag which appears again, ironically, in the promo for the new art show.

In an Instagram video in April, she rejected the theories, saying "all is well" and that she would "be back very soon".

"My family has been going through a lot of stress and anxiety recently, so I just needed time to deal," she added.

Spears is not the first musician to channel her creativity into physical artwork.

The Rolling Stones guitarist Ronnie Wood is well known for moving seamlessly from guitar licks to licks of paint. 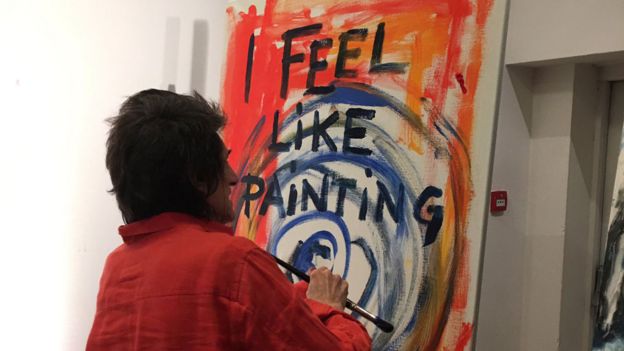 The 72-year-old rocker placed his paintings on display once again at a pop-up gallery in London just before Christmas.

A few years earlier, the former art student described his painting Sad Guitar - which featured in his book Ronnie Wood: Artist - to BBC Radio 4's Today programme as a combination of his two greatest loves, music and art.

"It's very influenced by the guitars of Georges Braque and Picasso. Those artists lay heavy with me as influences," he said. 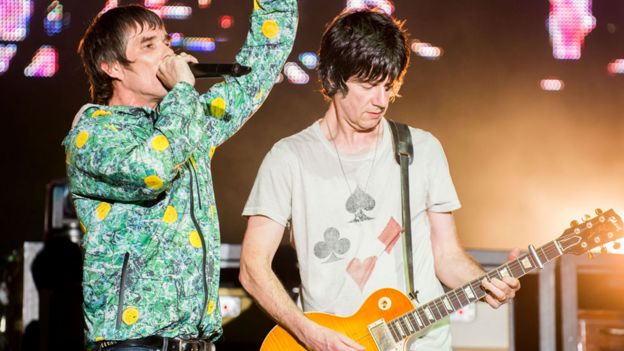 The large-scale oil paintings were based on photographs taken by the artist or found online and then put through a Snapchat filter that the 1995 Turner Prize winner had told Squire about.

The 57-year-old, who was responsible for the Manchester band's signature Jackson Pollock-inspired paint splash artwork, told The Guardian: "I don't think I'm a very good guitar player - or painter." 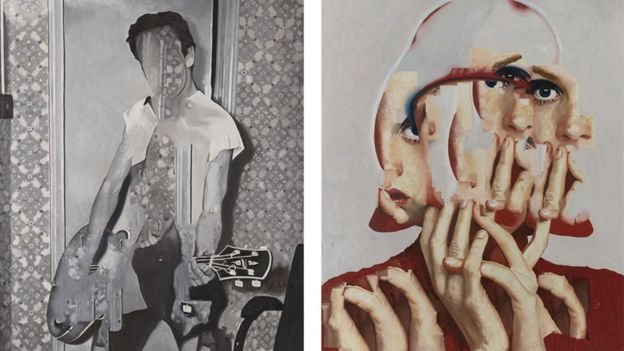 We'll agree to disagree on that one, John.

Last but not least, without blowing his own trumpet, it's fair to say seminal US jazz musician Miles Davis produced some pretty impressive artwork too, late on in his career.

Davis, famed for trailblazing records like Bitches Brew, only began painting in his mid-50s during a break from touring, but soon threw himself fully into it. 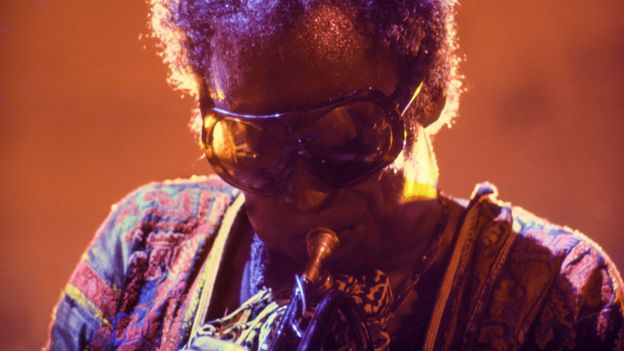 "It's like therapy for me, and keeps my mind occupied with something positive when I'm not playing music," he wrote in his self-titled autobiography in 1989.

His influences ranged from Picasso to Basquiat, via African tribal artwork. 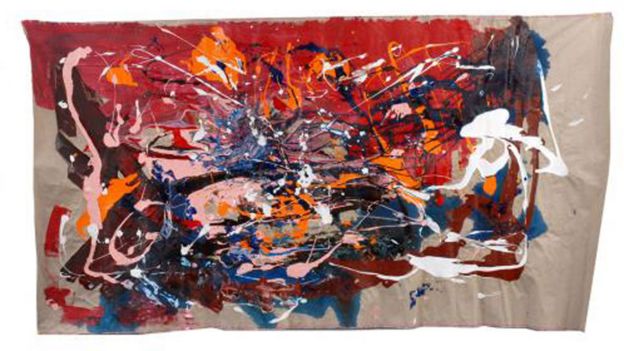 After his death in 1991, at the age of 65, Davis's estate took his paintings on the road, and in 2013, Miles Davis: The Collected Artwork was published.

Look out for the best of Britney's artwork in book form in time for Christmas 2020 (maybe, baby).

A look at 'The Lion King's visual effects
Next Item