Deborah Dugan described the Recording Academy as a "boys' club"

Voting for the Grammy Awards is "ripe with corruption", Recording Academy chief Deborah Dugan has claimed, days after she was suspended from her job.

Dugan said she was removed as retaliation for uncovering misconduct at the Academy, which runs the awards.

She has detailed allegations of sexual harassment, conflicts of interest and voting irregularities within the body.

The Academy has questioned why she did not raise the "grave allegations" until she was accused of bullying herself.

In a statement, it said she was accused of workplace harassment by a female colleague in December. Dugan has denied the bullying claim.

The Academy said it has launched two independent investigations - into the complaints made by Dugan, and those made against her.

Dugan also said she was paid "substantially less" than her two male predecessors.

This year's Grammys ceremony will see some of the world's biggest pop stars honoured in Los Angeles on Sunday, but it risks being overshadowed by the row.

The allegations in Dugan's 44-page discrimination complaint, which has been filed with the Equal Employment Opportunity Commission, will prove deeply unsettling for the Academy. The body has struggled to reform its reputation after being criticised for overlooking women and BAME recording artists.

Dugan was hired last August to help correct these problems and rejuvenate the institution. But she claims she met resistance from the start, characterising the organisation as "boys' club network where men work together to the disadvantage of women and disenfranchised groups in order to line their own pockets and maintain a firm grip on the Academy's dealings".

Here are some of the main accusations. 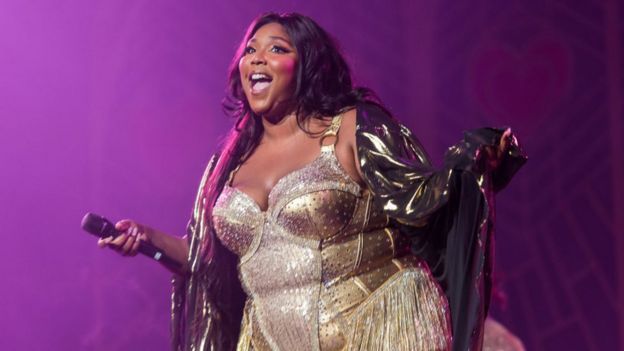 The Grammys voting procedures are notoriously opaque, with what Dugan describes as "secret committees" reviewing a longlist of 15 to 20 nominees in most categories, before whittling them down to the five or eight artists they feel are best representative of the list.

Dugan alleges the process is rife with irregularities, such as:

The complaint also criticises the lack of diversity in these committees, saying that "between 2012 and the present, the board has been approximately 68% male and 69% Caucasian".

Dugan says she was sexually harassed by the Academy's general counsel and former board chair Joel Katz while she was being considered for the organisation's top job last May.

Katz invited her to dinner, where she says he made her "uneasy" by repeatedly commenting on her appearance, remarking how pretty she was and calling her "baby".

He also "talked about his marriage that had failed" and at the end of the dinner "leaned forward, lips pursed, as [if] to kiss me", she said.

"Mr Katz believed they had a productive and professional meeting in a restaurant where a number of members of the board of trustees of the Academy, and others, were dining," he added.

"Ms Dugan's claims are made, for the first time, seven months after this dinner took place. Mr Katz will co-operate in any and all investigations or lawsuits by telling the absolute and whole truth. Hopefully Ms Dugan will do the same." 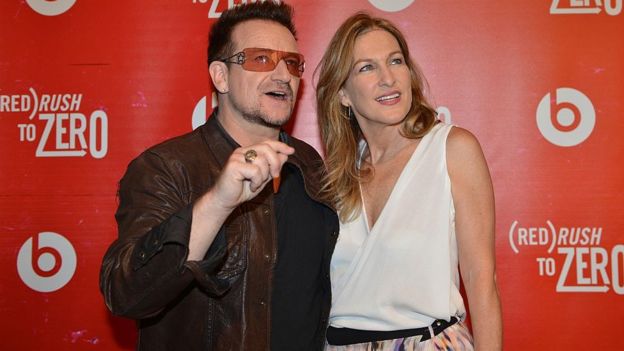 Dugan's complaint alleges that her assistant was monitoring her emails and sharing information with Academy board members and executives.

The complaint says Dugan found her work unsatisfactory and she offered her a new position, but the assistant refused and took a leave of absence.

A lawyer for the assistant later sent the Academy a letter accusing Dugan of "being a bully", eventually leading to the chief executive's suspension.

The Recording Academy said Dugan "was placed on administrative leave only after offering to step down and demanding $22m (£16m) from the Academy, which is a not-for-profit organisation".

In response, Dugan said the $22m figure was "flat out false", while her lawyers called the Academy's statement "a transparent effort to shift the focus away from its own unlawful activity".

In a statement, the Academy said: "It is curious that Ms Dugan never raised these grave allegations until a week after legal claims were made against her personally by a female employee who alleged Ms Dugan had created a 'toxic and intolerable' work environment and engaged in 'abusive and bullying conduct'.

"We immediately launched independent investigations to review both Ms Dugan's potential misconduct and her subsequent allegations. Both of these investigations remain ongoing."

The statement did not address any of Dugan's specific allegations, but expressed regret that this weekend's Grammy Awards were being overshadowed.

"Our loyalty will always be to the 25,000 members of the recording industry. We regret that 'Music's Biggest Night' is being stolen from them by Ms Dugan's actions and we are working to resolve the matter as quickly as possible."

Charlize hasn't 'dated for over 5 years'

Filming resumes on 'The Batman' movie

Alicia Keys: I felt I was from another planet

‘Mulan’ gets cold reception in HK

Ghana to host Afronation for 5 years
Previous Item
NEXT