Lewis Capaldi was the big winner and Dave stole the show at the 2020 Brit Awards, on a night filled with tears, cheers and more dancers than the finalé of Grease.

But there's always more to the show than the awards we see on screen. So who were the night's real winners and losers?

Backstage after winning best male, Stormzy spotted Lewis Capaldi and expressed his love for the star's hit single Someone You Loved.

"That's my favourite song of the year," he declared, breaking into the chorus before calling Capaldi over for some assistance.

What followed (see above) is one of the most moving moments in film since Bambi's mother died. 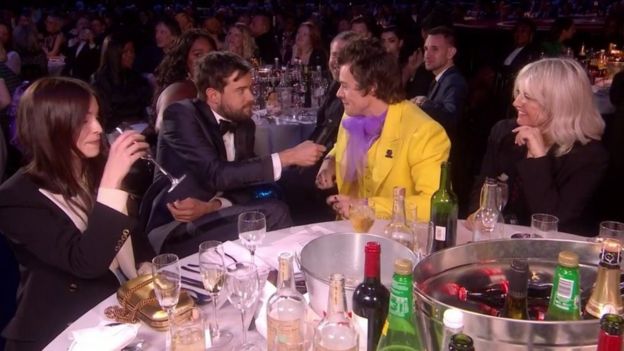 "The ladies go crazy for Mr Harry Styles!" announced Brits' host Jack Whitehall, as he pulled up a chair beside the former One Direction star.

"I don't want to pry - but have you brought someone with you tonight?" he continued, before gesturing to a young woman in the adjacent seat and asking: "Is this your date?"

Best use of a Freedom pass: Ronnie Wood 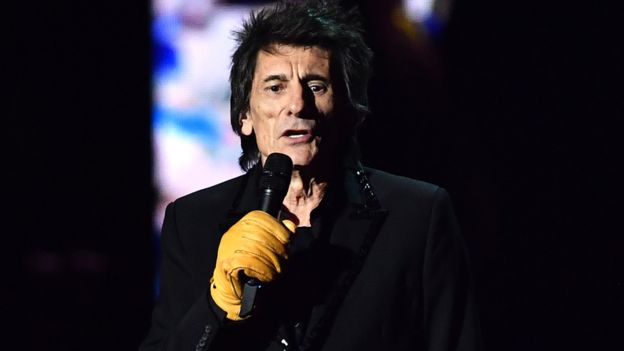 He even documented the journey on Twitter (presumably rock royalty get access to a secret subterranean WiFi code that's denied to us mere mortals).

The star later reunited with his other band, The Faces, to end the show - but not before he presented best British male to Stormzy, wearing what appeared to be a pair of bright yellow washing up gloves.

"Ronnie must have been backstage doing the dishes," wrote one user on Twitter.

Or maybe, suggested another, "he's just waiting for his eagle to fly back." 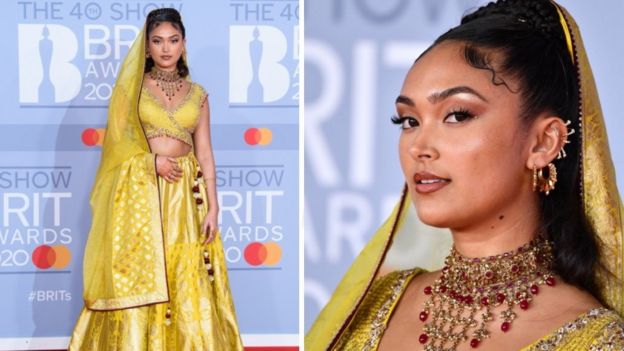 Bangladeshi-Irish singer Joy Crookes was nominated for this year's rising star award (as well as coming fourth in the BBC's Sound of 2020) and decided to use her Brits debut to send a message about representation.

"I wanted to wear traditional clothes and make a statement," she told the BBC.

"I hope there's a lot of young girls watching [this] and seeing someone that dresses the way that their mummy or their auntie or their grandma dresses." 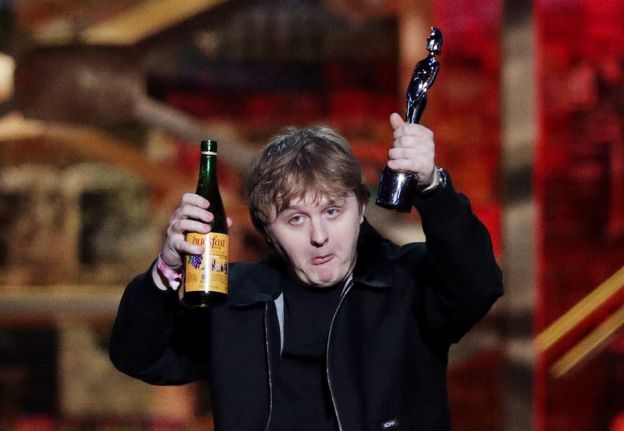 "Hello, my name is Lewis, thanks very much for this," said Lewis Capaldi, accepting the best single prize for his number one ballad Someone You Loved.

"A lot of people think this song is about my ex-girlfriend who you can see every night on Love Island," he added, in reference to Paige Turley, who's been taking part in the ITV 2 programme.

"But it's actually about my grandmother who sadly passed away a few years ago. I hope to God ITV don't contact her to be on a reality dating show."

He went on to thank his mother and father "for making love" before adding: "And thanks to my grandma... er, I guess, for dying. I'm sorry!"

Pop group Bastille were in the running for best British group for the third time in their career, but frontman Dan Smith didn't rate their chances.

To make sure they weren't embarrassed on live TV, we got them to rehearse their "gracious loser" poses on the red carpet. (You can see the results above).

Special commendation in this category goes to Lizzo who, after losing best international female to Billie Eilish, "borrowed" the trophy and had a taste of it.

Spiciest tribute: Bring Me The Horizon 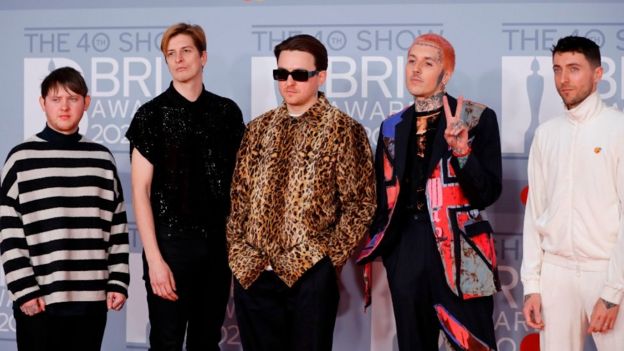 Swing it, shake it, move it, make it - who do Bring Me The Horizon think they are?

The best group nominees came dressed in some eerily familiar outfits, in tribute to one of the most iconic Brits' performances of all time.

If you haven't spotted it yet, look closer (but not Too Much) and we'll show you what we mean. 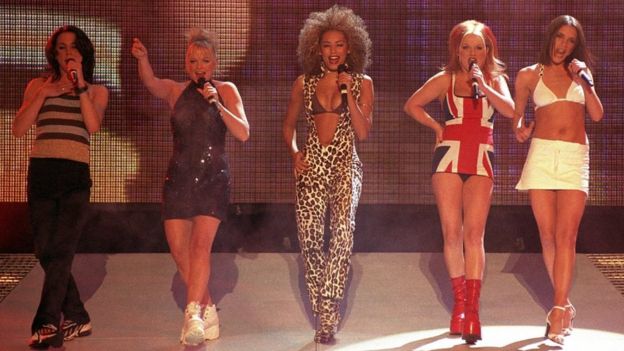 Is it just us, though, or did Jordan chicken out of his attempt to copy Posh Spice's bikini top / mini skirt combo? 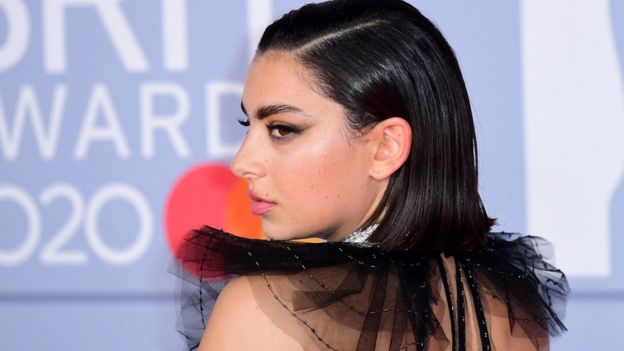 From the moment the Brit nominations were announced, it was clear there was a major lack of female nominees.

In the four categories where men and women could compete, only three female artists received a nomination: Mabel, Miley Cyrus and Normani (and the latter two were featured singers on singles by male artists)

The ceremony attempted to redress the balance by focusing on performances from Lizzo, Billie Eilish and Mabel; but it was an issue at the forefront of people's minds.

"In this industry, the people nominated reflect the people who run it," said former best female winner Paloma Faith. "It's mis-representational of society.

"And once you make it as a woman, we're judged harshly as well - so it's hard to stick around, as we're more prone to being bullied and trolled."

"I don't agree with hashtags. I want people to act."

Charli XCX said the lack of female nominees for best album was astonishing, and reeled off a list of names who could have been eligible.

"It's really important for women to support women," she said, "but it's also fun. When women get in a room together to create art, there's a certain power and like-mindedness that's really inspiring.

"Next year, the Brits can do better."

(NB: With high-profile albums on the way from Adele, Dua Lipa and Anne-Marie, they probably will). 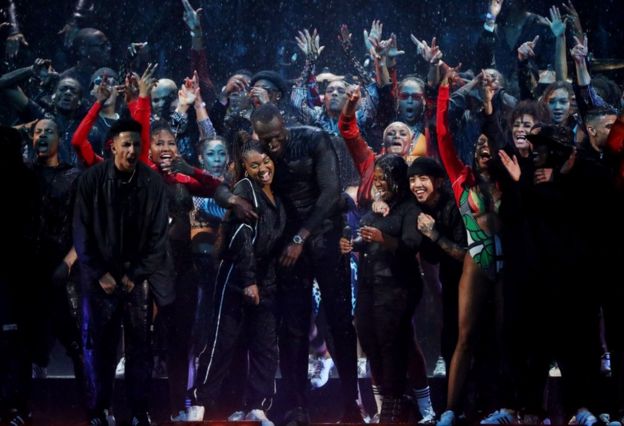 Stormzy seemed to have half of London up on stage by the time his performance ended - but who could blame him? The ebullient medley of Don't Forget To Breathe, Wiley Flow, Own It and Rainfall showed off every facet of this multi-talented performer; as he performed a victory lap for his domination of the 2018 Brit Awards. 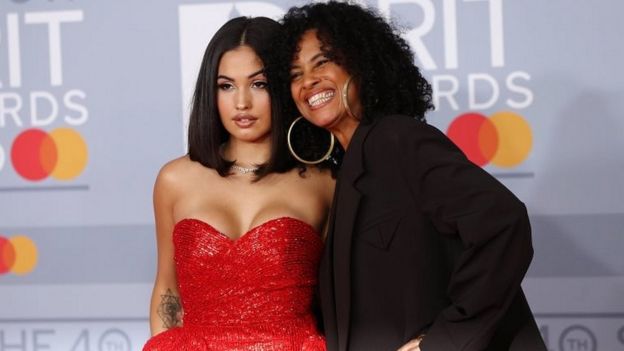 When Mabel bagged the Brit award for best British female, the first person to congratulate her was her mum, former Brit Award-winner Neneh Cherry.

"Wow, this is so wild," said Mabel as she took to the stage. "It's been a crazy journey.

"I had the honour today of walking the red carpet with my amazing mum. It's 30 years since she won two of these… so it's a very special night."

It's just a shame we didn't get to see an anniversary duet of Buffalo Stance. 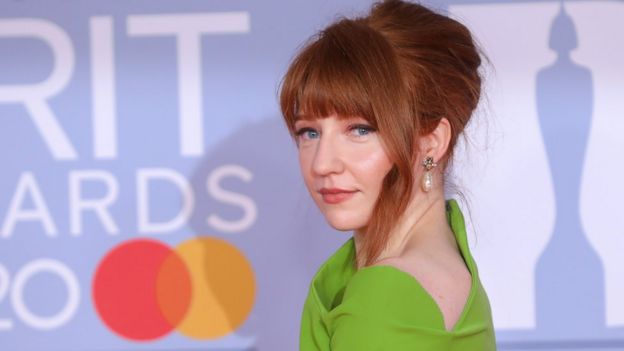 Days after winning The Masked Singer, Girls Aloud star Nicola Roberts walked down the red carpet wearing Queen Bee earrings in tribute to her costume from the ITV singing show.

The star said she'd found it difficult to keep her identity secret during the show's run - and revealed she wasn't even allowed to tell her mum and dad that it was her hiding under the mask.

"They worked it out because they knew my voice, but I never admitted it," she said.

They weren't the only ones to guess the Queen Bee's true personality, which made life even more problematic.

"From the very first episode, my phone has literally almost combusted," said the star. "I'd dread Saturday night. I wouldn't even go on WhatsApp because I didn't want people to see that I was online and ignoring their texts. It was really difficult."

After winning the show, and removing the mask, she's off to star in a West End production of City Of Angels, after which she's thinking about making a return to pop.

"I would love to make a body of work again," she told the BBC. 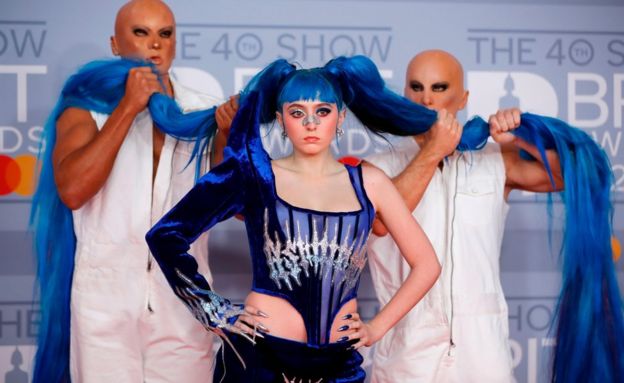 US singer and model Ashnikko went for a look we're calling "Smurf Rapunzel" as she walked down the red carpet. 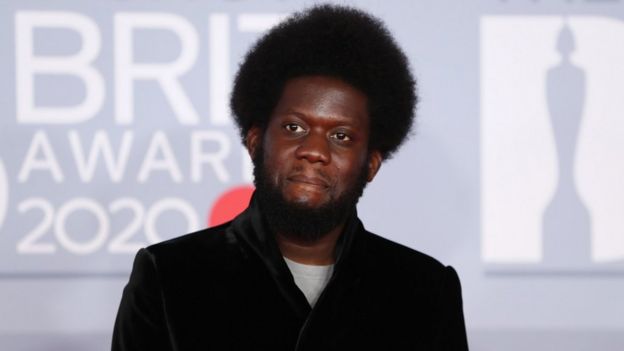 Soul singer Michael Kiwanuka was wearing a brand new velvet jacket to celebrate his dual nominations for best album and best male artist... But he wasn't sure it would survive his appalling table manners.

"I'm a bit scruffy," he said. "Yesterday I got a new white jumper and immediately spilled red sauce down it.

Ellen returns to TV from her living room

Weinstein : From studio to courtroom
Previous Item
NEXT