Scottish artist George Gibson created the movie scenery which helped define the look of legendary films including The Wizard of Oz during Hollywood's golden age. Now his family hope he will finally get the wider recognition he did not receive at the time.

In the 1930s and 40s, movie backdrops had to be created on indoor sound stages by crews of scene painters who conjured up everything from cityscapes to rolling hills.

Film studio Metro-Goldwyn-Mayer (MGM) was one of the leading exponents of the art, all produced under the watchful eye of George Gibson.

His backdrops were as large as 60ft x 150ft (18m by 45m) and so realistic that the audience often did not realise the setting was a soundstage.

Gibson was born in Edinburgh in 1904 and grew up in the shadow of the castle, before later moving to Fochabers in Moray when his father got a job as tailor.

His interest in drama at school led to him discovering his talent for scene painting and he returned to Edinburgh College of Art to study fine art along with engineering.

He also studied at Glasgow School of Art with the master scenic designer William E. Glover.

Gibson's daughter Jean says her father had wanted to work in the big theatres in London, but was having trouble getting work so he decided to pack up and head to New York.

"The day he sailed to America in 1930 his parents received a letter offering him a job in London," his daughter says.

In an effort to find better weather and work in America, a friend convinced Gibson to move out west to California - where he picked up odd jobs such as illustrating storyboard art at Metro-Goldwyn-Mayer.

By 1938 he became head of the scenic design department, where he helped construct the MGM scene painting workshop, which was arguably the finest in the country.

He convinced the studio heads to construct a pioneering new building where all the backdrops could be painted centrally on movable frames rather than the fixed scaffolding of the soundstages. 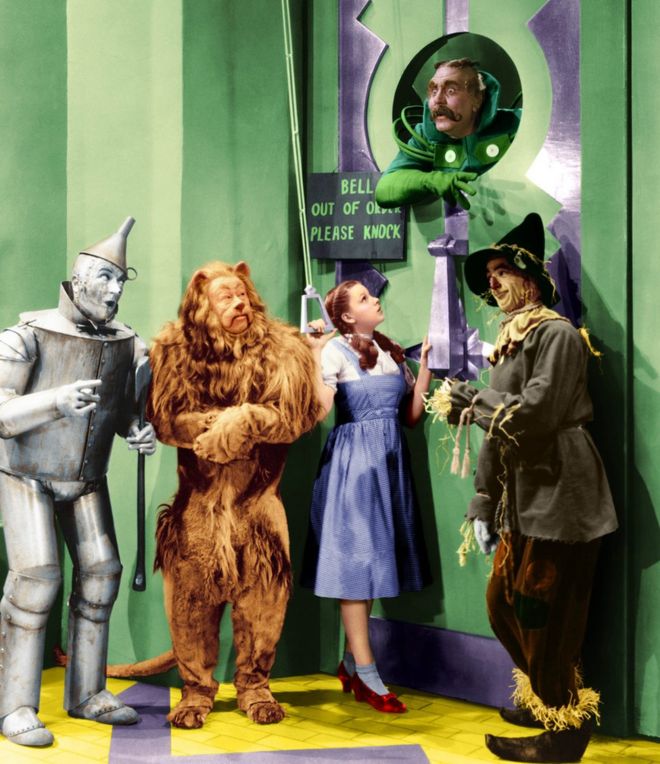 These days the visual effects would be done digitally but in 1939 the whole world of Oz had to be created by using backings and hand-painted scenery.

The production required three months of painting and was done in total secrecy.

Film aficionado Mark Cousins first came across Gibson when he was director of the Edinburgh film festival in the 1990s.

He was struck that an Edinburgh man ended up painting some of the most iconic images in cinema.

He thinks the image of the city's capital inspired his imagination when drawing the famous Emerald City. 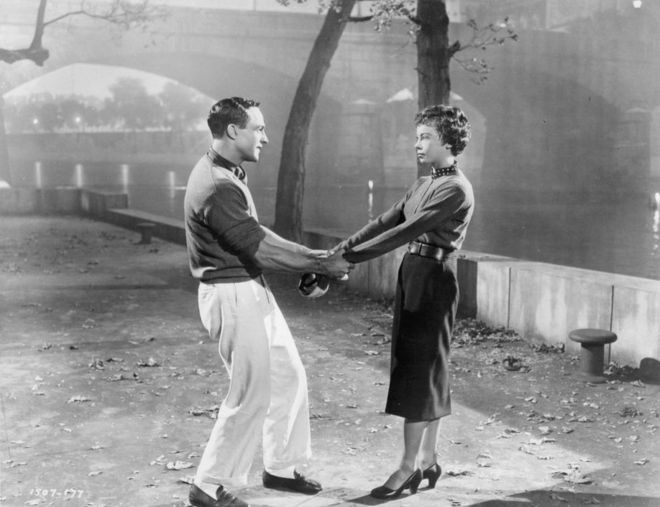 Gibson's daughter Jean Gibson-Gorrindo was not born until 1950, when her father was 46, so she cannot be sure of his influences.

However, she does remember him recreating the Sistine Chapel for the 1968 drama The Shoes of the Fishermen, about the election of a pope.

"The Vatican said 'you can't go in there with your hot lights and all your people, you'll ruin it'," she says.

"So my dad got this emergency call from Italy. They said: 'George, we need the Sistine Chapel. You've got to paint it'.

"They painted it in pieces and shipped it over to Italy and they build it and filmed it and you couldn't tell that you were not in the Sistine chapel." 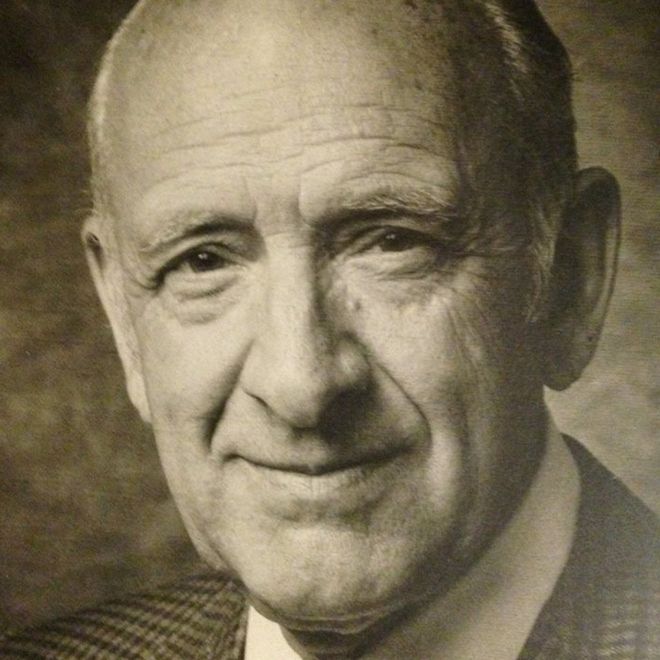 Jean added: "My father and my mother attended the premiere of this film and there were some Catholic bishops and cardinals behind them and he heard them say 'I thought they weren't going to let them film in the chapel'."

George retired a year later but painted at home every day until he died in 2001, at the age of 96.

Like many scenic artists he was never credited for his work.

"The studios did not want you to know that the actors were standing in front of a painting," his daughter says.

"They wanted to maintain the illusion that they were outside." 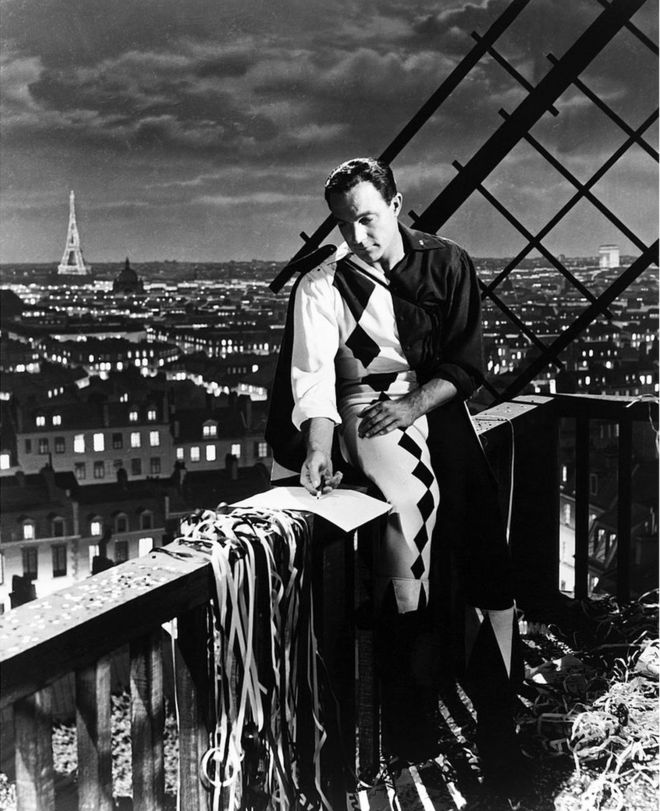 Two years ago, a Hollywood company that had acquired backdrops from the golden age decided to cull its collection.

More than 200 were saved from the dump by the Art Directors Guild, which unrolled, photographed and catalogued each one, and then set about finding homes for them.

Six of the backdrops, including ones from Madame Curie, which starred Greer Garson and Walter Pidgeon, and The Washington Story, from 1952, have been donated to the Royal Conservatoire in Glasgow.

Jean is hoping that as a result, her father might finally start to get the recognition he deserves.