Bafta Games Awards: How to host a ceremony in lockdown

When you're hosting an awards ceremony during lockdown, the first thing you do is ask all the nominees to record a winners speech - just in case.

Well that's what Bafta has done in preparation for its pre-recorded Games Awards.

There might not be a traditional red carpet, champagne reception or live audience but organisers are still hoping to capture some of the magic of a live event.

"Sounds crazy doesn't it," says Emma Baehr who's in charge of the ceremony, "but that's where I think the excitement will come in".

"People will have recorded things that will never get played out, but it's how we can make it feel live.

"Nobody knows the results, they'll all get revealed on the night, so the nominees are tuning in from home not knowing who's won." 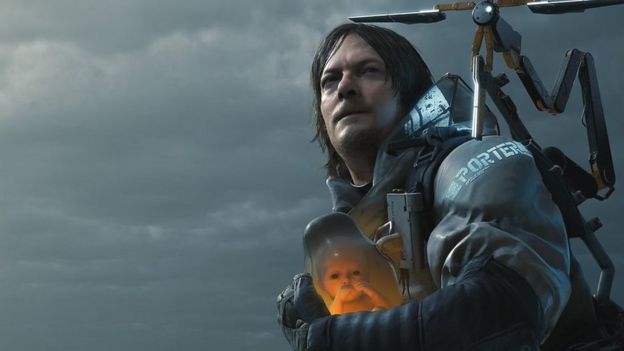 Bafta made the decision to cancel its annual live Games Awards event back in March.

It's been recognising achievements in the gaming industry for more than a decade and became one of the first major awards ceremonies to be impacted by coronavirus.

Given the rules around social distancing, host Dara O'Brien has been filming in his basement (still wearing a tuxedo).

Keeping the mystery of who's won though is key to Emma.

"Maintaining the integrity of the ceremony was important to the team.

"Dara doesn't even know the winners, because he wouldn't usually know them on the night so we didn't want to change any of that.

"It's probably been quite frustrating for him! Just saying 'And the winner is…' but not actually knowing!

"It's important because it keeps the live element so everybody finds out at the same time as the winners on the night."

The mysterious Control and Death Stranding lead the nominations with 11 each.

There are plans for a virtual red carpet with online video interviews before the show officially starts, and the hope is that people will turn to social media to react to the winners.

Nominated studios, industry professionals and fans have told organisers they're planning on hosting viewing parties and posting images and videos throughout the night. 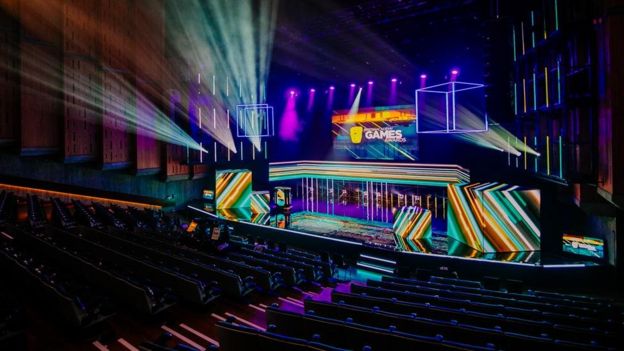 Emma says: "Why not?! We don't have nights out any more so we should continue as if we would on the night.

"Dress up, pour yourself a drink and get involved on social media.

"There' so much talent in the nominations that it would be such a shame if we couldn't celebrate that."

These are the first major awards to try to host an event in the current climate. No doubt other awards ceremonies will be watching to see if it works.

Emma says that Bafta will be learning from the experience too.

"It's been a chance to be creative.

"We've got other awards coming up at Bafta and we're looking at what the options could be for them, since they've been postponed for now."

The Bafta Games Awards start at 7.30pm on Thursday 2 April.