The road map to peace in Dagbon is feared to hit a snag following the unyielding positions taken by both the Abudu and the Andani Royal families over the occupancy of the Mba Dugu’s residence that is close to the temporary Gbewaa Palace in Yendi in the Northern Region. 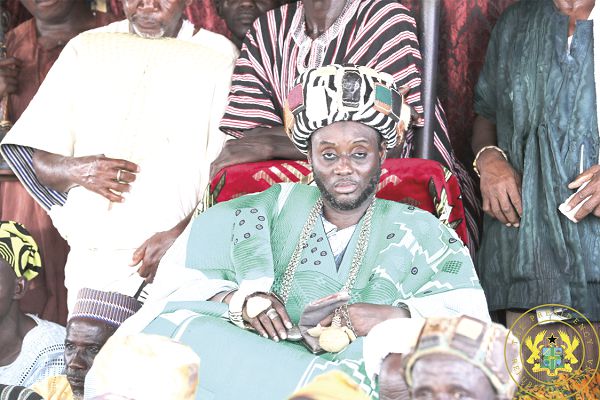 In a statement issued in Tamale yesterday by the President of the Abudu Youth, Alhaji Mugisu Sibawey, the Abudus said: “We wish to state without any equivocation that Bolin Lana Mahamadu Abdulai is not moving an inch from where he is temporarily residing.

This demand is mischievous, preposterous and unachievable.”

They added that the Mba Dugu’s residence “plays absolutely no role in the performance of a funeral of a Yaa Naa. Was the ‘Gundonaa’ and ‘Yeni Limam’ housed in that palace during the funeral of Yaa Naa Mahamadu Abdulai IV? What is good for the goose is equally good for the gander”.

“To use the relocation of the Bolin Lana as an excuse not to perform the funeral of Yaa Naa Yakubu Andani II smacks of bad faith after they (Andanis) succeeded in delaying the whole programme for a week,” the Abudus said.

They also contended that the “Kampakuya Naa was supposed to have vacated the temporary palace before the performance of the funeral of Yaa Naa Mahamadu Abdulai IV commenced at the Gbewaa Palace, but the Kampakuya Naa paid deaf ears, in open flagrance of the directive of the Committee of Eminent Chiefs with impunity”.

The Abudus explained that the Bolin Lana accepted to move into the Mba Dugu’s residence “for the sake of peace and for the fact that Dagbon is not in normal times. He was offered that palace by the Northern Regional Security Council (REGSEC)”.

According to the statement, therefore, the Bolin Lana did not take to a forcible occupation of the palace, as alleged by the Andanis.

The Abudus also denied that the Bolin Lana was carrying himself as a de facto Yaa Naa and carrying out certain rituals, including the beating of drums, especially the ‘tumpana’.

They described the allegations as “naked lies, propaganda and miscalculated attempts” to deceive Ghanaians.

“If we must follow real custom, a regent of Dagbon, upon performance of the final funeral rites of a Yaa Naa, would normally and immediately be enskinned. He does not go out of the Gbewaa Palace until his enskinment,” they further added.

On threats to peace in the

area, the Abudus denied claims that some chiefs in the family were planning to attack their cousins, the Andanis, and alleged that the latter were rather orchestrating an attack on the Bolin Lana at the Mba Dugu’s residence.

Meanwhile, the convoy of the Paramount Chief of the Sagnarigu Traditional Area in the Northern Region, Naa Yakubu Abdulai, was attacked yesterday evening, as he entered Yendi ahead of the commencement of the final funeral rites of Yaa Naa Yakubu Andani II.

The Sagnari-Naa’s convoy was pelted with stones by a crowd that had gathered on the road. It took the timely intervention of the police, who came in with crowd control vehicles and fired warning shots to disperse the crowd.

As at the time of filing this report at 6.30 p.m. yesterday, the Sagnari-Naa had been sent to the residence, where he would be staying during the funeral of Yaa Naa Yakubu Andani from today to Friday, January 18, 2019.

The Chief of Sagnarigu is one of the chiefs who were on their way to Yendi, the capital of the Dagbon Traditional Area, to take part in the performance of the funeral of Yaa Naa Yakubu Andani.

Later there was a clash among some Andani and Abudu youth, leaving one person dead and three others sustaining injuries after some misunderstading.

The victims, whose names have not been given, were said to be responding to treatment, while the body of the deceased has been deposited at the morgue of the Yendi hospital.

Even though the police could not respond to calls by the Daily Graphic, eyewitnesses claimed that the clash was between some Abudu and Andani youth in Yendi.

As part of preparations for the performance of the final funeral rites of Yaa Naa Yakubu Andani, some notable chiefs from various parts of the Dagbon are heading to Yendi with their retinues.

According to the committee, the continued stay of the Regent of Naa Mahamadu Abdulai IV, Bolin Lana Mahamadu Abdulai, at the Palace of Mba Dugu presented a major obstacle to the performance of the funeral.

The petition was signed by the Chairman of the committee, Tong-lana Yakubu Andani, and copied to the President, Nana Addo Dankwa Akufo-Addo, and the National Security Minister, Mr Albert Kan-Dapaah.

It explained that the Mba Dugu’s residence would house the Yaa Naa’s Chief Imam and the Queen Mother of Dagbon, the Gundo Naa, who played critical roles during a Yaa Naa’s funeral.

Meanwhile, the Northern Regional Minister, Mr Salifu Sa-eed, has confirmed to the Daily Graphic in Tamale that the final funeral rites of Yaa Naa Yakubu Andani II would come off as scheduled.

According to him, preparations were going on towards the performance of the funeral, with customary processes beginning today.

On the issue of the Mba Dugu’s residence which has become a bone of contention between the Abudus and the Andanis, he explained that the residence was not part of the old Gbewaa Palace and that the Bolin Lana was only asked to stay there temporarily.

The Asantehene-led Committee of Eminent Chiefs, on November 16, 2018, made a declaration to bring finality to the almost two-decade-old conflict between the Abudu and Andani Royal families in Dagbon when it presented the road map to peace in the troubled kingdom to President Akufo-Addo at the Flagstaff House in Accra.

The committee was set up by former President John Kufuor in 2002 to find a lasting solution to the long-drawn-out Dagbon chieftaincy dispute, after the killing of Yaa Naa Yakubu Andani II in Yendi in March 2002.

Retain GNAPS on the Board of GES

Health practitioners to abide by guidelines