Mrs Raissa Sambou, a lactating mother was rushed to the emergency unit of the Ridge Hospital

Three journalists from the Ghanaian Times newspaper who were on their way for the day’s assignment were Thursday morning assaulted by about ten police officers at Kinbu in Accra Central.

The assault followed a traffic offence and an accident involving a police officer who was using an unregistered motorcycle and the official Ghanaian Times vehicle, which was transporting the journalists to their various assignment venues.

The about 10 police officers who were not happy that the journalists had tried to record (video) the accident and the ensuing exchanges between their driver and the police motor rider, pounced on the journalists and physically assaulted them.

Mr Malik Sullemana, a court reporter, Mrs Raissa Sambou, a general reporter and Mr Salifu Abdul Rahman, an assistant editor, felt the full effect of the brute force used by the police officers, leading to two of them being sent to hospital to receive medical attention.

Mrs Sambou, a nursing mother who recently gave birth through surgery (caesarean) was rushed to the emergency unit of the Ridge Hospital, while Sullemana, who received a chunk of the assault was locked up at the Ministries Police Station, but was later released. 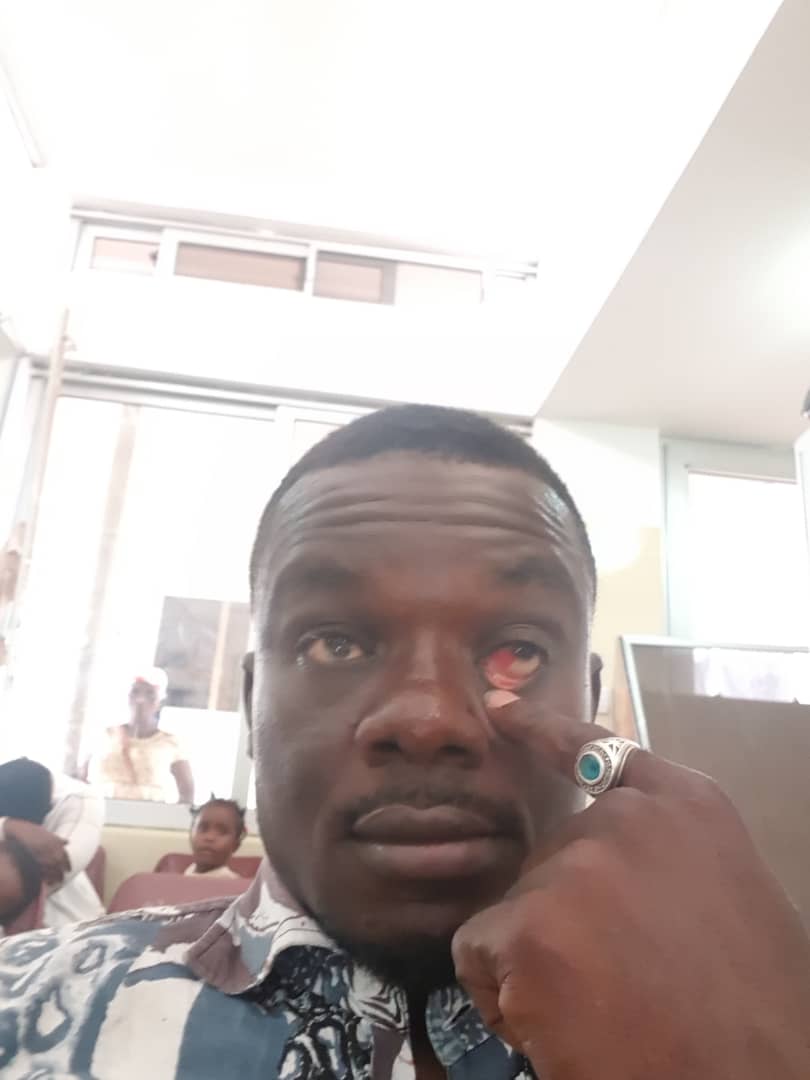 Mr Sullemana (pictured above) has since been treated and discharged from the Cocoa Clinic in North Kaneshie, but as of 6pm, Mrs Sambou was still on admission at the Ridge Hospital and was responding to treatment.

One policeman riding an unregistered motorbike hit the Ghanaian Times vehicle at about 8:45 am and sped off.

The police rider was said to have hit the left side of the front bumper and also broke the side mirror of the Nissan saloon car.

The pillion motor rider who was with the policeman reportedly saw what happened and tried to stop him, but the policeman later identified by Graphic Online as Sergeant Ebenezer Asiedu of the Accra Regional SWAT Unit rode off.

The Ghanaian Times driver chased and managed to block the policeman on the motor around Kinbu, a few metres away from the accident scene.

Malik Sullemana reportedly got off the vehicle and started filming the exchanges between the policeman and the Ghanaian Times driver and the policeman reportedly attempted to snatch the mobile phone but was not successful.

Angered by the development, the policeman was said to have punched Sullemana in the face, and blood gushed out of his nose.

Other police officers and a soldier in uniform who were on a patrol and chanced on the development, reportedly joined their colleague to assault Sullemana who said he was “pushed, kicked, slapped, punched, insulted and head-butted.”

Raissa collapsed and was rushed to the Greater Accra Regional Hospital for treatment.

According to Sullemana, during the ensuing melee, Mrs Ebu collected his phone and gave it to the driver - Francis - for safekeeping.

He said the police insisted they needed the mobile phone and handcuffed and put him in a police vehicle and sent him to the Ministries Police Station and detained him for about four hours.

According to Sullemana, the police ignored his plea for them to send him to the hospital for medical attention and while “lying almost motionless in the police cell, they brought me out and dragged me on the staircase to an office on the second floor.”

“At the office, they requested to take my statement but I insisted to write my statement only in the presence of my lawyer. Flowing from this, they sent me back into the cell and urged the inmates to beat me up,” Sullemana recounted.

He said “One S. Nukunu who was at the counter, hit me on the back several times. A few moments later, ACP David Eklu, Director of Public Affairs, Ghana Police Service, DSP Effia Tenge, Greater Accra Police Public Relations Officer arrived in the company of junior policemen. By this time, the Editor of Ghanaian Times, David Agbenu and News Editor, Matthew Ayinne Ayoo were waiting at the Crime Office.”

“Then I was brought out from the cell and issued a police medical form after reasons prevailed that I should come and write my statement the next day. I was sent to Cocoa clinic at North Kaneshie, treated and discharged.”

According to Sullemana, the officers who assaulted him said "journalists only make noise when they are assaulted and that this one too shall pass."

Sullemana alleged that the assault happened in the presence of a senior policeman of the rank of DSP who urged his men on. 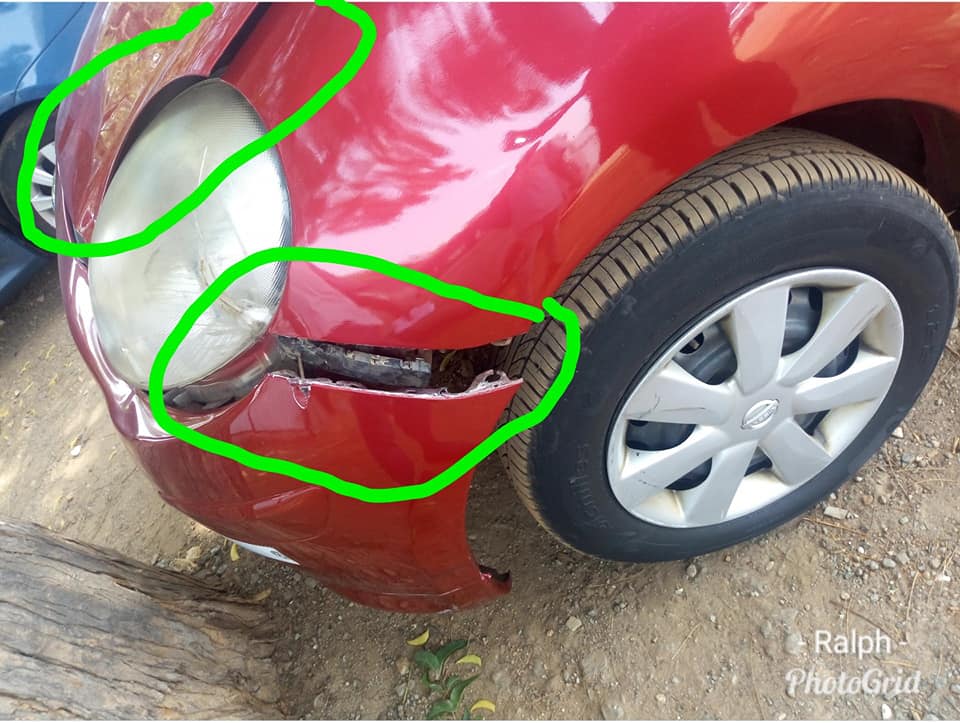 The Ghanaian Times vehicle which the policeman hit with the unregistered motorbike. 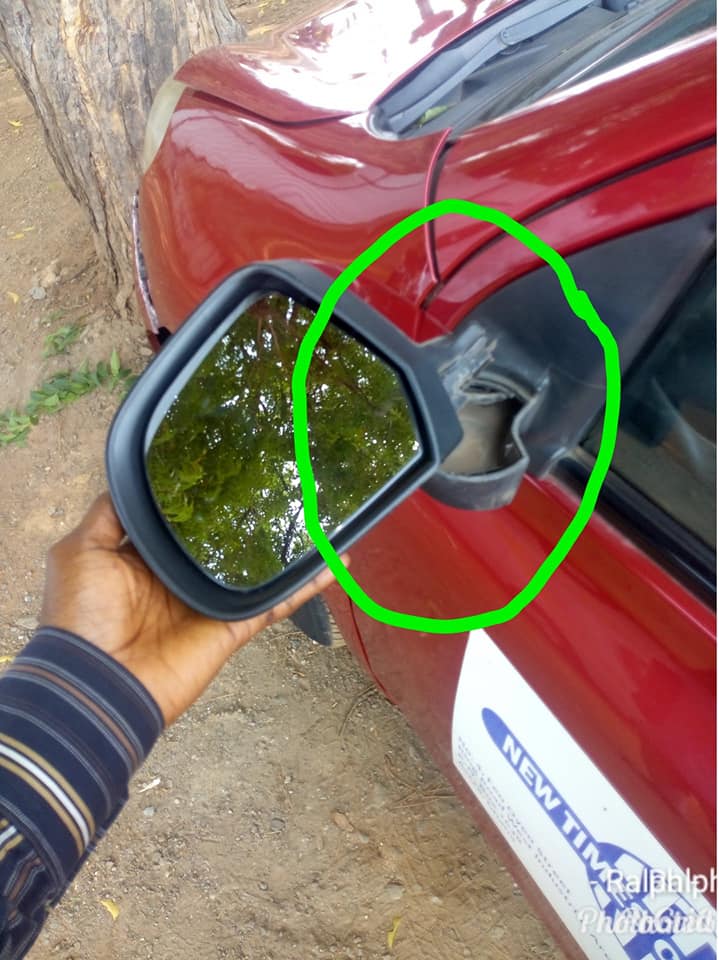 Completion of irrigation schemes this year

FAB gives to Cape Coast school for the blind

We are taking inventory of seized equipment