The Ghana Armed Forces (GAF) have commenced investigations to establish how a Ghana Air Force aircraft yesterday morning overrun the apron at the Air Force Base in Accra.

A preliminary investigation team has, therefore, been constituted to come up with an initial report within 48 hours.

The incident, which occurred during a routine engine run, did not record any casualty.

A statement signed by the Director of Public Relations of the GAF, Colonel Emmanuel Aggrey-Quarshie, said the team must present its report within 48 hours.

“The Ghana Air Force aircraft CASA C295, with registration number GHF552, during a routine engine run in Accra this morning, overrun the apron.

“A preliminary investigation team has been constituted to come up with an initial report within 48 hours,” it indicated.

Although there were two pilots who were running the routine test, they did not suffer any injury, neither was there any casualty recorded on the ground.

“There were no casualties to any crew member or any member on the ground, as there were no passengers on board the aircraft,” the statement indicated.

When contacted, Col Aggrey-Quarshie said: “This is the first time we are recording such an incident. The aircraft was not flying; we were just warming the engine.”

He said Ghana Air Force personnel ran the engines of all the aircraft owned by the Air Force.

He said the report of the investigation team would help establish the cause of the runover and help the Ghana Air Force to put in place remedies to prevent future incidents.

The GAF used the opportunity to assure the public, and especially its clientele, that the Ghana Air Force was still operational, and that its activities had not been affected by the incident.

It said the morale of personnel was high and all were going about their normal activities. 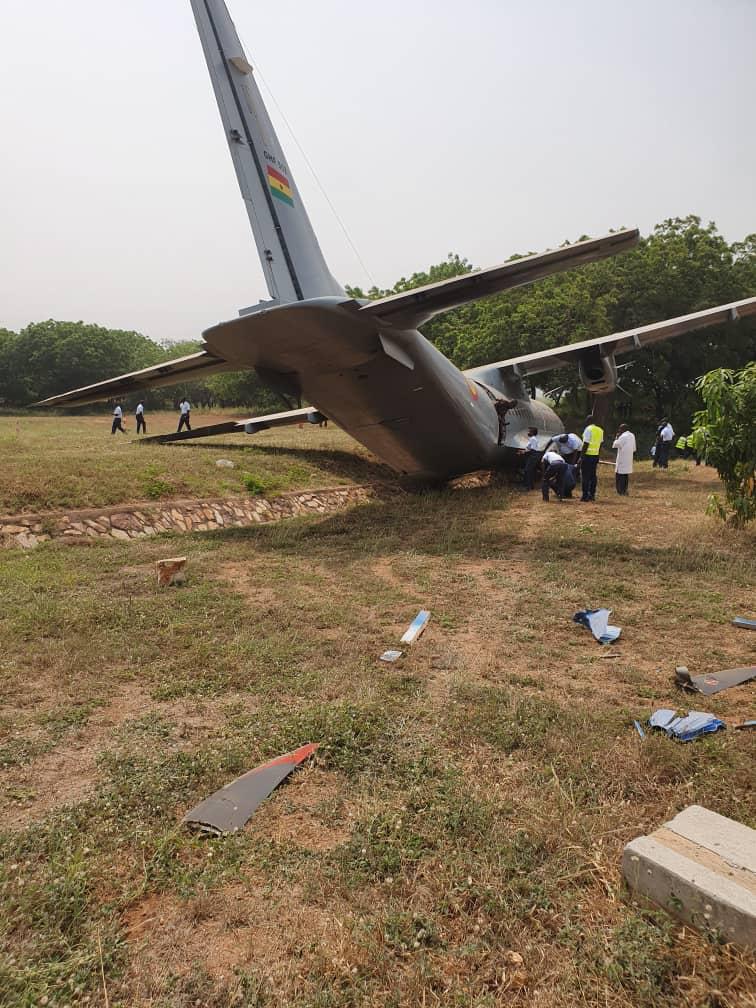 Col. Aggrey-Quarshie said the aircraft was recoverable and that its manufacturers, Airbus, had been notified of the incident and that a team from the company had been dispatched to Ghana to join their Ghanaian counterparts to conduct a thorough assessment of the damage and possibly fix it to make it safe for use again.

He explained that the aircraft, in line with industry requirement, was supposed to go for a mandatory refurbishment, as it was four years old.

The CASA C295 aircraft, manufactured in Seville, Spain in November 2015, was delivered to Ghana in February 2016.

It is one of two aircraft used as a means of transport by the GAF, together with the Fokker F 27.

However, the C295 has not been operational since October 2019, as it is yet to undergo the mandatory check or servicing due in November 2019.

In November 2017, the aircraft, deployed to Mali with troops from Ghana on a UN mission, was attacked by some terrorists.

Graphic Online reported on November 18, 2019 that the GAF had recalled the 55 soldiers who were deployed to participate in the UN Multinational Integrated Stabilisation Mission in Mali (MINUSMA).

The recall of the troops, according to authorities of the GAF, was necessitated by the safety and security concerns following an attack by some forces in Mali that damaged parts of the C295 aircraft.

The troops carried out air transport services, in line with the MINUSMA peace mission requirement.

They also undertook tactical military operations in the area until there was an attack on the aircraft, for which reason it was flown back to Ghana for servicing. 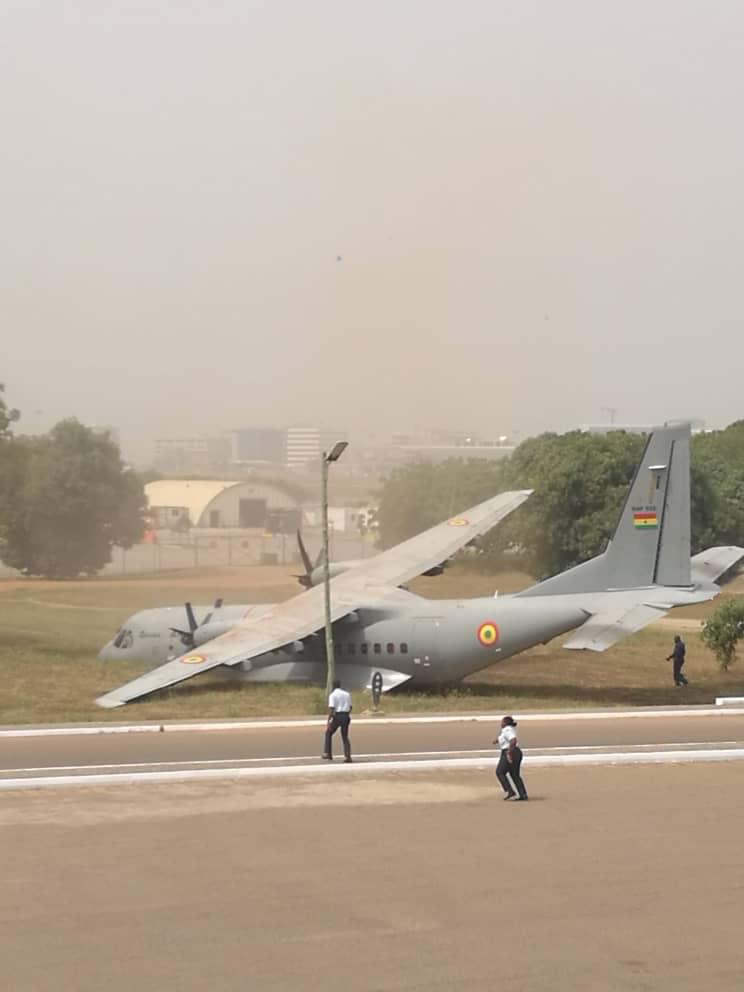 Be ready to deal with possible 1st case - WHO

Dev't does not rest on gov't alone

Why the SP has made no convictions

Parents urged to be security conscious
Next Item