The Majority Leader in Parliament, Mr Osei Kyei-Mensah-Bonsu has told Parliament that President Nana Addo Dankwa Akufo-Addo will address the nation today about the coronavirus outbreak.

Mr Kyei-Mensah-Bonsu made this known while reading a business statement on the floor of the House today.

“Because of the rapid unfolding events [about the coronavirus], the President will be addressing the nation today,” the Majority Leader said.

Earlier media reports had suggested that the address will be from Parliament. However, the Director of Communications at the Presidency, Mr Eugene Arhin in a Facebook post said any such address will be done from Jubilee House, the seat of the nation's Presidency. 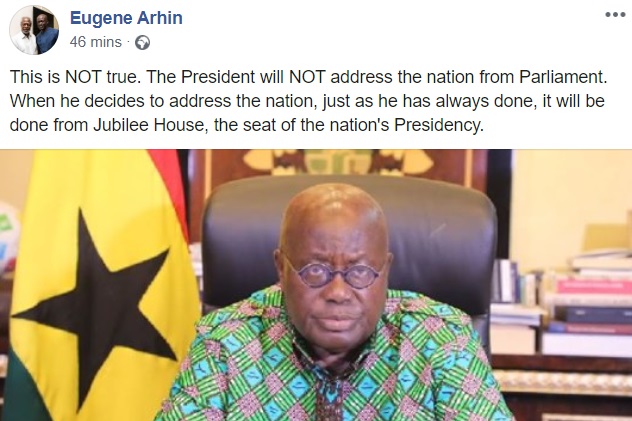 Ghana has recorded 136 cases of the virus with three deaths and one recovery.

Some groups including the Ghana Medical Association have called for the imposition of a lockdown to curb the spread of the virus in the country.