A Ghanaian microbiologist resident in China, Dr Alex Asante Appiah, has said people must be encouraged to wear nose masks when they step out of their homes, since that will help in the effort to stop the spread of the coronavirus disease (COVID-19).

He said with the increasing number of confirmed cases being recorded, and the fact that Ghana was not under a complete lockdown, there was a chance of the continuous spread of the virus, hence the need for people to be on their guard.

“Ghana is not in a lockdown, and for as long as people are allowed to go out to transact all manner of businesses, there is the possibility of the virus being spread. So it is advisable to get those people protected by encouraging them to wear nose masks. It is not enough for them to just wash their hands, sanitise or observe physical distancing as advised. 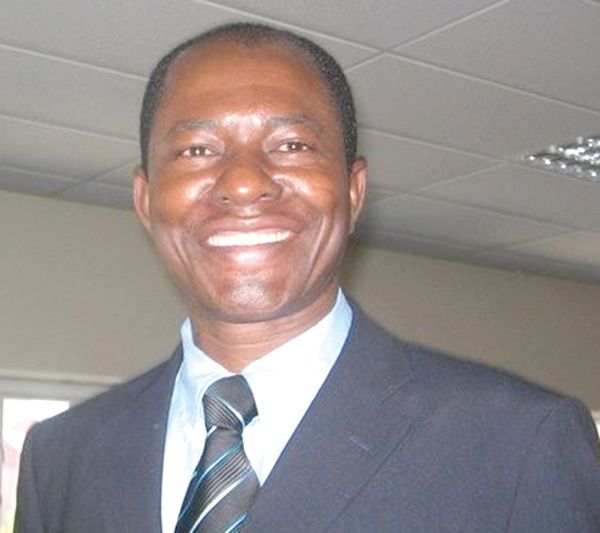 “Wearing the masks will help a lot, as you never know when you will pick the virus from the air. To explain in the simplest terms, when people come out and interact with others, it is natural that some saliva comes out of their the mouths of those other people, and if those people are infected, you can imagine the harm on people without protection,” Dr Appiah, who is based in Xianyang, Shaanxi Province, said in an interview.

Dr Appiah explained that: “The virus is found in the droplets that come out of people’s mouths and sneezes, and since those cannot be controlled, the best way to keep the virus from spreading is to contain it, hence the need for the masks.”

Dr Appiah’s advice is in contrast with the World Health Organisation’s (WHO) stance on people wearing masks to avoid contracting the virus.

The WHO had, since the outbreak of the pandemic, advised against the use of nose masks by people, indicating that only infected people and caregivers were required to wear them.
Indeed, on March 30, the organisation, in a media briefing to update the public on the COVID-19 outbreak, again stressed its stance.

The Executive Director of the WHO Health Emergencies Programme, Michael J. Ryan, who addressed the briefing, stressed that it did not recommend mask wearing for healthy members of the general population.

“We don’t generally recommend the wearing of masks in public by otherwise well individuals because the masks have not, up to now, been associated with any particular benefit,” he said at the briefing, which was streamed live on the WHO’s social media platforms.

In spite of the WHO’s advice, there are a mixed reactions to the use of masks, as a number of counties have encouraged their use as a way to prevent a wide spread of the disease following its rapid spread in many countries, leading to the WHO declaring it as a pandemic.

In the United States of America, people were discouraged from wearing masks, a message strongly sent by the US Surgeon General, Jerome Adams, who tweeted: “STOP BUYING MASKS!”

He added that masks “are NOT effective in preventing the general public from catching #Coronavirus, but if healthcare providers can’t get them to care for sick patients, it puts them and our communities at risk!”

In Ghana, the Ghana Health Service (GHS) had supported the WHO stance, with its Director in charge of Public Health, Dr Ebenezer Badu Sarkodie, cautioning the public against using nose masks as the primary COVID-19 preventive measure due to the technicalities involved which might defeat the intended purpose of the masks, to a large extent.

In China where the pandemic first broke out, it is mandatory for everyone to wear a nose mask.

Countries such as South Korea and Japan which were among the first countries to be hit by the infection distributed masks to the public, and in recent times the Czech Republic and Slovakia have made the wearing of masks in public mandatory.

The Guardian newspaper has also reported that Austria has ordered shoppers to cover their mouths and noses in supermarkets, while in the eastern German city of Jena, it has become an order for mask use in shops and on public transport, although the authorities are encouraging people to sew their own masks or wear protective cloths, instead of seeking out medical masks, which are in short supply.

Dr Appiah said in countries which encouraged the wearing of masks, there had been improvement in the rate of spread of the virus, especially in Asian countries.

As the pandemic worsens in the USA, experts have increasingly acknowledged the fact that public use of masks could help prevent the spread of the disease.

The Director of the US’s National Institute of Allergy and Infectious Diseases, Dr Anthony Fauci, has said the White House Coronavirus Task Force is giving “serious consideration” to broadening the existing guidance on face masks and President Donald Trump seems to have supported that by saying: “We’re not going to be wearing masks forever, but it could be for a short period of time,”.

Dr Appiah maintained that many countries were revising their notes and encouraging people to wear masks in public, saying he did not want Ghana to fall victim to the disease.

“We have seen what not encouraging people to wear masks to prevent the spread of the infection has caused in other places. In China, about six per cent of the people who were infected were asymptomatic and did not show any of the symptoms.

“We could have a similar situation in Ghana, where the carriers may not even know about their status and so each time they go out, they infect more people. Definitely, using the masks becomes imperative. It’s good practice.

“At least, how China and the other Asian countries have controlled and managed the situation clearly tells us that wearing the mask when you step out of home into the public should be encouraged, particularly when, in Ghana, we do not even have the ideal conditions of social distancing,” he emphasised.

He further explained that wearng the mask would also solve the problem of people touching their faces, noses and mouths as that was quite difficult to observe by many.

A medical doctor, Dr Kofi Effah who supports the advise, said the masks need not be surgical masks and that people could improvise with any clean hygienic material that made easy breathing.

“The idea is to stop droplets from coming out of the mouth and falling unto people. People can improvise with clean fabrics made into masks, at least, that addresses the concern that people’s demand for the mask would cause a shortage for the health workers who would require them,” he said.

LCD Worldwide offer was turned down

H. Minister elected to WHO Executive Board