Millions of masks distributed to students in 'gas chamber' Delhi

Five million masks are being distributed at schools in India's capital, Delhi, after pollution made the air so toxic officials were forced to declare a public health emergency.

Dangerous particulate levels in the air are about 20 times the WHO maximum.

The city's schools have also been closed until at least next Tuesday.

All construction has been halted for a week and fireworks have been banned. From Monday, the city will introduce a temporary scheme so that only cars with odd or even numbered licence plates can drive on given days, in a bid to cut traffic pollution.

The masks are being handed out to students and their parents, and Mr Kejriwal has asked people to use them as much as possible.

How thick is the pollution?

Photos of German leader Angela Merkel's official visit showed the obscuring effect of the smog at the presidential palace - though both leaders ignored the declared public health emergency and declined to wear masks. 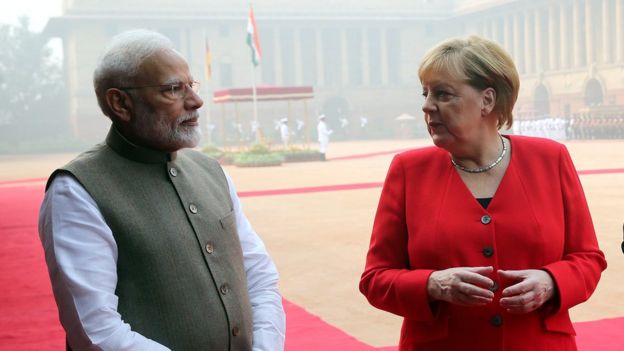 Many local residents are furious that the situation remains the same year after year.

"I didn't realise how bad it would get," one resident said. "Do we really want our kids to grow up in such an environment? No one really cares, no one wants to improve the situation."

The thick smog also raised concerns for the weekend's cricket clash between India and Bangladesh. A 2017 match in similar polluted conditions led to Sri Lankan players vomiting on the pitch.

But Bangladesh's coach said that despite "scratchy eyes" and sore throats among his players, the game would go ahead. 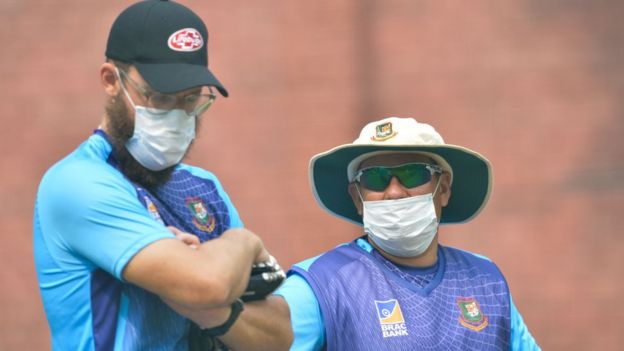 Russell Domingo (R) wore a mask to training, but said his players would get on with it

"No-one is dying," he told the Press Trust of India.

"Look, there's a bit of pollution in Bangladesh as well, so it's a not a massive shock unlike some other countries. The players have just got on with the game and haven't complained too much about it," he said.

Why is the pollution so bad?

One of the main reasons for air quality in the city worsening every year in November and December is that farmers in the neighbouring states of Punjab and Haryana burn crop stubble to clear their fields. It's made worse by the fireworks during the Hindu festival of Diwali.

There are other reasons too, including construction dust, factory and vehicular emissions, but farm fires remain the biggest culprit.

More than two million farmers burn 23 million tonnes of crop residue on some 80,000 sq km of farmland in northern India every winter.

Using satellite data, Harvard University researchers estimated that nearly half of Delhi's air pollution between 2012 and 2016 was due to stubble burning.

The burning is so widespread that it even shows up in satellite photos from Nasa. 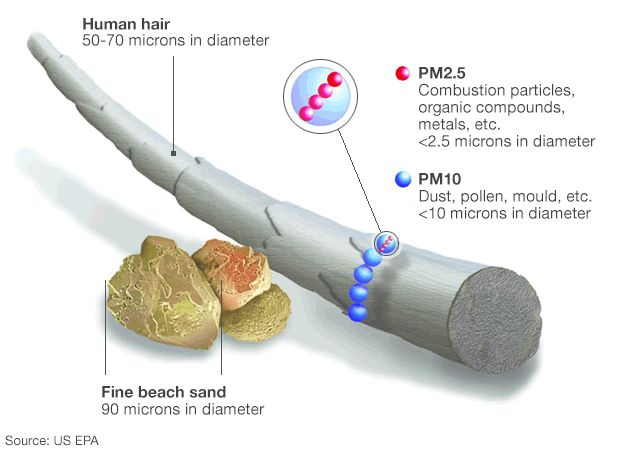