The 65-year-old, named as Rasmiya Awad, was detained in a raid on Monday near the town of Azaz, officials said.

Turkish officials, cited by several media outlets, said the arrest could yield valuable intelligence about IS.

Baghdadi killed himself during a raid by US special forces on his compound in north-west Syria last month.

His death was hailed as a victory for US President Donald Trump, but critics argue that IS remains a security threat in Syria and elsewhere.

One Turkish official told Reuters news agency the arrest of Baghdadi's older sister may help shed light on "the inner workings" of IS.

Turkish President Recep Tayyip Erdogan's communications director hailed the arrest as "another example of the success of our counter-terrorism operations".

Turkey's fight against terror regardless of its ideology or origin continues unabated.

The arrest of al-Baghdadi's sister is yet another example of the success of our counter-terrorism operations.

Little is known about Baghdadi's sister and the BBC has not yet been able to independently verify the identity of the arrested woman.

Baghdadi had several brothers and sisters, although it is not clear if they are all still alive, the New York Times reports. 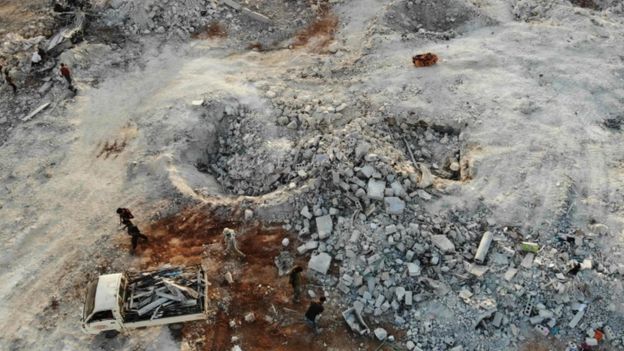 The arrest was reportedly made in Aleppo province, which is controlled by Turkey after it launched an offensive in the area last month.

Ms Awad was found in a trailer, where she was living with her husband, daughter-in-law and five children, a Turkish official told AP news agency, adding that she was being interrogated on suspicion of involvement with an extremist group.

The official said that Ms Awad could be an intelligence "gold mine".

Experts say the town where Ms Awad was captured was a known smuggling route for IS families.

But experts say it is not clear how much useful intelligence Ms Awad could provide, or how much time she spent with Baghdadi. 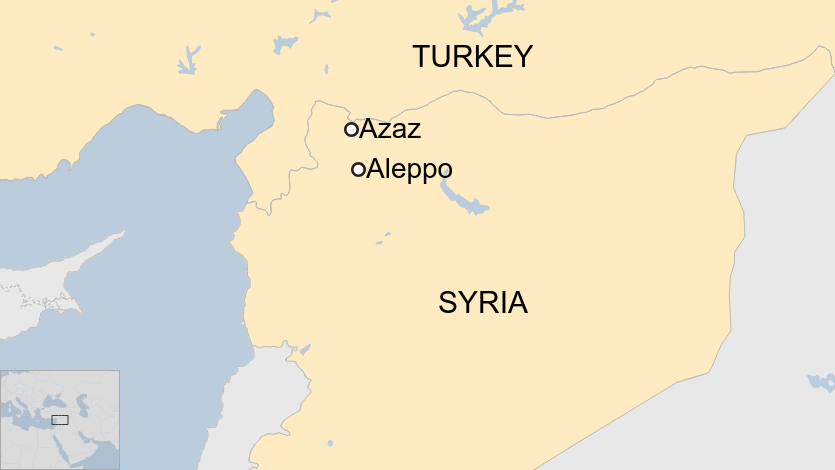 "I don't think she'd be privy to any imminent attack plans, but she might know smuggling routes. She might know networks that Baghdadi trusted, people that he trusted, networks in Iraq that helped her facilitate her own travel and her family's travel," Mike Pregent, a counter terrorism expert at the Hudson Institute, told BBC World News.

"This should be able to give our US intelligence and other allied intelligence officers a view into [IS] networks and how they moved family members, how they travelled and who they trusted."

What happened to Baghdadi?

President Trump announced the death of Baghdadi at a press conference at the White House on 27 October.

Baghdadi detonated his suicide vest after fleeing into a tunnel during a US raid on his hideout in Idlib province, Mr Trump said. 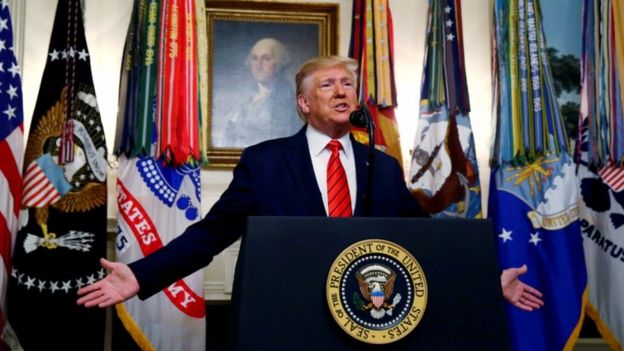 Footage of the raid was later released by the US military. In grainy footage, helicopters were seen firing at gunmen on the ground as they flew towards a compound where Baghdadi was hiding.

On landing, US special forces commandos blew holes in the walls of the compound and called on Baghdadi to surrender, the military said. But he fled into a tunnel and detonated a suicide vest, killing himself and two children he had taken with him.

After the raid, the compound was destroyed in an air strike.

Abu Ibrahim al-Hashemi al-Qurashi has since been named as IS's new leader and "caliph".

PM tells France 'not to let down guard'

US begins exit from UN climate accord
Previous Item
NEXT