Rugby World Cup stadiums: Where are matches being played?

These are just a few of the things awaiting fans at the 12 venues for Asia's first ever Rugby World Cup.

The final will take place in Yokohama, close to Tokyo, but perhaps the most moving stadium is in Kamaishi, on the site where a tsunami destroyed two schools in 2011.

Pool games will be contested in stadiums along the length of Japan and BBC Sport has taken a look at all of them. 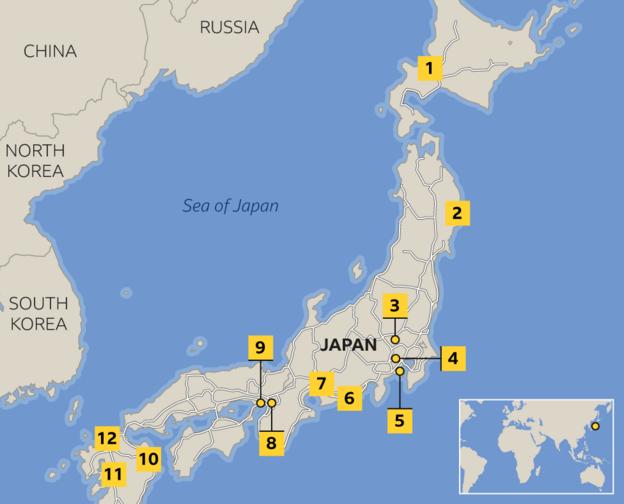 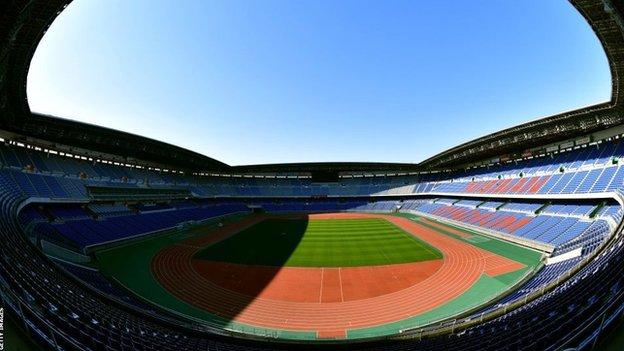 International Stadium Yokohama will host seven matches, including the semi-finals and final. Rugby was reportedly first played in Yokohama as early as the 1860s so it is often called the birthplace of the sport in Japan. The stadium has a capacity of 72,327 and will also host Ireland, Scotland and England matches during the tournament. 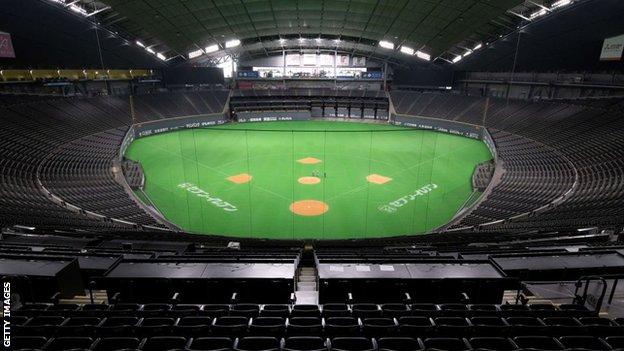 At the Sapporo Dome, the rugby pitch will be grown outdoors, then floated in and spun into position. The stadium, which has a capacity of 41,410, is usually set up for baseball matches but will be transformed for England v Tonga on 22 September and Australia v Fiji on 21 September. 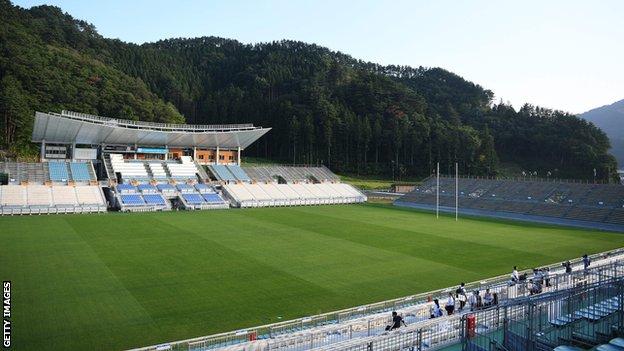 A tsunami hit Kamaishi on 11 March 2011 and the Kamaishi Recovery Memorial Stadium was built in 2018 in memory of those who died. Elementary and junior high schools once stood on the site and were wiped out by the water, but all the children escaped to higher ground and were saved. The 16,334-capacity stadium will host two matches: Fiji v Uruguay and Namibia v Canada. 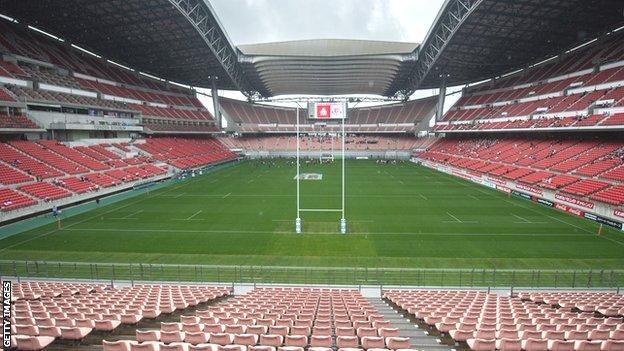 The city of Toyota was once called Koromo, but changed its name in 1959 because of the car company which has several manufacturing plants there. The City of Toyota Stadium is known for its steep stands and will host four matches. Wales and Japan are both playing at the 45,000-seater venue. 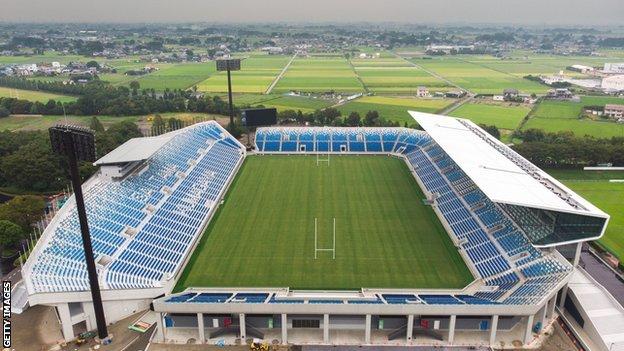 Unlike some of the other venues, Kumagaya Rugby Stadium is built especially for rugby. Japanese Top League matches are regularly played there and the 25,600-capacity stadium has been refurbished for the World Cup. Three pool-stage matches will be played there. 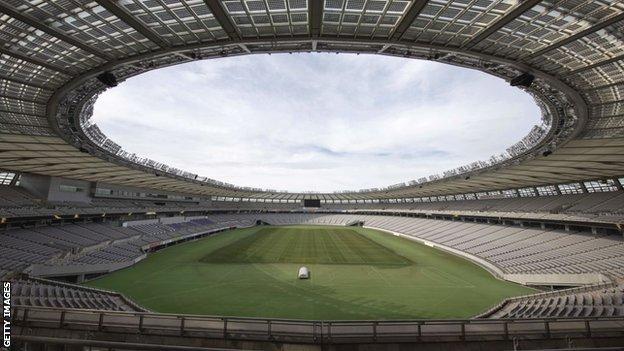 A bit like Twickenham in England, Tokyo Stadium can be found to the west of Japan’s capital. The venue - which can hold 49,970 fans - will host eight matches, including the opening ceremony before Japan v Russia on 20 September, and two quarter-finals. Tokyo Stadium will see more international rugby in 2020, when the Olympic Rugby Sevens takes place there. 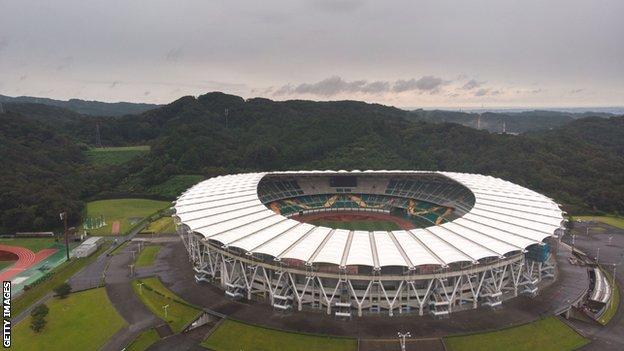 Shizuoka is home to green tea plantations and Mount Fuji - the active volcano which is Japan’s tallest peak. The 50,889-seater Shizuoka Stadium Ecopa is the venue for four pool matches, including Japan v Ireland. 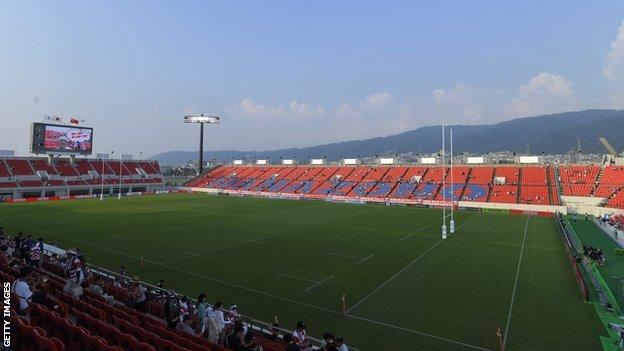 The Hanazono Rugby Stadium, built in 1929, is the oldest dedicated rugby union stadium in Japan. It is the venue for the annual National High School Rugby Tournament and has been updated in preparation for the World Cup. With space for 24,000 supporters, four pool games will be played on the Hanazono turf. 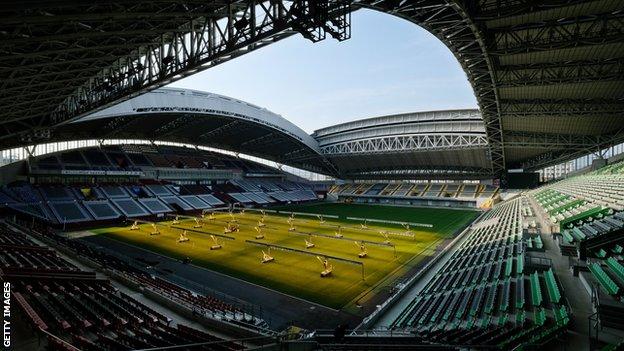 Much like the Principality Stadium in Cardiff, the Kobe Misaki Stadium has a retractable roof. But Wales are the only home nation not to play in the 30,132-capacity stadium situated in the port city, with England, Scotland and Ireland all travelling to Kobe for group games. 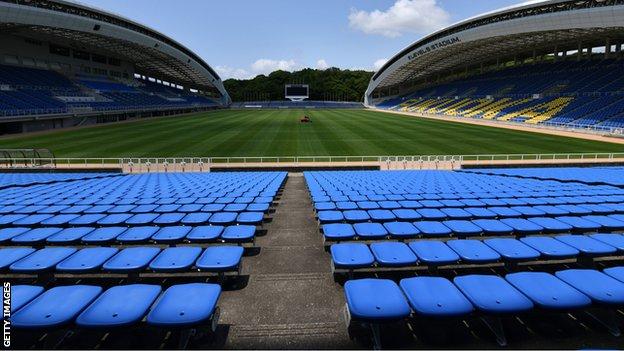 Japanese fans may have fond memories of the Fukuoka Hakatanomori Stadium, because it was host to a 121-0 victory for Japan against the Philippines in 2013. The stadium, which can hold 21,562, is surrounded by trees and close to the city centre. Ireland play their final group game there, against Samoa. 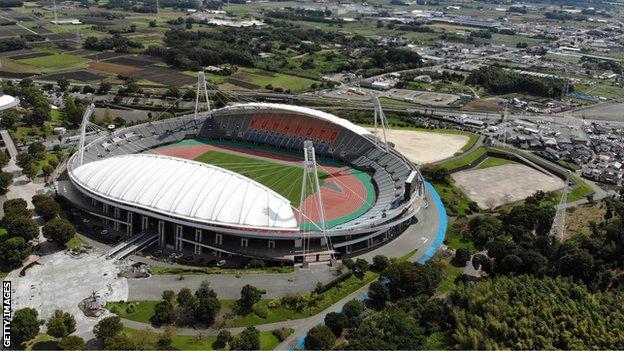 The 30,228-capacity Kumamoto Stadium is placed amid a backdrop of wooded hills and parkland. It is the furthest south of all the venues and will host two matches, including Wales’ final group game against Uruguay. Kumamoto is also home to one of the world's largest active volcanoes - Mount Aso. 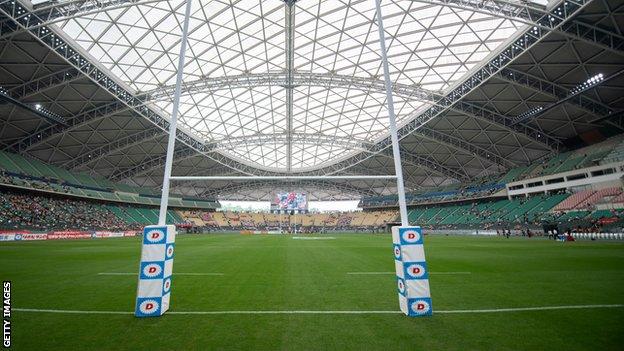 Oita Stadium also has a retractable roof and will be the venue for the Pool C and D quarter-finals, which could involve England and Wales. The 40,000-seater stadium will host three pool games, including Wales v Fiji.

Three Charlton players not back training

Plans to reduce Oval capacity to 6,000

What is still up for grabs this season?

Pick your England XV to face Tonga
Next Item