The first draft in British sport was completed on Sunday, with the eight teams in the new Hundred competition selecting their players.

Afghanistan leg-spinner Rashid Khan was the first pick and will play for Trent Rockets; Australia's Steve Smith and Mitchell Starc will play for Welsh Fire and their international team-mate David Warner was picked by Southern Brave.

A host of English players were also snapped up for big money including Sam Billings, Phil Salt, Ravi Bopara and Lewis Gregory.

But which team had the best draft, which players provided the best value for money and which side has been left short?

BBC Sport's experts have their say...

Who has had the best draft? 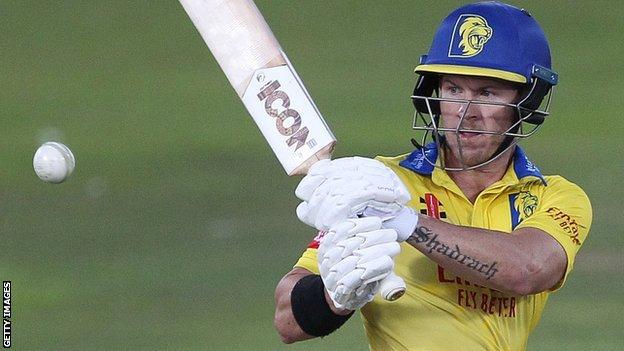 Australia's D'Arcy Short was drafted by Trent Rockets for the maximum £125,000

Former England bowler Graham Onions: Trent Rockets have got a lot of players that have played with each other for a long time and they have got some good overseas players in there as well. D'Arcy Short will be there for the whole competition so he will be one to look out for and everyone would have picked Rashid Khan first so that is an advantage. They look pretty strong.

Former England batter Ebony Rainford-Brent: Southern Brave because they have gone all out with bowling firepower. For me, Andre Russell was the number one pick and once they got him they could build around that. They have got an engine room with two big overseas signings - Russell and David Warner - when some other teams have not gone for overseas players from the £125,000 bracket. That gives them experienced players who know how to win around the world.

Former England bowler Ryan Sidebottom: Southern Brave look to be the strongest on paper by a country mile but it depends on the pitches. They have a lot of pace, but pace can go to the boundary quicker as well. I think Welsh Fire will be strong as well because they have got Mitchell Starc and Steve Smith, two outstanding cricketers. Qais Ahmad is a very underrated player too.

Onions: I don't want to just go for the top guys but I have to say my Lancashire team-mate Matt Parkinson, who had already been picked by Manchester Originals. He is a fantastic leg-spinner.

Rainford-Brent: I'll say Tom Banton because of what we saw him do this summer, averaging 42.23 in the T20 Blast. He will be a superstar and was good value at £100,000. I think he will offer so much to Welsh Fire. 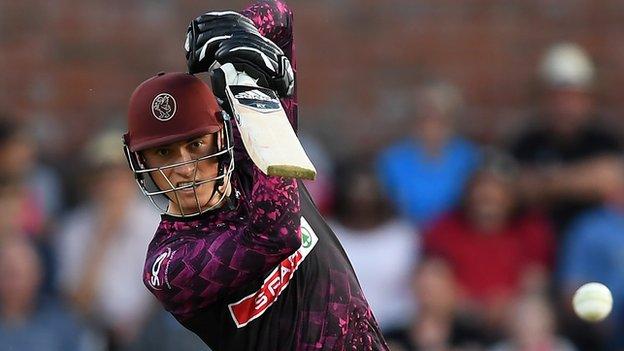 Sidebottom: I am going to go for Will Jacks at Oval Invincibles. I coached Surrey last year in four-day cricket and he hits the ball seriously hard. He is young, talented and is like a breath of fresh air. He is a typical youngster who goes out and plays with freedom and with no fear of failure. Look out for him. 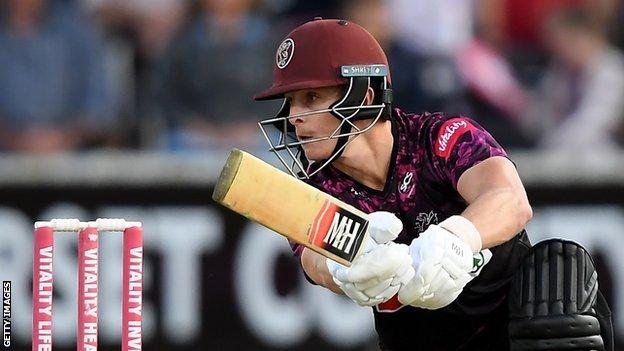 Somerset captain Tom Abell was drafted by Manchester Originals for £100,000

Onions: There are a few, all at Manchester Originals. I didn't expect Dane Vilas to go for £125,000, even though he is a fantastic player. I am delighted for him. I didn't think Eddie Byrom would get picked up but the biggest surprise at £100,000 is Tom Abell. He is a really good player but I didn't see that happening at all.

Rainford-Brent: At the £75,000 round we were expecting teams to go for big names but Birmingham Phoenix went for Benny Howell and Tom Helm. At that stage I felt they might have been missing a big name. It is good for the domestic game but it will put pressure on them to show they are worth their place in the team.

Sidebottom: I am going to go for Tom Abell. He is a huge shock. He is a very good cricketer but there are some serious players who have not been picked up.

Onions: Adam Rossington. He is a fantastic signing for London Spirit at £40,000. He slog-sweeps a red ball so I dread to think what he is going to do in The Hundred. He is a really good player. Also, someone like Luke Wright for £30,000, when Trent Rockets lose Joe Root during the Test series, he will do a really good job at the top of the order.

Sidebottom: Dawid Malan. He is an outstanding cricketer. I thought he would have been placed a lot higher than £40,000. He is an astute signing for Trent Rockets if Root is going to miss quite a lot of the competition. Malan can come in, he is experienced and has captaincy experience. 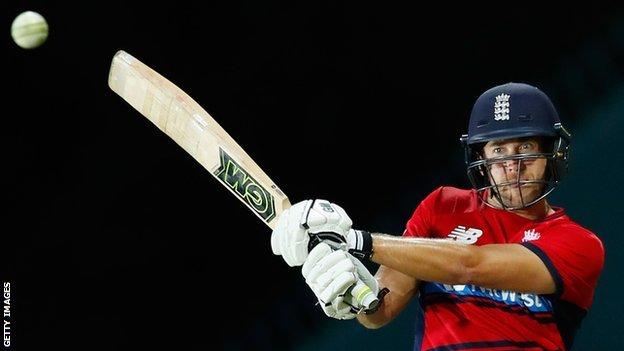 Dawid Malan, who has played five T20s for England, was drafted by Trent Rockets for £40,000

Rainford-Brent: Laurie Evans is definitely a bargain at £30,000. He has travelled the T20 circuit and won the T20 Blast with Birmingham Bears in 2014, scoring a half-century in the final. He is going back to The Oval, somewhere he is familiar with having started his career at Surrey.

Which team looks the weakest?

Onions: Halfway through the draft I thought Birmingham Phoenix and I will stick with them, even though they made some good last-minute picks in Riki Wessels and Cameron Delport.

Rainford-Brent: Birmingham Phoenix. A few of those names - Benny Howell, Tom Helm and Chris Cooke - could perform but if they don't we will look back and say there were a couple of players who missed out in the draft who could have replaced them. If those three perform they are OK but I think they are the weakest-looking side.

Sidebottom: Manchester Originals. Tom Abell does not stand out as a T20 player, Ed Pollock and Eddie Byrom have not played many games and I don't really know much about them. If there is a lot of rain around then it won't spin at Manchester and they have three spinners in their squad. That would make it difficult for them. 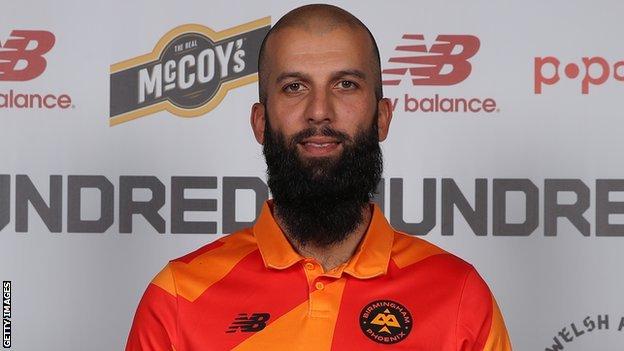 EC to meet on new season and Congress

Pep at a loss to explain Man City defeats

'Messi will end his career at Barcelona'