How green are Premier League clubs?

Extinction Rebellion protests, flooding and wildfires mean environmental issues, climate change and sustainability are right at the top of the world's news agenda.

But what are England's leading football clubs - among the country's most globally recognised brands - doing to help the environment?

BBC Sport has worked with the United Nations-backed Sport Positive Summit, which will host its first conference in 2020, to compile research into the sustainability of all 20 Premier League clubs.

They were asked to provide evidence of schemes in eight categories:

The clubs were awarded one point per category if they had suitable initiatives taking place in their stadiums, training grounds and/or offices and half a point if plans were being developed in that area but were yet to fully materialise.

What does the table show?

Above is a simplified version of the full table - available here - which breaks down every club's score in each category, and highlights their specific schemes and initiatives.

This is the first time all of this information has been made public in one place, and Sport Positive Summit's research is designed as an introductory and accessible resource.

The table will be updated when clubs introduce new schemes or develop existing ones, and Sport Positive Summit sees it as a tool to encourage more action and transparency on sustainability.

Its CEO, Claire Poole, said: "Our ambition by publishing this information is to educate and engage, both football and industry professionals about what top-flight clubs are doing to reduce their environmental impact, and for interested fans to easily access what their club is doing.

"We are all on a journey when it comes to reducing our impact on the environment, and we hope more awareness about these initiatives will help drive increased ambition across football and other sports." 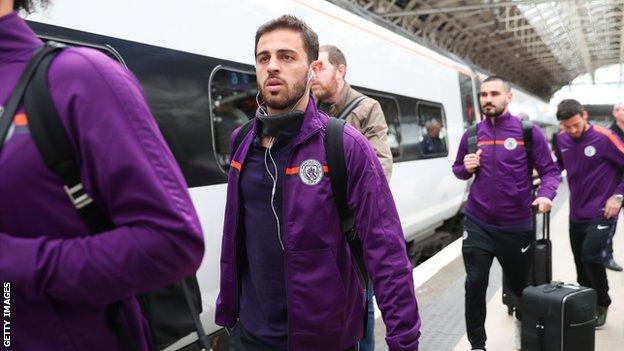 What does the table not show?

Carbon footprints is the obvious omission.

While the study is a thorough indication of what Premier League clubs are doing to help/promote sustainability, it is not a complete picture of a club's environmental impact.

That would require three stages of assessment to analyse:

1. Emissions generated by the club directly

2. Emissions produced by others as a result of club's activities

3. Emissions from any businesses or activities linked to club's supply chains

That is complicated by the fact Bournemouth and West Ham do not own their own stadiums, and some clubs' involvement in European competition naturally requires more air travel.

Poole said: "An accurate carbon 'bootprint' for each game or an entire season is difficult to credibly record, and will always be up for discussion.

"You would have to accurately account for where spectators, match-day staff, squads and other staff have travelled from and modes of transport used (which would vary every week).

"Then consider food and drink consumed at the game, energy used to power the stadium and broadcast, waste produced and so on.

"That is a massive undertaking alone, but what about the embedded carbon used to build the stadium infrastructure, or to fertilise the turf, or the carbon emissions of fans watching the game at home, at the pub, on their phone or tablet globally?

"Instead we decided to focus on categories that clubs control and that contribute to the overall 'bootprint' of games. Through initiatives like these, environmental impact of games will be reduced - and activity is indicative of a carbon reduction strategy."

Burnley: An informal 'car share scheme' established by the first-team players - Ashley Barnes and Ashley Westwood bought a minibus and share the driving of a pool of players to and from training on a daily basis.

Manchester City: Created wildlife corridors at City Football Academy that are now home to various types of moths, butterflies and bats while also providing nesting places for birds including kestrels.

Norwich: The Carrow Road pitch is watered via a bore hole and the training ground recycles the water from the pitches.

Southampton: St Mary's was the first LED-lit stadium in Europe.

Tottenham: Installed a 'green roof' of flowering sedum plants at its training centre to enable the capture and re-harvesting of rain water across the site.

Manchester United: Say their annual carbon emissions have been reduced by more than 2,000 tonnes - equivalent to emissions produced by 400 homes for a year.

Newcastle: Declared itself the world's first 'carbon positive' club in 2012 - meaning they invest in projects like tree-planting to offset emissions.

Liverpool: Have no single-use plastic food packaging, instead using trays made out of compostable palm leaf and maize.

Arsenal: Switched to renewable electricity in 2017 and claim to be the first club in Europe to install a battery storage system - which can power the 60,000-capacity Emirates Stadium for a 90-minute match.

Professor Mike Berners-Lee, of Lancaster University's Institute for Social Futures, and the author of There is No Planet B:

"Whilst is it great to see Premier League clubs taking steps and whilst there are some good actions here, it is only just scratching the surface and not yet addressing the most important areas.

"On the very positive side, powering stadiums with renewables is a very good thing, as is energy efficiency. It is good to see wildlife encouraged and some plastic reduction.

"I think overall, the measures listed are a start point - but they represent yesterday's approach to carbon management.

"It is now widely understood we are in a climate emergency and the expectation is that all organisations get to grips properly with the big issues that relate to them. The Premier League has dipped its toe in so far."

Berners-Lee identified his five most important areas for clubs to address:

1. Fan travel is something the clubs could really take on, and this is the biggest thing they could do to take the carbon out of football. Public transport, coaches, buses, car share schemes? Are people encouraged to drive sustainably?

2. International travel. This is tricky where there is a busy schedule but there is no getting around the high impact of flying. And I hate to say this but on a long-haul flight, first class has a far higher footprint than economy!

3. Food is around a quarter of the UK's carbon footprint. The most important message clubs can send out is a reduction in meat and dairy and in particular less beef and lamb (the highest carbon meats).

4. Throw-away plastic has to be an issue that clubs could take a strong line on. Are water fountains available? Are all take-away outlets all using non-plastic packaging? Are people encouraged to bring their own cups and plates?

5. Communication and engagement needs to take on the biggest issues relating to the carbon footprint and other environmental impacts of football. 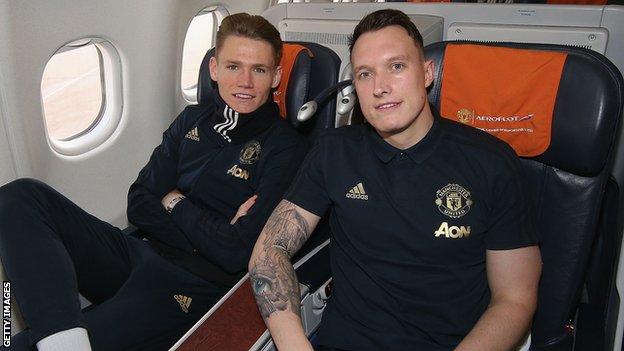 Andrew Welfle, of the Tyndall Centre for Climate Change Research at the University of Manchester:

"The clubs are all doing something, with varying degrees of commitment to sustainability. Are clubs talking to each other more to learn from their experiences and to push each other forward?

"There are many items listed for each club - such as Chelsea's 100% recycling at Stamford Bridge and their Cobham training ground - that should be standard practices across the clubs.

"Manchester United being certified to the Carbon Trust Standard for Carbon for its commitment to reducing greenhouse gas emissions over five consecutive periods is highly commendable because having this standard over a long period of time demonstrates continual improvement, with targets and action plans to reduce this further."

What did some of the clubs say?

Arsenal's operations director Hywel Sloman told BBC Sport: "We should be doing the right thing, acting in the right way and leading.

"Those have been our values since 1886 and those should be our values in all that we do. I think that's really important. There are hundreds of millions of people around the world who look to what we do every single day.

"If we can be an example in this area, I think that's a great thing."

Asked if fans care about sustainability, Sloman said: "I think they do. Our fans want to be proud of Arsenal.

"I also think it's a generational thing. I think every generation is significantly more environmentally aware than that last one - so I think we have a responsibility to our younger fans to actually ensure that we are providing that role model and that leadership for them."

Manchester City's head of sustainability, Peter Bradshaw, said: "Sustainability is important to Manchester City because, first of all, it actually makes good business sense. It's the right thing to do in terms of where this football club came from - the community - 125 years ago.

"It's about how to behave properly, engaging local people - and how thinking about the environment and social values really makes a difference to people's lives in this city.

"The next steps are interesting because there is huge importance and huge focus on climate change in the way we need to operate as a nation, and as communities. The next steps are to to keep looking at these things to make sure that we continue to act responsibly."

In a statement, Spurs chairman Daniel Levy said: "As a club we have always taken our responsibility to care for our environment seriously.

"We have demonstrated this with the environmentally sensitive development of our training centre, where we have preserved historic hedgerows and planted for the future and which will see us adding an Environmental Centre and Nature Reserve there too.

"I am delighted that we have now brought our values to the new stadium to both play our part in the reduction of single-use plastics and raise awareness of the importance of doing so."

A Premier League spokesman said: "Progress is being made and clubs are implementing new and more efficient ways of operating - such as reducing single-use plastic in stadia, reviewing suppliers and contractors and looking at energy sources and modes of transport used.

"The Premier League and our clubs play a huge role in communities both locally and globally and so it is important we encourage fans to make everyday changes to create a real difference."

The spokesman added: "Lots of progress has already been made but there is more to be done and we are committed to raising awareness of sustainability and encouraging positive action."

What about the BBC?

Energy use is down by 3% since 2017; our recycling rate is currently at 50%; and reduction in waste is at 25% compared to the baseline.

Schemes include removing single-use plastic from catering facilities; waste food collection, meat-free Mondays and coffee cup recycling at MediaCityUK in Salford, where BBC Sport is based.

A spokesman said: "BBC programmes such as Blue Planet II, Seven Worlds One Planet and Climate Change: The Facts help audiences understand the impact of climate change and encourage debate over what can be done to improve sustainability. In addition to helping inform our audiences, we have set ambitious targets as we want to be a model for sustainable broadcasting, already reducing our carbon footprint by 78% last year after we began purchasing renewable electricity to power our major sites.

"We are well on our way to removing single-use plastic from BBC sites by 2020 and we're committed to responsible travel policies including only travelling when necessary, using technology such as videoconferencing, improving the fuel efficiency of our vehicle fleet and introducing electric vehicles."

What do fans think?

How much does your club's sustainability efforts matter to you? Tell us using the comments section below.

Is Pirlo the perfect fit for Juventus?