Stefanos Tsitsipas was crowned ATP Finals champion on Sunday by beating Dominic Thiem at the men's season-ending tournament in London.

It was a rare final without Rafael Nadal, Novak Djokovic or Roger Federer - the three players who have dominated the game for more than 15 years - as the next generation took centre stage at the O2 Arena.

The 21-year-old Greek was the fourth different winner of the prestigious event in as many years - a notable statistic after Djokovic or Federer had won 11 of the 13 editions between 2003 and 2015.

But what does it mean for the future? What can we expect to see in 2020?

Six-time Grand Slam champion Boris Becker and former British number one Tim Henman take a look back at the men's season and make some early predictions for next year.

What have we learned from the ATP Finals?

Becker: "We have learned the young generation are coming strong, are knocking at the door and in some cases this week have broken through. I expect some of the younger ones to win a Grand Slam next year, but having said that the three veterans are still standing firm. It is a great time in tennis when you see the young competing against the older ones."

Henman: "We have learned to expect the unexpected. There has been some incredible tennis and amazing matches but quite a few upsets. I think when you look at the finalists, Tsitsipas and Thiem, not many would have picked that at the beginning of the week."

Becker: "Without a shadow of a doubt the Wimbledon final between Federer and Djokovic. Two players in the prime of their sport, giving it their all and going to a tie-break in the fifth set. It was the first time we have seen that in a Wimbledon final."

Henman: "It has to be the Wimbledon final. It was the first time there has been a tie-break in the final set of a singles match and Djokovic saved two match points. That has to be the most exciting match of the year."

Becker: "We have talked about the changing of the guard for a while and I think now it is happening before our eyes. Tsitsipas, Thiem and Alexander Zverev as well, they are coming on well. It is a question of time when one of them will win a Grand Slam."

Henman: "It has been a brilliant year. The rankings don't lie. For Nadal to finish as number one - the oldest male year-end number one at 33 and a half years of age is an incredible achievement." 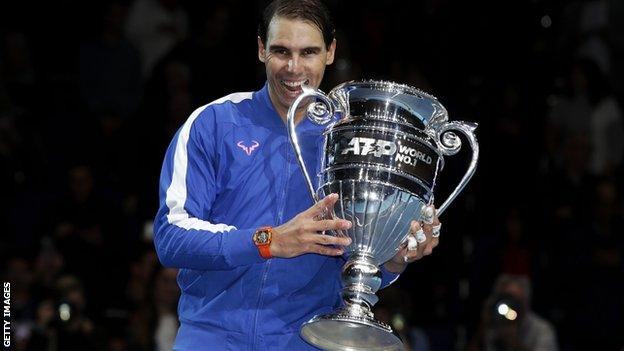 Rafael Nadal finished the year as world number one, winning the French Open and US Open in 2019

What can we expect from the younger generation next year?

Becker: "The 'big three' will definitely be challenged more next year. As I have said, I think we will have a new Grand Slam champion next year and there are a number of other guys that are just around the corner too. More and more of these players have a firmer belief that they can beat the top three."

Henman: "I think the young players will produce bigger and better performances in all tournaments but I still think the 'big three' will be the ones to beat."

Who will be the new breakthrough player of the year?

Becker: "I see either Denis Shapovalov or Felix Auger-Aliassime - the two Canadians. Those two have impressed me the most from the younger generation in the past six months." 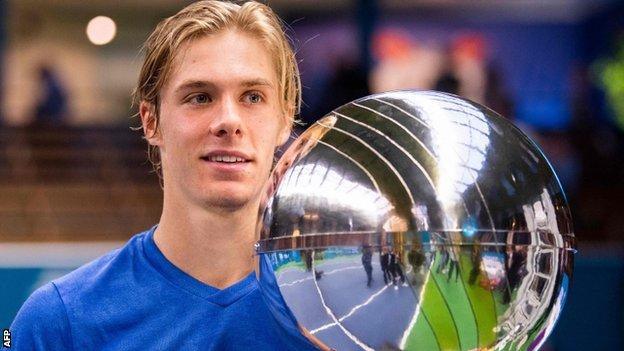 Denis Shapovalov, 20, won the Stockholm Open in October for his first ATP title

Becker: "Melbourne seems to be Novak's back yard. He has won it seven times now. Tsitsipas beat Federer there last year and it is a surface Alexander Zverev likes to play on. They will have a chance too."

Henman: "I will go for Djokovic. I think his record is so good down under. He has got enough time for rest and recuperation that he is the man to beat."

Becker: "Rafa all the way. Dominic Thiem has been in the final the last two years and it could be the same again. Rafa is the favourite."

Henman: "I will go for Thiem after what we have seen this week. I can't say Nadal. It is very easy to think that he will win for a 13th time there; I am going to go for the upset."

Becker: "The younger guys have a lot of power and hit through the groundstrokes harder than the veterans and Wimbledon may be the showdown where they break through. But you can never go wrong with the defending champion. I'll say Novak."

Henman: "I am going to go for Roger Federer. I think he has got unfinished business. He had match points this year in 2019. I still think on a grass court he has a chance."

Becker: "Who would have thought Rafa, as a clay-court specialist, would have won the US Open four times? Novak will be there too. But with every passing month a lot will change next year as the younger players come closer and closer. I am very open for this one."

Henman: "I am going to go for Djokovic. On a hard court, outdoors, I still think he is the best." 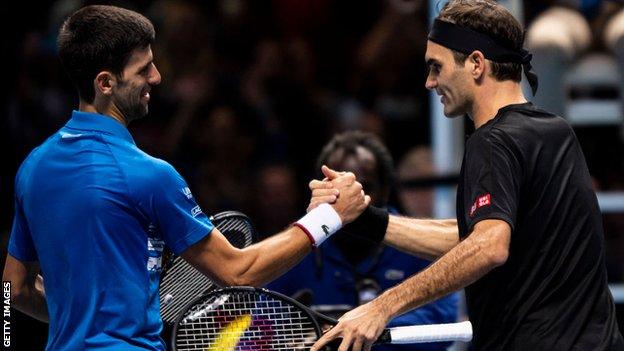 Who will end the year as number one?

Becker: "That is a tough one. I never expected Nadal to finish number one this year. I thought Novak would have a landslide lead by July and he did but Rafa came back. There are a lot of question marks. I couldn't give you a name. It could be none of the 'big three'."

Henman: "I think Djokovic will finish number one. He is the most consistent player. It's a 52-week race and he can play on all surfaces."

It's an Olympics year next year. Who will win gold and how will it impact on the season?

Becker: "For the older players, it is one extra big event that they play. They all want to play because they are proud of representing their countries. It will mean the US Open comes around a lot quicker. The younger legs will benefit from that."

Henman: "I'm going to predict that Tsitsipas will win it. I have been at three Olympics and I have seen how passionate the Greek players and fans are. I will go for an upset there. I am sure there will be adjustments made in players' schedule with it being an Olympic year. The players are always very aware of their schedule and as they get older it is important to manage that." 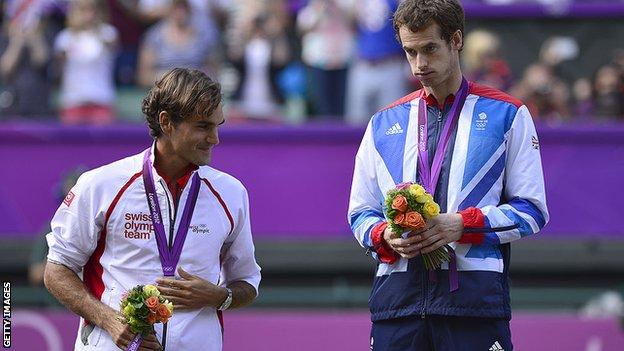 Becker: "I have high hopes for Andy, I really do. I was very happy for him to win in Antwerp last month. He now talks about being healthy and that he wants to play the best players as much as he can again. I am sure he will have watched this tournament up close. He won't say it but at the back of his mind he will be dreaming about competing at the O2 [in the ATP Finals] next year, I am sure.

How the new event in Madrid will look
Previous Item
NEXT

ATP Finals champion says he is 'really close
Next Item