It was a historic moment in Premier League football this week as a whole round of fixtures were streamed online via Amazon Prime.

After decades of traditional broadcasting methods, this was a step into the unknown and a glimpse at what the future of watching football at home could look like.

Amazon say it was "one of the biggest-ever streaming events in the UK".

But was it a success? BBC Sport takes a look at what worked and what didn't with Amazon Prime's first stab at covering Premier League football.

What did they do differently?

As ever when a new broadcaster gets in on the action, people were curious to see what little innovations Amazon Prime would bring.

For some, that was as simple as where the score and clock would be positioned on screen...

Amazon Prime opted for a traditional approach in this area, with the score taking its familiar place in the top-left corner of the screen, but it was the other elements it brought to its live match coverage that drew praise.

Viewers were impressed with the ability to access line-ups, stats and highlights on the right-hand side of the screen as the game unfolded, while the option to switch off commentary and simply listen to the stadium atmosphere proved particularly popular.

There was also a lot of love for their Goals Centre show, which took fans around the grounds on Wednesday to see the goals as they went in. 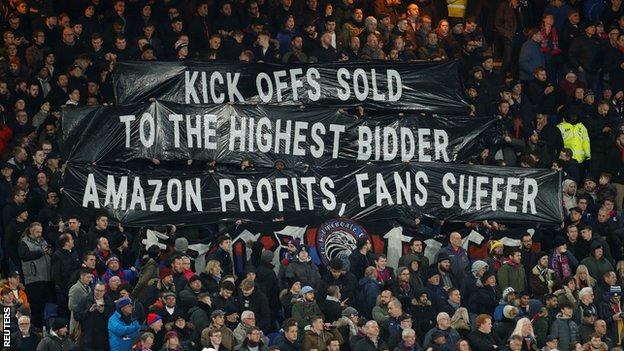 They also opted for slightly different start times, with this week's games kicking off at either 19:30 or 20:15, rather than the 19:45 or 20:00 times people are more accustomed to.

There were some complaints about these changes, with Crystal Palace fans highlighting their grievance during their game with Bournemouth on Tuesday, while the Manchester Evening News reported that the earlier kick-off time for Manchester United's game against Tottenham led to gridlock on the city's roads.

What was the verdict on the pundits? 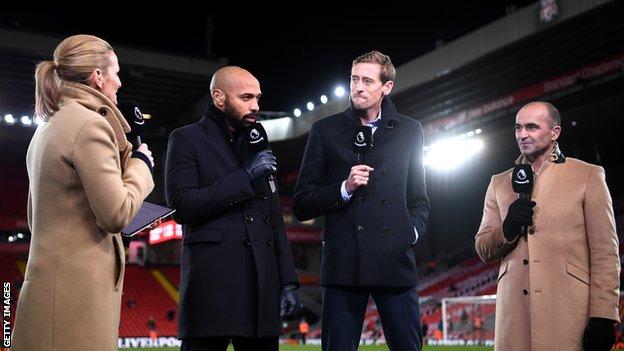 Gabby Logan, Thierry Henry, Peter Crouch and Roberto Martinez were among the 43-strong group of presenters, pundits and commentators signed up by Amazon Prime

Amazon signed up a whole of host of presenters and pundits for this week's games.

Providing their thoughts on the action were ex-pros such as Alan Shearer, Thierry Henry, Michael Owen, Alex Scott and Harry Redknapp, while the voices in the commentary box included the familiar tones of Jon Champion, Guy Mowbray and Clive Tyldesley.

Anchoring their coverage were Gabby Logan and Eilidh Barbour, as well as Jim Rosenthal - a veteran of eight World Cups with ITV. 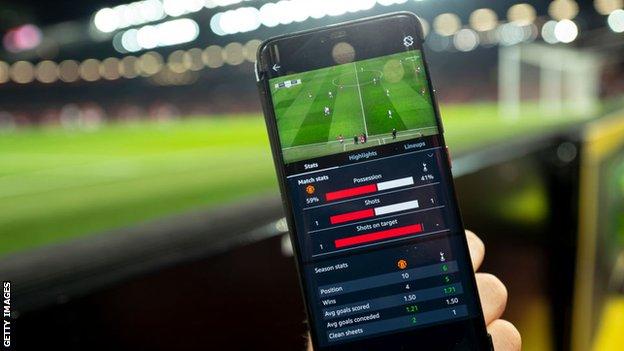 Viewers could select the game they wanted to watch as well as get access to line-ups, statistics and highlights

Let's be honest, we humans are not instinctively big fans of change. When something is a bit different then more often than not our first reaction is to look for reasons why the change is bad.

The big concern for viewers was whether an online streaming service could retain a high-quality picture throughout a 90-minute game, particularly on a night like Wednesday when Amazon Prime had six streams at the same time.

On the whole, Amazon appeared to come up trumps in this area. There were a few comments on social media suggesting dips in quality or some stuttering but, on the whole, the streams appeared to hold up pretty well.

The main concern for many fans was how far behind the streams were compared to things like Twitter or score alerts on people's phones.

For some people on social media, the delay was a couple of seconds but for others it was up to a minute, significantly impairing their ability to watch the game while commentating about the action on Twitter or keeping up to date with scores from elsewhere.

In an age when speed is everything, this is one area fans will want to see a big improvement if they are going to leave behind standard forms of broadcasting in favour of streamed matches.

So, is it the future?

There was no big fanfare from Amazon for the launch of its coverage. In fact, rather the opposite. Their historic first fixture was Tuesday's relatively low-key meeting between Crystal Palace and Bournemouth.

It seemed the intention was to slip in relatively quietly, provide a glimpse of what it could offer and win fans over by providing a mixture of familiarity and convenience.

And it appears to have worked, with Tuesday and Wednesday the two biggest Prime sign-up days in UK history.

"We are thrilled and humbled by the positive response from Prime members," said Alex Green, managing director for Prime Video Sport Europe.

There are concerns, though, about what adding a third broadcaster into the mix will mean for fans. 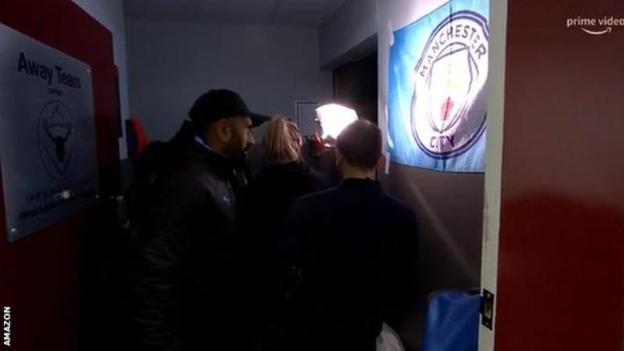 At the moment it requires an additional subscription charge for anyone who wants to see all broadcast games, while the Football Supporters' Federation has expressed concerns that the sheer volume of games being shown on Sky, BT and now Amazon could have a negative effect on attendances, by away fans in particular.

There is also the aforementioned issue of the streams sometimes being quite a bit behind live score websites and social media.

Technology, though, will improve and once live streaming actually means live then it could usher in a new era of how we watch football outside of the stadium.

Eliud says race can bring hope to the world

Signing could hinge on Europe - Gerrard

Offinso accident victims to be buried