Nigel Owens believes rugby could be made safer with fewer substitutions

Speaking on Radio 4's Today Programme, he said big and strong players tend to run directly at opponents rather than trying to go past them.

But with fewer substitutions, Welshman Owens believes players would need to be smaller and lighter which would "reduce the impact" of collisions.

But he added a lot of research needed to be done first.

Owens was joined on the programme by Alex Rieder, a regular for English Premiership side Wasps until last year when his latest injury turned out to be his last - and he retired at just 28.

Rieder now wants a change in the rules to prevent further career-ending injuries and highlights a lack of enforcement of the law that prohibits players charging into a ruck to clear out players.

"I worry that could be an area where someone could have a seriously catastrophic injury," he said, with players "flying into it without repercussion". 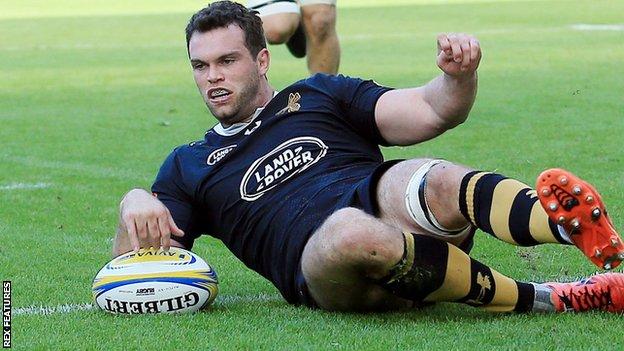 Owens has taken charge of 76 Test matches in an international career that began in 2005 and will be in the middle when France host England in the 2020 Six Nations' opening round on Sunday, 2 February.

He said World Rugby is doing everything it can to minimise the risk of injuries.

"The negatives of playing the sport are outweighed by the positives by a long way," he said.

"It's a physical sport, a lot of people go through rugby without having a serious injury. Unfortunately for some people, they do receive an injury or they're unlucky."

But Owens believes there are "simple things" which could change the game and points to how it used to be played.

"If you think 20 or 30 years ago, or even less than that, your aim as a player when you had the ball was to beat the man in front of you and that was to try to either dummy a pass or side step around him.

"What you see now, because of the physicality and big men in the sport, is instead of running around the player they run through them. 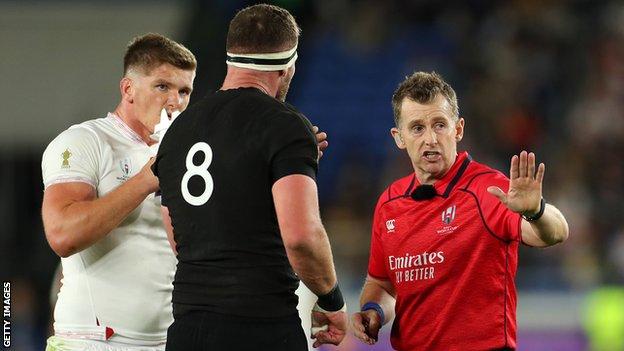 "It comes down a lot to the coaching, the way the game is played and the players playing the game."

And he thinks allowing fewer substitutions could be the way forward with players having to adapt their approach in games to avoid impact and stay on the pitch longer.

"We as referees and referee managers in World Rugby, we're always looking at things that need to be applied firmer, which contributes to the safety of the game and that is an ongoing process," said Owens.

"It is a physical game and unless you change it beyond total recognition of what the sport is, you are going to have to accept that there is going to be a risk of injury, but a minimal risk if you compare it to people that are injured everyday in walking about doing nothing."

Davies was worried about "nastier collisions and nastier injuries" in the game.

Atletico were so hard for Liverpool

Novak into third round but Matteo is out
Previous Item
NEXT

What do we know six months out?
Next Item