Team GB women's football: What do we know six months out?

They do not have any warm-up fixtures in place and, as their own coach has acknowledged, will have a limited time to prepare.

Six months from now, Great Britain will start their women's football campaign at the Tokyo Olympics.

They will be led by Phil Neville, who has the job of picking a team of players from England, Scotland, Wales and Northern Ireland to compete against 11 other nations in July.

Tokyo 2020 will be only the second time Great Britain have fielded a women's football team at the Olympics - they made their debut at London 2012 and reached the quarter-finals.

So how are they preparing? Who might play? And does the idea of a Great Britain team have support from the UK's national football associations?

What has Neville been up to?

The first-round matches kick off on 22 July in Tokyo but Neville cannot focus fully on that yet, as he is busy preparing the England squad for the defence of their SheBelieves Cup title in March.

He said last September he had already notified players "from all countries" that the "longlist has been selected" for Team GB and that will be whittled down to 18 in the summer.

"We're a Team GB team. We are not England, Wales, Northern Ireland or Scotland," he added. 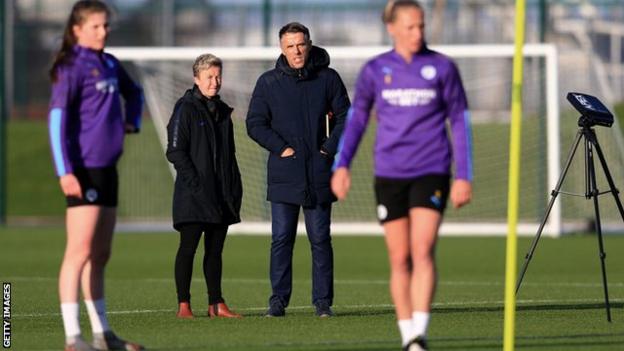 So when will the players meet up? There are no fixtures currently in place for Team GB.

Instead, Neville has been attending Women's Super League matches to keep tabs on players being considered. He has also met the Great Britain hockey gold medallists to "learn about the experience and the Olympic village".

"Phil was here and spoke to a lot of the girls," Manchester United and England defender Abbie McManus said after their WSL defeat by Bristol City in January.

"We see him in the crowd quite a lot. He's good at letting everyone know what they need to do."

Where do the four nations stand?

A footballing Team GB is something of a novelty in the modern era - as the four nations that make up the UK compete separately at World Cups and European Championships.

The idea of them joining forces has historically been a controversial one, amid concerns that the footballing independence of the individual nations could be compromised.

At the Olympics, though, there is no option for those UK nations to compete separately - only as Great Britain.

They did not enter a team for the Rio 2016 Olympics because the four national football associations could not reach an agreement.

When Team GB's place at the Olympics was sealed as England finished fourth place at the World Cup last summer, those national associations had to decide whether to support the inclusion of their players.

This year, the Scottish FA said it will not prevent players being involved - though they will not actively support or promote the side. The Football Association of Wales (FAW) said there would be "no prohibition" of players being picked but added it would not align itself politically with the team.

Neville said in December Scotland will be well represented in the squad and Welsh midfielder Hayley Ladd told BBC Sport "we are being treated as equals" when asked about discussions with the manager in January.

"I have had a little bit [of contact with Phil Neville]. It's more a formality at this point," said Ladd. "It's nice that several of us have been considered. It's positive meetings so far."

Who is in contention to be picked? 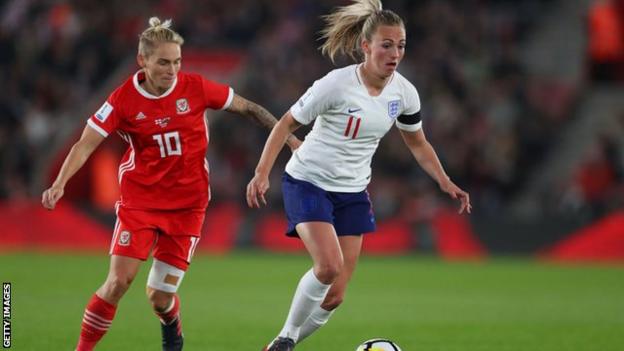 Unlike the men's event - which is an under-23 tournament - the women's competition has no age restrictions but Neville can only select 18 players.

Hope Powell's squad in 2012 was largely represented by English players - only two from Scotland featured and none from Wales or Northern Ireland.

But other home nations are on the up now.

Scotland competed in their first World Cup last year, while Wales narrowly missed out on a play-off spot and FAW chief Jonathan Ford has vowed to increase funding for women's football.

Eleven of the players in last summer's Scotland squad currently play in the WSL, as well as former Manchester City forward Claire Emslie, who is on loan at Melbourne City from Orlando Pride.

Neville also has to choose which players to take from the England squad he led to a fourth-placed finish at the World Cup.

As Manchester United's McManus put it: "He has a good bunch of girls to pick from and you can only do what you can do."

Cameroon to meet Ivory Coast in qualifiers
Next Item