Win over Brighton proves Bournemouth have quality to survive - Howe

Bournemouth manager Eddie Howe says his side's dominant victory over Brighton proves they are good enough to survive in the Premier League.

While the Cherries remain in the bottom three, victory lifts them up a place to 18th and eases some of the pressure on the 42-year-old, while Brighton are two points ahead in 15th.

"It feels big at the moment, but time will tell," Howe said. "We knew how big tonight was in so many different ways.

"There's a lot of clubs up and down the country that maybe wouldn't have been given the time and support that we have, and we have to recognise that and show our appreciation.

"It's not that the team's not good enough - we are good enough, we just need that feeling that we can play the football that we want to, freely, and with total belief and no doubts.

"We're desperate to retain our Premier League status and stay here - I love the division, I love everything about it, and I know how important it is for the club."

This was a welcome return to winning ways for Bournemouth who arrived at this fixture having taken just four points from the previous 36 available to them.

The Cherries also possessed the worst home record in the top flight prior to kick-off, something that seemed unimaginable back on 2 November, when they last won at home by beating Manchester United to move up to seventh in the table.

And, as Brighton took charge in the first half hour, it looked like another game was passing them by until a superb save from home keeper Aaron Ramsdale to deny Neal Maupay, and an equally important Nathan Ake block on Maupay's follow up, seemed to turn the contest around.

The hosts, who had not had an effort on goal of any description until then, suddenly sparked into life as Callum Wilson's influence grew.

Howe's side created three chances in quick succession before Harry Wilson kept his cool to dispatch a low drive past Brighton goalkeeper Mat Ryan from 12 yards.

Callum Wilson's jostling presence contributed to their second, with the ball flicking off his marker Gross from a Diego Rico corner.

The forward then rounded Ryan for the third - calmly rolling the ball in from close range - to show that he has not lost his composure in front of goal during a period in which Bournemouth have averaged less than three shots on target per game.

Brighton undermined by lack of firepower

In many ways this performance typified Brighton's campaign so far.

Graham Potter's side looked fluent in possession in both halves but were missing the thrust in attack to make the most of their dominance.

While they had 21 shots on goal Mooy's superb left-foot strike into the top right corner was scant consolation.

"They were struggling to get out of their half. We pushed and pushed but in the end it's a disappointing evening. The result is the most important thing."

Alireza Jahanbakhsh and Bernardo had speculative efforts early on, but Maupay will feel he could have scored from either of his two close-range efforts in quick succession.

The 23-year-old Frenchman carried a weight of great expectation early in his career after becoming the second-youngest scorer in Ligue 1 history at 16, but this proved another difficult Premier League occasion for him.

Maupay, who has not scored since the 1-1 draw at Crystal Palace on 16 December, had just 34 touches of the ball and at times appeared isolated.

He does, though, remain the Seagulls' top scorer with seven goals, and with Aaron Connolly, introduced as part of a triple substitution on the hour mark, next on the list with three alongside Leandro Trossard and defender Adam Webster, it suggests Brighton may need to add to their forward line. 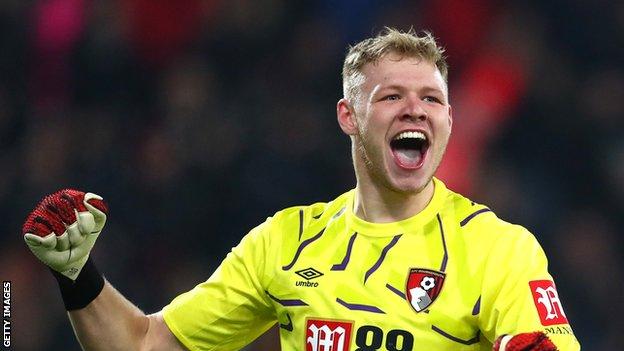 Bournemouth host Arsenal in the FA Cup fourth round on Monday 27 January (20:00 GMT). The Cherries' next Premier League game is at home to Aston Villa on Saturday, 1 February (15:00 GMT).

Brighton are next in action when they travel to London Stadium to face West Ham in the Premier League on Saturday, 1 February (15:00 GMT).

Evans through to Dubai quarter-finals

Shape up or get out

Could Henderson be England’s Euros keeper?
Previous Item
NEXT

MTN SWAG Awards scheduled for May 23
Next Item