Ludogorets players wore medical face masks and gloves when they arrived in Italy for their Europa League match against Inter Milan on Thursday.

The last-32 second-leg tie will be played behind closed doors at the San Siro because of the threat of coronavirus spreading.

Eleven towns in northern Italy are in lockdown after the outbreak.

Inter were one of four Serie A clubs to postpone their game last weekend with more league matches affected this weekend.

Five games, including Juventus versus Inter in Turin on Sunday, will be played without any fans.

A number of Italian sporting events have been affected and on Wednesday it was announced that Ireland's men's and women's Six Nations games against Italy in Dublin on 7 and 8 March would be postponed because of the virus.

Authorities have confirmed more than 300 cases and 12 deaths in Italy, the most recent a 70-year-old Lombardy resident who died after being taken to intensive care in Parma. Four children in the country have also been infected. 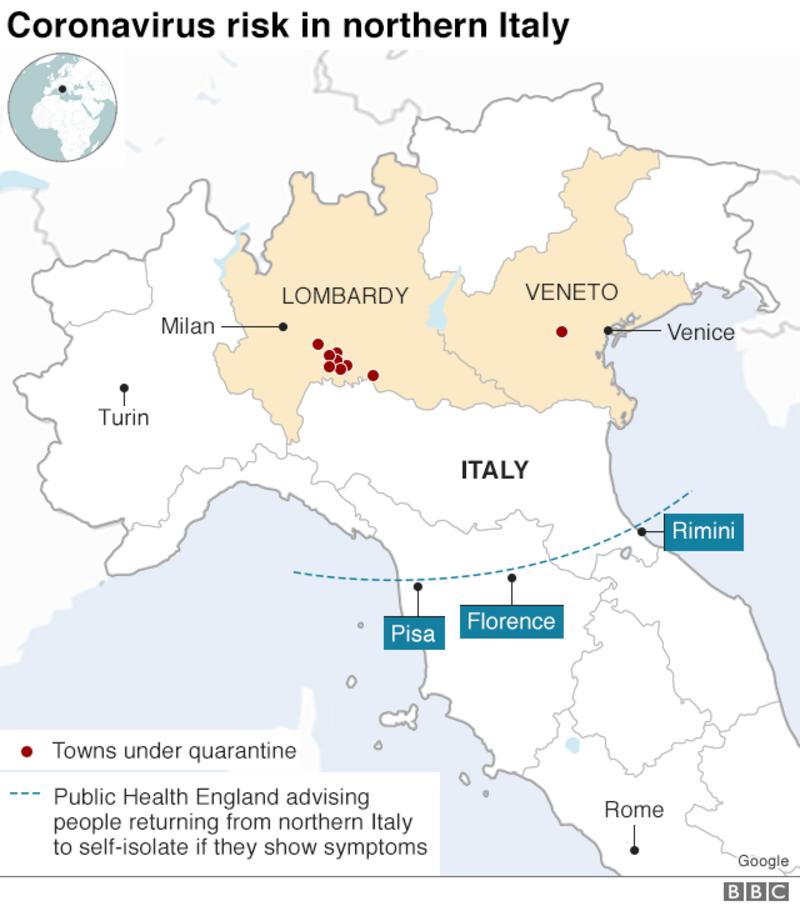 Lewandowski ruled out for four weeks
Previous Item
NEXT