Who could be on the move in the Premier League and Europe?

Who could be on the move before the transfer window shuts?

Time is ticking as the end of the transfer window looms.

The season is under way and clubs now have a better idea where reinforcements are required on the pitch.

Teams across Europe have until 1 September to conduct either astute acquisitions or panic buys in order to get their squads in shape.

BBC Sport examines some 'hot properties' who could be on the move over the next couple of weeks.

Ronaldo has made no secret of his desire to leave Manchester United for a second time, as he wants to play in the Champions League, but suitors for his signature are proving difficult to find.

suggest he is now a negative influence in the Old Trafford dressing room after the club's poor start to the season.

Manager Erik ten Hag has stated Ronaldo is not for sale, but that stance changed on Tuesday with the club willing to let him go, and the Portugal international forward's agent Jorge Mendes will be aiming to engineer a move to Atletico Madrid.

De Jong to Manchester United is turning into the transfer saga of the summer. The Premier League side agreed a £56m fee with Barcelona on 28 June, but are yet to complete the deal.

The Netherlands midfielder has never openly stated he wants to leave the Nou Camp, in fact he has spoken about his desire to stay, but the La Liga side's financial troubles mean they could sell the 25-year-old to help balance the books.

A contractual issue regarding deferred wages has been the main reason reported for the hold-up on the deal and now big-spending Chelsea are hovering to gazump United.

England Under-21s midfielder Garner is yet to feature under Ten Hag despite impressing at Nottingham Forest last season, where he played a pivotal role in promotion back to the top flight.

United are open to selling the academy product for £15-20m and he could return to the City Ground.

It seems as though the money from Garner's departure would help to fund the £15m move for France international Adrien Rabiot from Juventus, who is in talks to join United.

The Blues have already spent more than £150m on new signings this summer under new owner Todd Boehly and don't look like stopping before the deadline.

Gabon striker Aubameyang has added competition at Barcelona with the arrival of Robert Lewandowski and may be tempted by a move to Chelsea, though they could have to fork out up to £25m.

Thomas Tuchel was happy to let Romelu Lukaku return to Inter Milan and still needs an out-and-out front man, and the 33-year-old ex-Arsenal captain may be the answer. 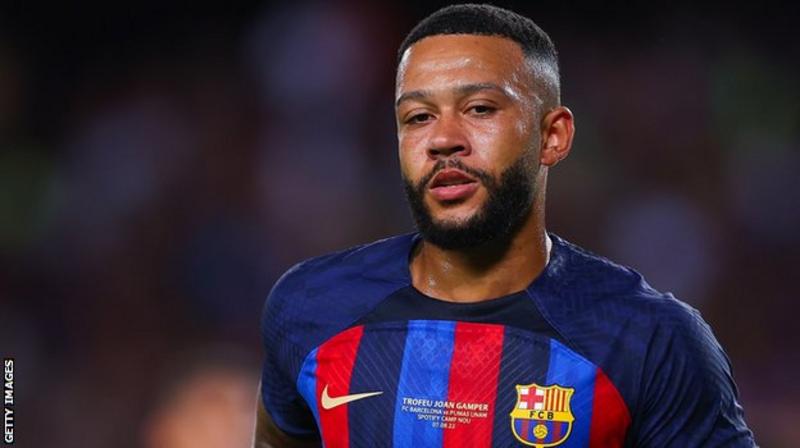 Another possible Barcelona outgoing. Netherlands international Depay, 28, has been told he can leave Barca on a free transfer, with the arrival of Raphinha from Leeds United limiting his first-team opportunities.

The ex-Manchester United winger needs to be playing regularly in this World Cup year and looks close to sealing a move to Serie A giants Juventus.

It's Chelsea again, this time looking for further reinforcements in defence. They have already signed centre-back Kalidou Koulibaly and full-back Marc Cucurella, but may look to also target Fofana.

The 21-year-old Frenchman has impressed since joining Leicester in 2020 and Chelsea have already had two bids rejected for the player. Reports say the London club may have to shell out more than £80m for his signature.

Also, keep an eye on whether Newcastle increase their offer for Fofana's Foxes team-mate James Maddison after seeing a second bid of £50m rejected

Everton have already lost Richarlison to Tottenham and now Gordon - who was one of the key performers in a poor side last season - could also depart.

Chelsea had bids of £40m and £45m rejected, but it is anticipated they will return with a higher offer to tempt Frank Lampard into selling the 21-year-old homegrown forward.

Agreeing personal terms would not be expected to be an issue. However, with striker Dominic Calvert-Lewin out injured, Everton would need to dip into the transfer market for a replacement.

Striker Broja enjoyed a successful loan spell at Southampton last season, scoring nine goals, but he is down the pecking order at Stamford Bridge.

The 20-year-old has made two late appearances off the bench this season but may well look to move away for regular first-team football.

With West Ham dropping their interest in the player, Everton and Newcastle could go head-to-head to sign the Albania international.

Africa to 'break ceiling' at WVC

Shine retires at 27 after mental health

'We can party again together'