Satisfaction with Scotland's schools, healthcare and public transport has hit a record low, while concern about climate change reached a record high.

The figures are contained in the latest Scottish Household Survey, based on responses from 10,500 householders.

Just 51.7% of Scots said they were satisfied with all three public services - the lowest level since 2007.

The Scottish government has conducted the annual survey since 1999 to measure public opinion about life in Scotland. 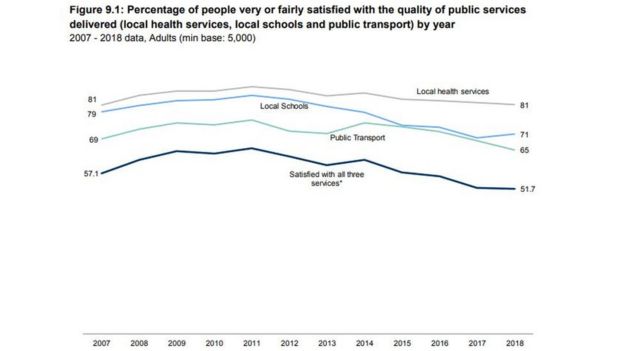 In addition to public service satisfaction, the report also found a large increase in the number of Scottish residents concerned about climate change.

About 65% agreed that a climate emergency was looming, up from 46% five years ago. 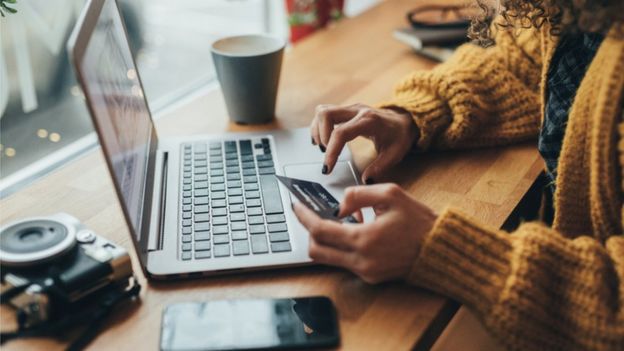 Eighty-seven percent of Scottish households have access to the internet

For the first time, the survey also included questions on childcare, with 86% of respondents saying they were either very satisfied or fairly satisfied with the overall quality of funded care they received.

The majority of households (61%) did not report any problems with the funded childcare they received. 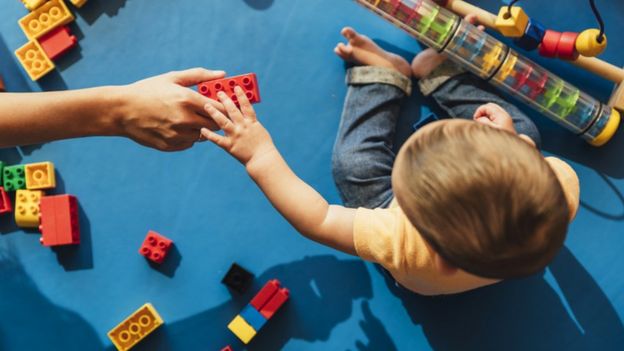 However, some families reported issues including that there were not enough funded hours to meet their childcare needs (20%); the lack of provision during school holidays (19%); and the lack of flexibility in the times or days offered (13%).

Responding to the findings, Deputy First Minister and Education Secretary John Swinney said: "This survey shows that parents are ready to benefit from the Scottish government's £2bn investment in the expansion of early learning and childcare, with the increase in flexibility and choice that this will bring, including options like year-round provision.

"We want Scotland to be the best place in the world to grow up and that means that every child, regardless of their circumstances, should be given the opportunity to realise their full potential so it is great to see parents are satisfied with their early learning and childcare." 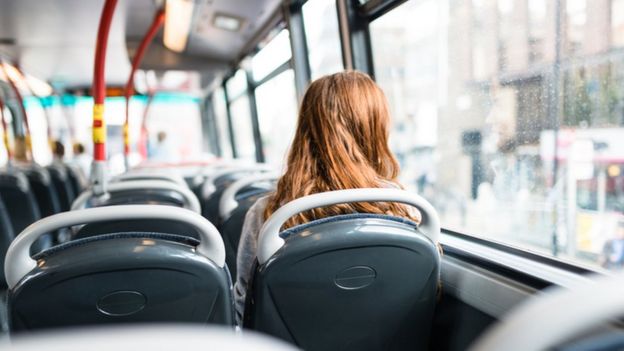 Scottish Labour's transport spokesman Colin Smyth said public transport was being "mismanaged" by the SNP and pledged Labour would "transform" it.

He said: "Rail commuters have had to endure a rip-off fare rise whilst their services have been routinely delayed, overcrowded or cancelled.

"Meanwhile, those who rely on buses have had routes cut and fares soar in recent years."

He called for "transformational investment" and said the SNP's priority "will always be independence".

Morgan has uni award named after him
Previous Item
NEXT