Online trolls: Why they abuse celebs and how to combat it

Celebrities should ignore and block online trolls so their abusive views aren't spread to other people, according to an anti-hate group.

Stars including Gary Lineker and comedian Aisling Bea are backing a new guide on how to deal with abuse.

The report from the Center for Countering Digital Hate says trolls aim to "generate outrage" and spread "misinformation" by targeting stars.

It suggests turning off notifications and taking time off social media.

Presenter Rachel Riley says she ignored trolls who abused her for being a woman or a football fan "because I knew that those kind of trolls were just after attention".

But, she says she didn't realise "when I accidentally stepped into the realm of political trolling with anti-Semitism… that the trolls are exactly the same".

"They're after publicity. And they purposely target public figures to try and get some of our followers to read their doctrine, basically," Rachel told the Victoria Derbyshire programme.

"If a public figure has, say, 500,000 followers and you retweet someone, and 95% of your followers say 'This is appalling, this is disgusting, this is racist, this is horrible', that is 5% or 25,000 people that you are exposing to a racist. And I don't want to do that. I've got no need to see what these people are writing."

CCDH is a new think tank that says it aims to find "practical solutions" to the "increasing use of racial and religious intolerance, sexism, homophobia, and other forms of identity-based hate to polarise societies and undermine democracy".

It is part funded by Unbound Philanthropy - another think tank that helps immigrants and refugees integrate in their new countries. 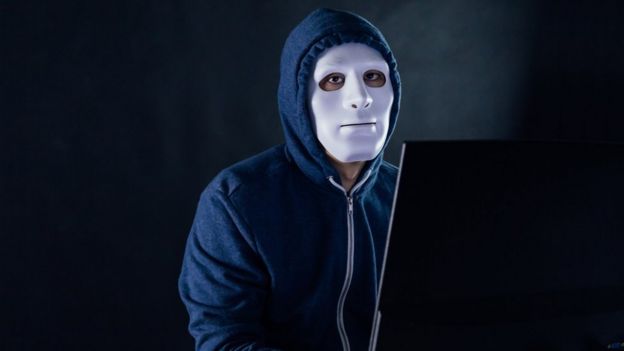 "Political trolls are skilled and determined propagandists," says the CCDH.

Their strategy is to draw a response from public figures, according to the research.

"Troll propagandists know that when public figures engage with abusive trolls to defend their reputation or their values - a normal behavioural response - this inadvertently spreads and legitimates the trolls' message and tricks social media algorithms into pushing it into a broader array of users' timelines."

It used MP David Lammy as an example of this happening.

A tweet quoted by the Labour politician to his 560,000 followers increased the troll's popularity by 14%.

What is a troll?

The idea of a troll as a "young person taking pleasure in sending malicious abuse from a laptop in their bedroom - is, at best, a half-truth", the report says.

Trolls self-define as people who believe "nothing should be taken seriously" and "like to disrupt stupid conversations on the Internet" for "lulz", according to This Is Why We Can't Have Nice Things author Whitney Phillips.

She says they find amusement from another person's anger. 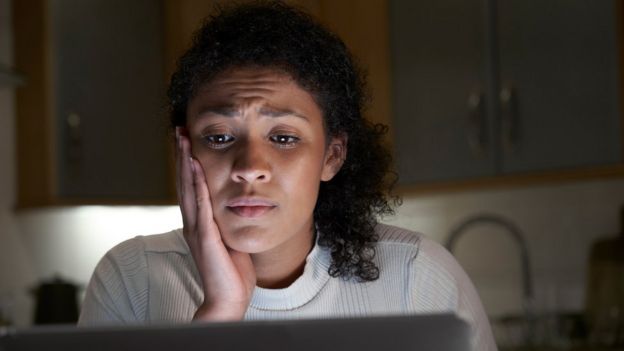 It's a natural response to want to defend yourself, but the reports suggests that is counter-productive

The report suggests that trolls attack in groups, coordinating activities to "isolate" and "mass-assault" a public figure to bait them into responding.

"It is crucial to remember that troll propagandists are not seeking to enter an honest debate," say the report's authors Imran Ahmed and Dr Linda Papadopoulos.

They describe defending yourself against online abuse as a "trap".

"We act counterproductively, engaging trolls, debating them, believing this is a battle of ideas.

"In fact, the trolls are playing a quite different game. They don't want to 'win' or 'lose' an argument; they just want their ideas to be heard by as many potential converts as possible." 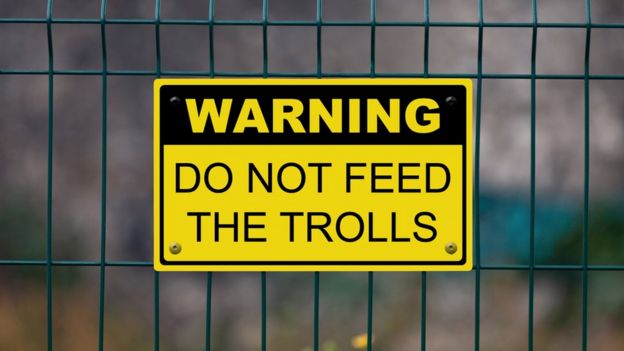 It's why the very first piece of advice in the guide is to ignore the trolls, or resist the urge to respond.

Gary Lineker says the sporting world will be grateful for the guide on how to show "online trolls the red card".

"We've all been shocked by the way in which racist trolls have been targeting footballers recently.

"It is frankly horrifying that they have done so in a calculated way to spread their abhorrent views. Let's not allow the beautiful game to be tarnished in this way."

Little Mix's Jesy Nelson recently opened up about trolling she received after winning the X Factor, saying it drove her to try to kill herself.

1. Resist the urge to respond

3. Switch off app notifications on your phone

5. Get space from social media - show yourself some compassion

The guide contains advice on what to do if none the above helps, including taking screenshots of any abuse that might be defamatory or incites violence, reporting posts to the social media company or potentially the police, and asking for help from anti-hate organisations.

The report also recommends the media avoid "amplifying hate" by writing up trending hashtags that are a "stunt" by trolls.

"Plucking tweets out of the Twittersphere to back up an argument that there was "outrage" about a public figure is easy enough, but it can amplify the worst kinds of voices," it says.

And it adds that social media companies need to work better with anti-hate experts and mental health organisations, to "fundamentally rethink how they adjust their systems to deal with existing and emerging troll tactics".

Review on the Galaxy Tab S6
Previous Item
NEXT