Three scientists have been awarded the 2019 Nobel Prize in Chemistry for the development of lithium-ion batteries.

John B Goodenough, M Stanley Whittingham and Akira Yoshino share the prize for their work on these rechargeable devices, which are used for portable electronics.

At the age of 97, Prof Goodenough is the oldest ever Nobel laureate.

The lithium-ion battery is a lightweight, rechargeable and powerful battery that is used in everything from mobile phones to laptops to electric cars.

The Nobel Committee said: "Lithium-ion batteries are used globally to power the portable electronics that we use to communicate, work, study, listen to music and search for knowledge."

Committee member Sara Snogerup Linse, from Lund University, said: "We have gained access to a technical revolution. The laureates developed lightweight batteries of high enough potential to be useful in many applications."

In addition to their use in electric vehicles, the rechargeable devices could also store significant amounts of energy from renewable sources, such as solar and wind power.

The foundation of the lithium-ion battery was laid during the oil crisis of the 1970s. M Stanley Whittingham, 77, who was born in Nottingham, UK, worked to develop energy technologies that did not rely on fossil fuels.

He discovered an energy-rich material called titanium disulphide, which he used to make a cathode - the positive terminal - in a lithium battery.

Whittingham, who is now based at Binghamton University in Vestal, US, made the anode, the battery's negative terminal, from metallic lithium. This has a strong preference for releasing electrons, making it very suitable for use in batteries. 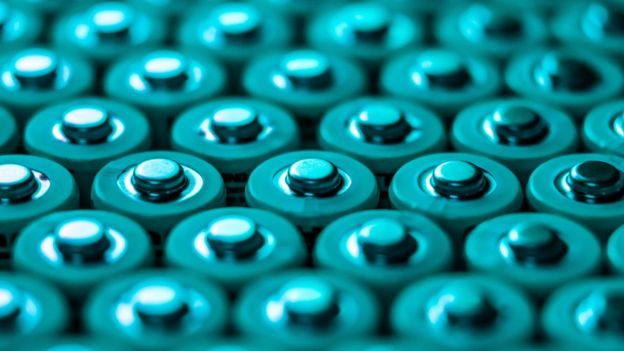 This resulting device was able to release just over two volts, but the metallic lithium made it explosive.

John B Goodenough, who is American but was born in Germany, predicted that the cathode could be improved if it was made from a metal oxide, rather than a sulphide.

In 1980, after searching for the ideal material, Goodenough, who is a professor at the University of Texas, Austin, used cobalt oxide to boost the lithium battery's potential to four volts.

With Goodenough's cathode as a basis, Akira Yoshino, 71, created the first commercially viable lithium-ion battery in 1985.

Yoshino, who was born in Osaka, Japan, works for the Asahi Kasei Corporation and Meijo University.

Prof Ramström, a Nobel committee member from the University of Massachusetts, Lowell, in the US, commented: "This battery is such a very, very good battery. It's high-powered with high energy efficiency, so it has found applications almost everywhere."

Bonnie Charpentier, president of the American Chemical Society (ACS), commented: "In the face of increasing threats from extreme climate change, today's announcement shines a welcome bright light on the portability of energy that has enabled unprecedented advances in communication, transportation and other tools to support critical aspects of life around the world."

Prof Sir Venki Ramakrishnan, president of the UK's Royal Society, said: "Scientific breakthroughs are rarely - if ever - a solo endeavour and it is absolutely fitting that this year's Nobel Prize for Chemistry should be shared in this way."

Previous winners of the Nobel Prize in Chemistry 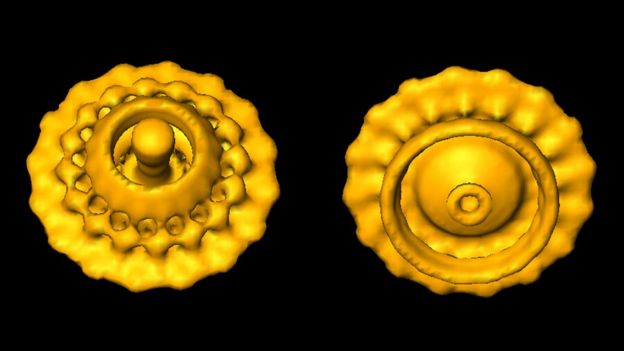 A bacterial "motor" as seen with cryo-electron microscopy

2016 - Jean-Pierre Sauvage, Fraser Stoddart and Bernard Feringa shared the prize for the making machines on a molecular scale.

2014 - Eric Betzig, Stefan Hell and William Moerner were awarded the prize for improving the resolution of optical microscopes.

2012 - Work that revealed how protein receptors pass signals between living cells and the environment won the prize for Robert Lefkowitz and Brian Kobilka.

PlayStation 5 to launch by Christmas 2020
Previous Item
NEXT