The past year saw one of the great US companies, Boeing, suffer a hammer blow to its reputation after one of its newest models, the 737 Max, crashed for the second time.

The loss in March of an Ethiopian Airlines plane cost the lives of all 157 people on board.

The disaster turned out not to have been caused by terrorism or a catastrophic mechanical failure, but because the pilots couldn't control a piece of software.

The software was a system called MCAS, which had already been identified as a key factor in in the crash of a Lion Air Boeing 737 Max in Indonesia the previous October, which killed 189 passengers and crew.

Reflecting on both crashes, Capt Dennis Tajer, one of American Airlines most experienced pilots with 27 years' experience, told me that with this particular Boeing 737 Max plane: "We were in a safety culture system that was broken." 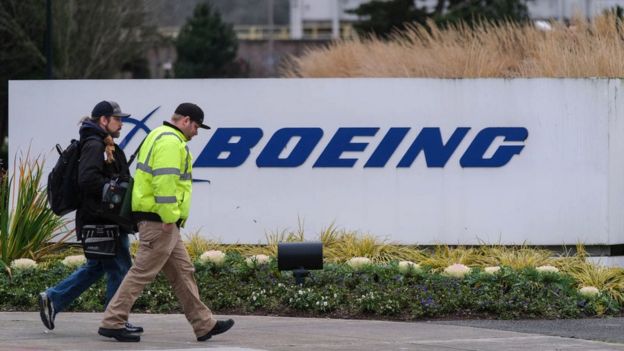 Regulators grounded the 737 Max after the second crash

Capt Tajer, a former air force pilot who is the spokesman for the pilots' union at American Airlines, says he was "outraged" that Boeing and the regulators had initially decided not to tell pilots about the MCAS system.

This was "a very clear violation of the trust and the flow of information to pilots", he says. 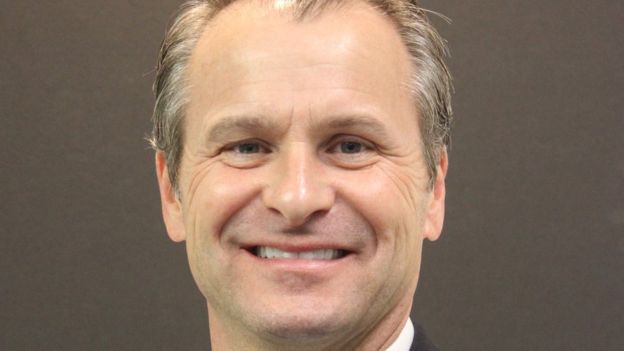 Capt Tajer says he is outraged

Aircraft stay in the sky because the shape of the wings means the pressure above the wing is less than the pressure underneath it. But they can fall out of the sky if a "stall" happens when turbulence upsets the pressure difference. This is particularly likely when the nose is pointing upwards at a high angle relative to the airflow - a high "angle of attack".

Boeing found that when the 737 Max was flying at a high angle of attack - and close to a stall - the controls felt light and unfamiliar to pilots used to older versions of the 737 Max.

MCAS was designed to remedy this problem by automatically trimming the plane so that the nose would want to move downwards. In theory this made the handling feel more predictable.

But in the two accidents, MCAS was activated at the wrong time and ended up forcing the nose down repeatedly - until the pilots lost control and a crash became inevitable.

Speaking for 15,000 pilots at American Airlines and referring to Boeing's initial secrecy, Captain Tajer says: "No one would believe it if it had been written in a fictional form but it is actually happening right before our eyes." 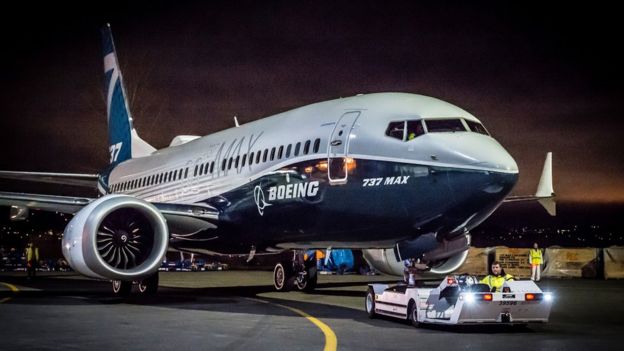 Half of Boeing's sales come from the 737 Max

Regulators grounded the 737 Max after the second crash, causing huge problems for Boeing as the aircraft represents around half of its sales. Airlines had to cut services when they were unable to use the plane.

MCAS which is short for Manoeuvring Characteristic Augmentation System is now being rewritten but Captain Tajer says his pilots won't be flying them again until a comprehensive programme of pilot training is completed.

Boeing's chief executive Dennis Muilenburg was forced out of the company on Monday. Boeing earlier announced a permanent safety committee to oversee development, manufacturing and operation of its aircraft and services.

The US-China trade dispute ground on through 2019, with partial resolutions giving way to new tariffs then new de-escalations. 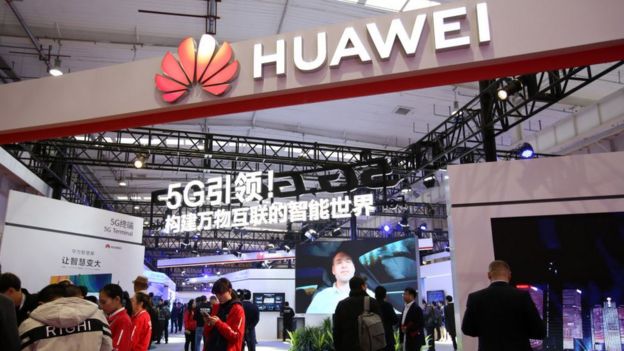 Washington believes Huawei is ultimately controlled by the Chinese government

The ill-will between the two countries was sharpened by the US decision to target the Chinese technology giant Huawei.

Huawei is a world leader in systems that send out signals to mobile phones; in particular, fifth generation or 5G networks. But the US has banned the use of Huawei's equipment in America and encouraged its allies to do the same.

The Trump administration believes that China's technological advances have been built upon stolen intellectual property and heavy government subsidies. 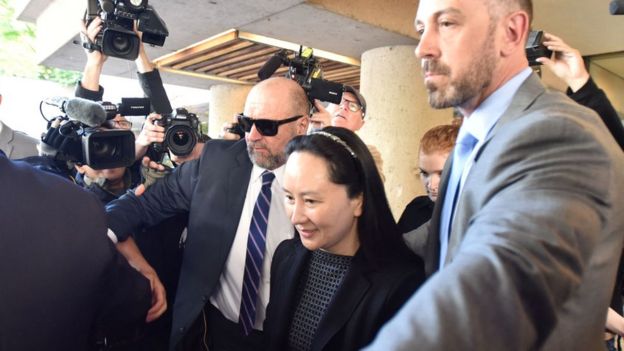 Washington also believes Huawei is ultimately controlled by the Chinese government and that therefore there is a security risk if its technology is embedded in the latest US communications infrastructure.

Huawei says no evidence exists that the firm poses any threat to national security.

Meanwhile its chief financial office, Meng Wanzhou who is the daughter of the firm's founder, was arrested more than a year ago and remains on bail in Canada fighting extradition to the US on charges of violating sanctions against Iran.

The big news for Britain in 2019 was the confirmation that the country really is leaving the European Union. Voters made that choice in a referendum in 2016. But in the past three years politicians argued continually about whether the country should re-run the vote or decide to nominally leave the EU but continue to apply its rules and regulations. 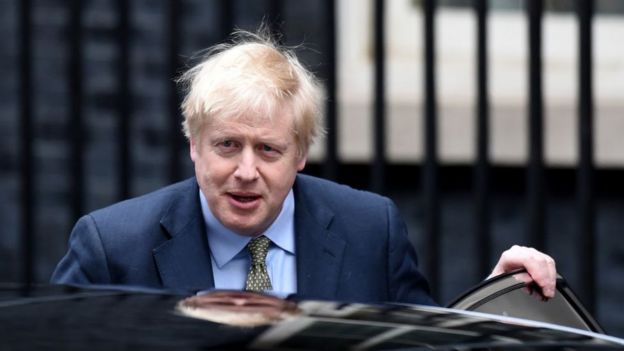 The victory of Boris Johnson's Conservative Party finally settled the principle of what happens.

The managing director of Capital Economics forecasting group in London, Roger Bootle, told me he was "delighted and relieved" at the election result: "I think there would have been huge risks to staying in the EU."

He argues that over recent decades the EU has been a zone of relative economic failure. "All this is only going to get worse, we would have been in a very vulnerable position."

By contrast, the trade specialist, Rebecca Harding who is chief executive of Coriolis Technologies, says she is disappointed by the result as she wanted Britain to stay in the EU. 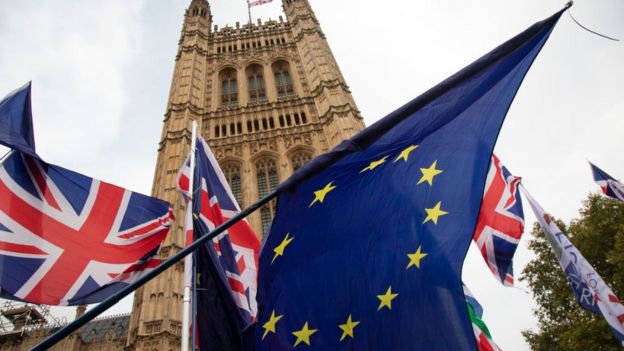 "A lot of our trade is woven into European supply chains. The issue now is that we need to extricate ourselves from the EU's rules and regulations in a way that does the least damage to the British economy," says Ms Harding.

Will 2020 break the curse?
Previous Item
NEXT

What the smartphone has wrought
Next Item