New Samsung Galaxy Buds appear to be on the way, and they might have better battery lif

Filings for what appear to be a new set of Samsung Galaxy Buds have hit the FCC, indicating that a new version of Samsung’s wireless earbuds might be arriving soon — and the filings have a tantalizing piece of information that might indicate improved battery life (via Droid Life).

In a diagram of where the required FCC labeling may appear on the new Galaxy Buds, you can see that each bud may have a capacity of “300mA,” and that the case may have a capacity of “600mA.” That could theoretically mean up to triple the battery life for each bud over the Galaxy Buds on the market today, and a slight improvement in battery life for the case. 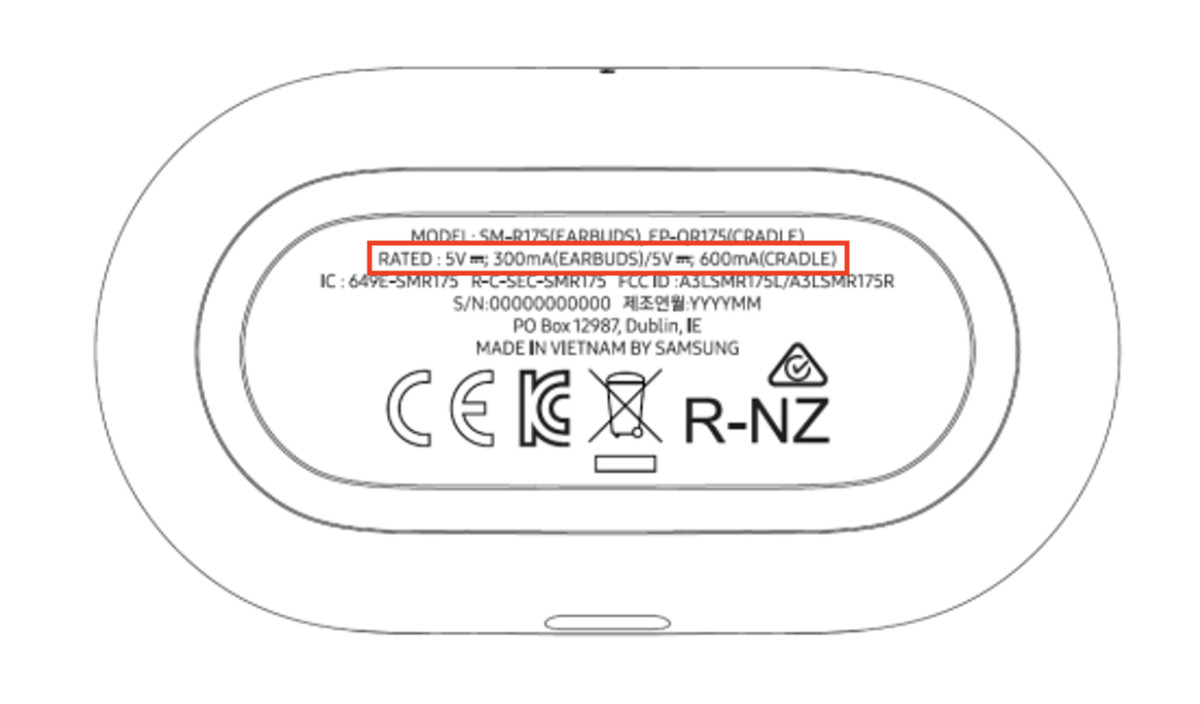 Diagram of FCC label, with my emphasis in red.

You shouldn’t necessarily trust those numbers, though, because for the original Galaxy Buds, the battery ratings in its FCC filings were higher than the ones on the retail product.

It’s worth noting that the current Galaxy Buds already have good battery life compared to other wireless earbuds. The base AirPods, for example, get about five hours on a single charge, while the Galaxy Buds were advertised at six hours for the buds and seven hours of reserve for the case. In his review, former Verge staffer Vlad Savov found real-world usage to be in line with Samsung’s estimates.

The FCC filings don’t have any other pictures, though, so we don’t know what the buds or case might look like, and we don’t know how much they might cost. The filings also don’t give us much of a clue about when the new Galaxy Buds might come out, as filings often show up weeks or months before products hit the market.

However, Samsung is reportedly planning to unveil the Galaxy S11 and a new vertically folding Galaxy Fold in February, so perhaps Samsung will debut the new Galaxy Buds in February as well.

5G to support 10 percent of connections

The people left behind in a digital world
Next Item