The UK government is expected to decide on Tuesday whether to ban equipment made by Chinese technology giant Huawei from its 5G networks.

The US is lobbying the UK to exclude it on the grounds of national security.

Huawei insists it would never take orders from the Chinese government.

Prime Minister Boris Johnson is chairing a meeting of the National Security Council at which the decision will be made - although it may not be announced immediately.

There is speculation Mr Johnson might choose to ban Huawei from the "core" parts of the networks only.

The core carries out essential functions such as authenticating subscribers and sending voice and data between devices and is sometimes described as the "brains" or "heart" of a network.

Speaking to reporters today Mr Johnson said he wanted a system that delivers "consumer benefits" without compromising national infrastructure, security or the UK's relationships with other intelligence agencies.

"We are going to come up with a solution that enables us to achieve both those objectives and that is the way forward," he said.

Former Foreign Secretary Jeremy Hunt told BBC Radio 4's Today programme he "wondered whether it was wise" for the UK to become "technologically dependent on another country".

"I would say if the decision goes the other way this week, as some of the signs seem to indicate it might, I hope there will also be some reflection in the US, because we have never needed the Western alliance to be stronger than now," he said.

Meanwhile, US Secretary of State Mike Pompeo tweeted in support of Conservative MP Tom Tugendhat, who had written in the Mail on Sunday that it would be wrong to allow Huawei into the network.

Last year, the US banned companies from selling components and technology to Huawei and 68 related companies, citing national-security concerns.

And two weeks ago, it presented a dossier to the British government it said showed new security risks posed by using the company.

However, UK intelligence officials believe it is possible to design a system architecture in which a larger number of cores are protected from interference. 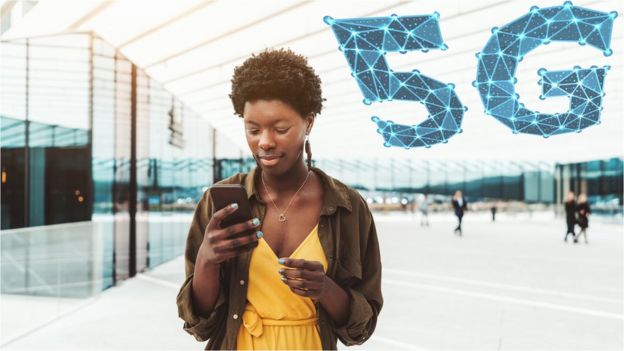 It works by making better use of the radio spectrum, enabling far more devices to access the mobile internet at the same time.

The four 5G networks in the UK are run by:

EE, Three and Vodafone would all have to strip out some Huawei equipment if the ban is approved.

And while Telefonica's O2 has not widely deployed Huawei's equipment to date, it is engaged in a network-sharing agreement with Vodafone, so would still be affected.

Ericsson and Nokia offer alternative products to Huawei's - but they are more expensive.

"The slightly ironic thing is that of the four networks installing 5G, most still use 4G infrastructure - and of the bit that is 5G today, all are using Huawei," Prof Alan Woodward, from Surrey University, said.

Huawei says it has worked with UK telecoms companies for 15 years.

"We are confident that the UK government will make a decision based upon evidence, as opposed to unsubstantiated allegations," it said in an earlier statement.

Why flip phones deserve a shot

US looking for partnership to counter Huawei

Europe to push for taxing of top giants

Phone industry urged to 'get back to work'

Apple to reopen some stores in Beijing

Huawei and the 'special relationship'
Previous Item
NEXT