Once you have a product, distributing it becomes the next challenge for any entrepreneur. At TRASH (one-tap video editing), we looked to TikTok as a potential marketing channel. As early learnings started to roll in, we decided to share what’s going on inside this exploding and mysterious beast.

The advantage of having a deep tech company that uses AI to help speed the process of editing video is that we can do it for “free.” This is pretty cool when you consider that editing a semi-pro video will run you a minimum of $1,500 and six hours in post-production. When we started working on distribution and how to hack our CAC (customer acquisition costs), TikTok was first.

When posting to TikTok, there are three key areas to pay attention to: 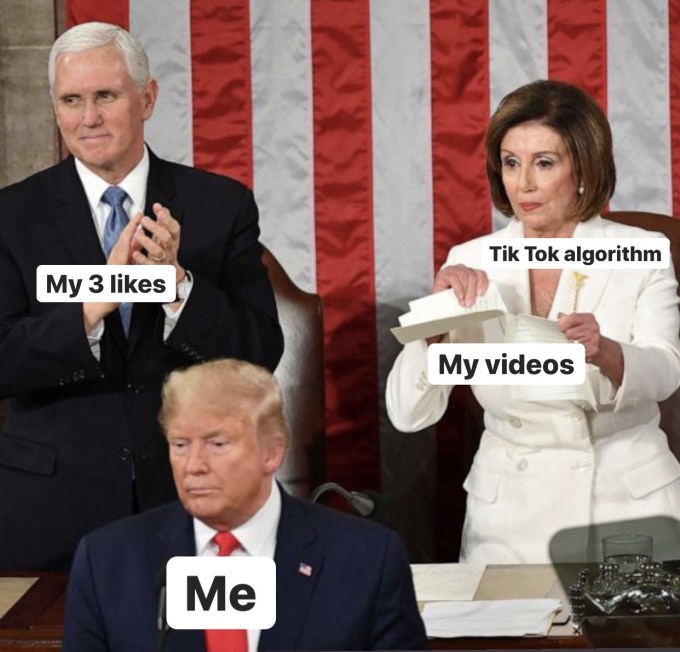 What contributes to your authority ranking

The review process and making it to FYP

So, now that you know all the ways you can eff up your authority score, have a plan for the type of account you want to create and created five killer videos, you’re ready to start posting. Here’s what happens next, including how to get coveted FYP (For You Page).

This vid says it all.

Pick a format. Because verticalization is key to your authority score, you need to pick a format and work within it. If you want to have different personalities, use different accounts. This will boost your authority score as well as help with gaining followers because their expectations will be set for the type of content you make. Examples of vertices that do well are comedy, memes, dance, vlogs, creation/DIY and hacks.

Copy the format. TikTok encourages many forms of co-creation such as reactions, collaboration/remix and mimicking. This has created formats, trends and memes throughout the platform. Rather than seen as ripping off other creators, audiences enjoy trends and become inspired to create their own version. TikTokers like Charli D’amelio create unofficial choreography for pop songs and just copying those dance moves can send a song to the top of the charts. The next iconic dances like “Thriller,” “Single Ladies” or “Gangam Style” will be created by someone who may have no real connection or ownership to the original song.

In general, Gen Z is known for being less “solo” in their pursuits than Millennials. We think this collaborative approach to creation is a sign of the times not just for social entertainment, but the next wave of creation tools and platforms. Know your music: songs are one of the best ways to get people to understand your meme content. A lot of viewers will already know what your content is going to be about just based on the song, so picking the right song for the format you want to copy is key — this can’t be an afterthought and might be a place you’re going wrong!

Get ready to sell. If Instagram is QVC for Millennials, TikTok is the line outside the Supreme store for Gen Z. Instead of glossy, in-your-face advertisements for fitness and beauty, the shopping is going to be more “authentic” and narrative. Shoppable video is already a major thing in Asia and it’s reportedly being tested on TikTok to come to the rest of the world soon.

We suspect Gen Z will simply treat Amazon like the Google Search of Stuff & Things and the new social platforms become the virtual mall. We also suspect TikTok will weigh shoppable content more highly in the FYP algo because money.

Galaxy Note reveal will be in Aug