While access to the internet is still patchy across the African continent, the last decade has seen great strides in improving telecommunications in the region.

Nigeria in particular is one of Africa's largest telecom markets, benefiting from being the second largest economy on the continent.

Today, over 100 million Nigerians are now connected to the internet, with 250,000 new subscribers logging on in the last quarter of 2019, according to data from the Nigerian Communications Commission.

Ms Opeke went to the US to study and obtained a Master's degree in Electrical Engineering from Columbia University in the early 2000s. When she returned to Nigeria, she was disturbed to see just how wide the digital divide continued to be, compared to in developed nations.

"I knew that it was viable to build the infrastructure and deploy services and that there was a market for it," she tells the BBC.

"I also had a young son who questioned, 'why can't I get access to my online games' and just basic access like that, and I knew I had the know-how to do something about it."

Within two years of the company being founded, MainOne had managed to build all 7,000km of West Africa's first privately owned, undersea high capacity submarine cable and put it into service. 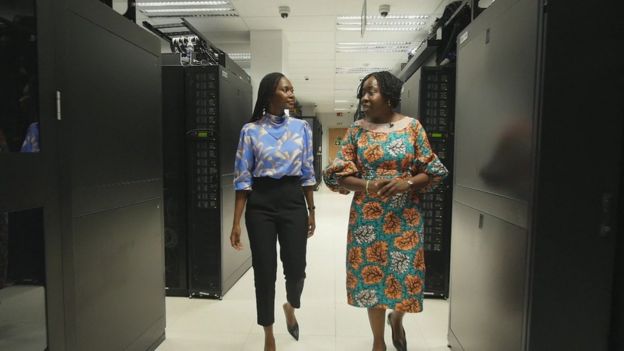 Ms Opeke had thought that this would be the hard part about being a broadband internet provider, but she soon realised that there still many more challenges ahead.

"It was wishful thinking. Getting the capacity we brought in, which landed on the coasts of Nigeria, Lagos and Accra, and then into the hinterlands, getting it close to the people, has proven even more challenging and slower than building the cable itself," she says.

"For most of the services we are having to provide, they are being done on the continent for the first time."

Access to the internet is fast becoming democratised thanks to the explosion of smartphones in Africa, with more than 95% of internet users going online using mobile broadband, according to Coleago Consulting, a telecoms consultancy firm working in the African region.

Mobile networks are springing up across the continent, but it is hard to provide internet access without the help of under-sea cables operated by fixed line broadband providers like MainOne.

"There is a shortage of transmission and fibre links in Africa and this is certainly a very big growth area," Coleago Consulting's chief executive Stefan Zehle told the BBC.

"Mobile infrastructure requires a lot of fixed connectivity. The base stations and networks...need to be connected to data centres and globally to the internet.

"They need submarine cables, and historically this has been a big bottleneck in Africa."

One of the major problems MainOne encountered was governance and how economic growth in various African nations impacted the speed at which infrastructure could be built, despite the fact that overseas investment was pouring into the continent at the time.

"The GDP per capita in most advanced markets is at least 10 times what we have in Nigeria, and you're looking to deliver on the same technology infrastructures," explains Ms Opeke. 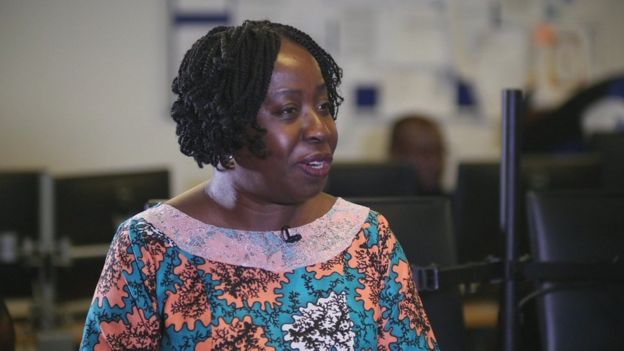 MainOne now has a presence in 10 countries in West Africa and the region's largest data centre, and it is rolling out fibre optic networks across urban areas, but internet coverage has a way to go before it can become consistent across the continent.

"We need to deploy the infrastructure. The private sector and government need to get really creative in trying to focus on reaching the population and coming up with solutions that do just that.

But no matter how hard the journey has been, Ms Opeke feels it has been worth it: "We have start-ups coming out of Nigeria starting to address local challenges, accessing international capital and build successful businesses and create jobs here, and that part is particularly rewarding."

The risks of working remotely

'Money talks' when it comes to tech
Previous Item
NEXT