Julia, a new autistic muppet character, will arrive on screens in April

Its much-loved muppets Big Bird, Cookie Monster, and Oscar the Grouch have been charming viewers for almost 50 years.

And now the children's TV show Sesame Street is introducing a new muppet character with a simpler name, and a tougher brief.

Julia, a little girl, has orange hair, a toy rabbit - and autism. She will make her Sesame Street TV debut in April on US channels HBO and PBS.

The character is already included in digital and printed storybooks.

However, bosses want to step up her role.

Autism diagnoses have risen steadily in recent years to a rate of one in every 68 US children, according to the Centers for Disease Control and Prevention.

But explaining the topic to a young audience is far from straightforward.

"The big discussion right at the start was, 'How do we do this? How do we talk about autism?'" Sesame Street writer Christine Ferraro told the CBS News show 60 Minutes.

"It's tricky because autism is not one thing, because it is different for every single person who has autism."

In her debut episode, Julia will demonstrate some common characteristics. When Big Bird is introduced to her, she ignores him.

Confused, Big Bird thinks "that maybe she didn't like me". But the other muppets tell him: "She does things just a little differently." 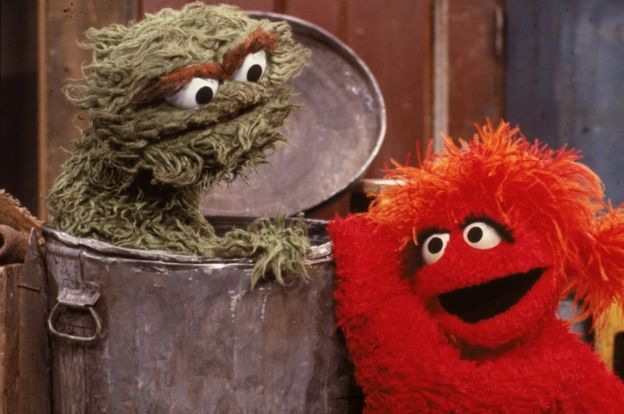 Later, when a group of children are playing tag, Julia starts jumping up and down with excitement.

"That's a thing that can be typical of some kids with autism," Ms Ferraro said.

Instead of rejecting Julia, the children create a new game in which they all jump around together.

"Had my son's friends been exposed to his behaviours through something that they had seen on TV before they experienced them in the classroom, they might not have been frightened," she told 60 Minutes.

"They might not have been worried when he cried. They would have known that he plays in a different way, and that that's OK."

At this point it's not known if Julia will become a major character on the show, but Ms Ferraro - who has been writing it for 25 years - is keen.

"I would love her to be not Julia, the kid on Sesame Street who has autism," she said. "I would like her to be just Julia."

'Beauty and the Beast' smashes records
Previous Item
NEXT