Author Suzanne Collins is to pen a prequel to the original Hunger Games trilogy, publisher Scholastic has confirmed.

The untitled instalment, set to be published on May 19, 2020, will revisit the world of Panem, 64 years before the events of the original books.

Collins confirmed the novel will focus on the years after the so-called Dark Days of a failed rebellion in the city.

It will "explore the state of nature" as Panem attempts to rebuild, she said.

She added that the characters would also look at "who we are, and what we perceive is required for our survival".

The setting "provides fertile ground for characters to grapple with these questions and thereby define their views of humanity," her statement added.

Scholastic said it was "absolutely thrilled" at the prospect of introducing devoted fans and a new audience to "an entirely new perspective on this modern classic".

Collins set the original trilogy in a post-apocalyptic dystopia where young people must fight and kill each other, on live television. 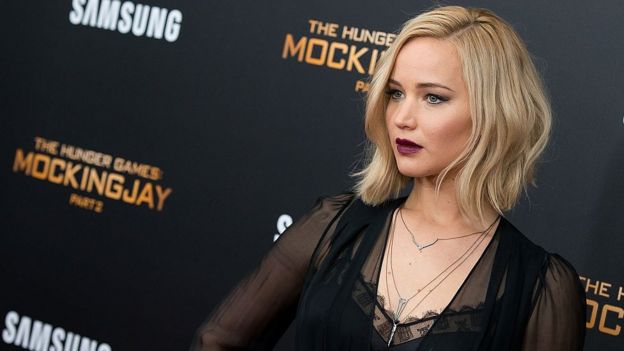 Jennifer Lawrence starred as Katniss Everdeen in the film adaptations

The books - Hunger Games, Catching Fire and Mockingjay - have sold more than 100 million copies and have been translated into more than 50 languages.

Its heroine, Katniss Everdeen, was brought to life on screen by Jennifer Lawrence for a similarly successful, four-movie franchise.

To date, the franchise has earned nearly $3 billion (£2.4bn) at the worldwide box office.

Once again, Lionsgate hope to adapt the book for the big screen.

Joe Drake, chairman of the Lionsgate Motion Picture Group, told the Hollywood Reporter in a statement: "We've been communicating with her [Collins] during the writing process and we look forward to continuing to work closely with her on the movie."

Why you shouldn’t give up on poetry

Taylor Swift: Making up with Katy Perry
Previous Item
NEXT