Game of Thrones score by NI's Hannah Peel up for Emmy

Northern Ireland musician Hannah Peel has been nominated for an Emmy award.

Her soundtrack for HBO's Games of Thrones: The Last Watch features in the category for outstanding music composition for a documentary series.

Peel, who was born in Craigavon, County Armagh, previously won a Royal Television Society award for her title music to the Channel 4 drama Dates.

As well as releasing solo albums, she has written music for television, film and theatre productions.

She released her latest album Chalk Hill Blue with the English poet Will Burns in March. 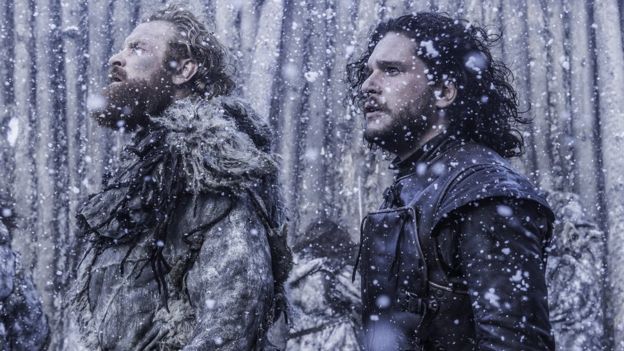 The full list of nominations for this year's Emmys was revealed on Tuesday, with Game of Thrones featuring in 32 categories.

The epic fantasy series was largely filmed in Northern Ireland

The awards ceremony will take place in Los Angeles on 22 September.

The nominations and winners are voted for by the 25,000 Emmy members and recognise the best of television.

The Emmys is the biggest TV awards show in the US.

And the most-played song on UK radio is...
Previous Item
NEXT

The musicians 'perpetually terrified'
Next Item