Burnout: What musicians in 2019 are 'perpetually terrified' about

As Sam Fender steps off stage at TRNSMT festival in Glasgow he's completed a run of three shows in as many days.

"I did a hometown gig in Newcastle, then played with Bob Dylan and Neil Young in London and then came here," he tells Radio 1 Newsbeat.

Sam says he's constantly pinching himself over how lucky he is, but is also "perpetually terrified" of not being able to keep up with his schedule.

"The music industry as a whole needs to genuinely make a conscious effort to look after people's physical and mental health."

Sam was recently forced to cancel a string of gigs, including a show at Glastonbury, after he "burned out".

"I love my job, I'm going to keep doing it until I die, but there's nothing more soul-destroying than having to cancel a show."

Sam took a break to rest his voice but thinks he's "completely annihilated it in the last three days".

"Fingers crossed when I get a check up on Monday it'll be alright." 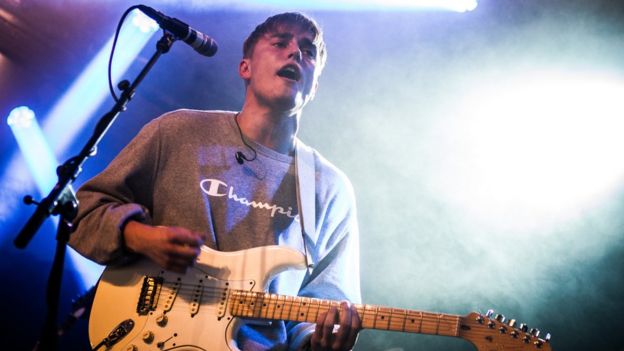 Musicians burning out "is an age old story", Sam says, but social media and feeling like "you have to be on top all the time" adds extra pressure on the mental health of modern artists.

"Back in the day, you could have a crap gig and nobody would film you.

"Now everybody's got an iPhone - you have a bad day and it's going on the internet."

The 25-year-old says it's easy to become vain as a musician.

"It's so vacuous this job.

"You're constantly looking at pictures of yourself, talking about yourself. Then I come back home and all my mates want to talk about is me because I've been hanging out with Elton John and stuff." 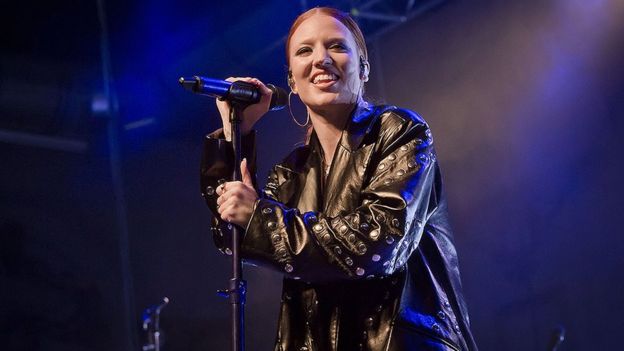 "I just want to talk about my cousins you know, that sort of thing, ask how they're doing at school.

"You've got to have a bit of time to go back home and try and be normal and talk to people about normal stuff."

'I needed to look after my mental health'

The singer took time off touring and his phone to focus on writing music for his second album.

"I was like, 'I'm going to have to consciously think, how do I write the best album I can? To do that I'm going to take myself away from social media'.

"And since then I've been in the studio and I've been writing some of the best stuff I've ever written, I've got about 80 new songs!" 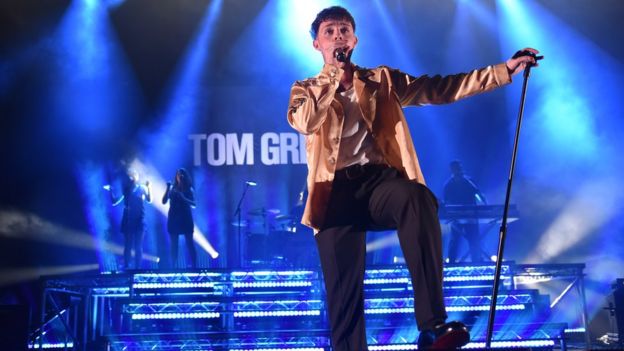 Tom doesn't want to seem ungrateful and knows he's in a "very, very lucky position", but he needed some time away before stepping back into the limelight.

So he moved back home with his parents and took a break from music.

"I've been trying to keep a healthy mindset. I sound like I've become a yoga guy. But it's important that I look after my mental health to make the next album the best it can be."

"I just had to calm myself down and put myself back on a path of success," he added.

The Amazons have had a tense weekend, playing shows in Portugal and Milan before heading to Scotland for TRNSMT.

But they've also learnt their lessons. 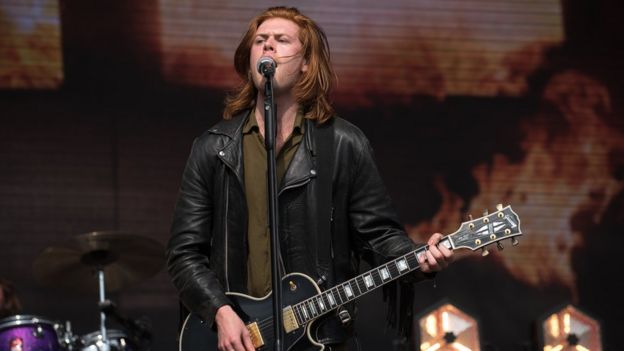 "We did the bar and club scene a lot over the first couple of years," explains Matthew.

"That's where I had all my vocal trouble.

"I had it really badly on the first album, and we had to cancel a week or so of vocal recordings when we were making it. We just overdid it."

"Matthew is very good at knowing his limits.

"He has to forgo the party sometimes to look after his voice.

"I respect that, because the rest of us don't!"

Stormzy's stab-proof vest up for award

Fast & Furious to reach end of the road

Foxx to Star in Vampire Comedy

Game of Thrones score by NI
Previous Item
NEXT

Stars appeal to next PM over free TV licences
Next Item