Ghana has moved up two places to become the 106th strongest military globally on a ranking of 138 countries.

This was contained in the Global Firepower ranking 2020 which uses over 50 individual factors to determine a given nation's Power Index score with categories ranging from military might and financials to logistical capability and geography.

According to data from Global FirePower (GFP), Ghana's total population of 28,102,471 has 15,500 active personnel and a total airpower strength of 24 (comprising 13 helicopters, 6 aircraft trainers and two special-mission aircraft) and it operates a defence budget of $120 million.

The ranking which relies heavily on values from the CIA World Factbook claims that Ghana has 150 armoured vehicles, 20 naval vessels and operates a defence budget of $710 million.

The United States retained top spot as the country with the strongest military, followed by Russia, and China in the second and third places respectively. 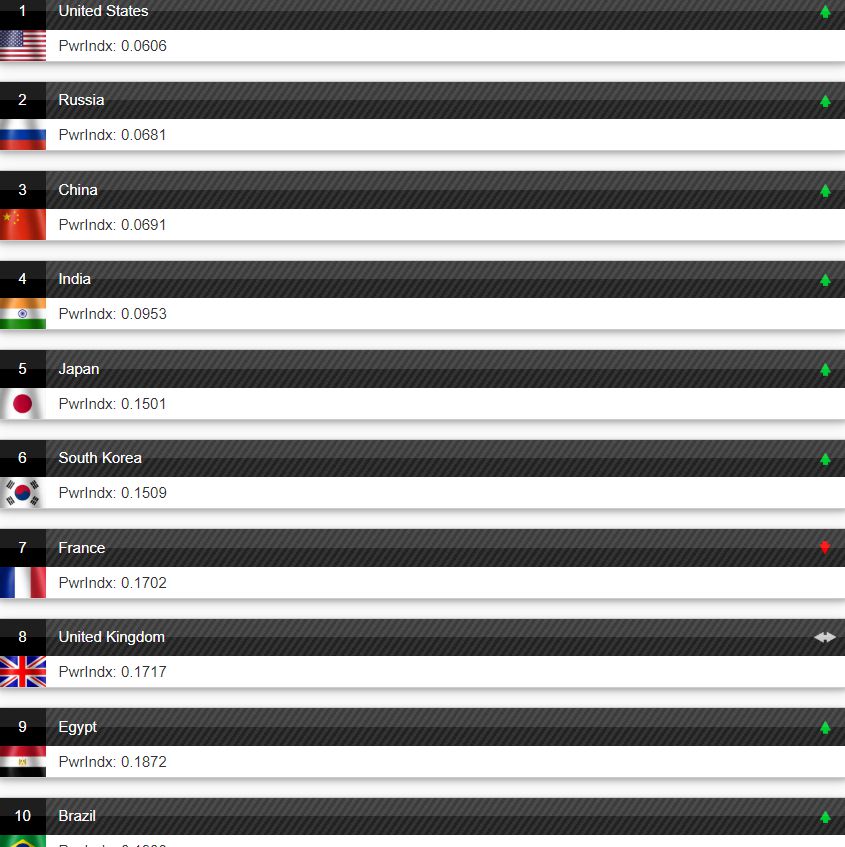 India placed fourth followed by Japan, and South Korea with France coming seventh and the United Kingdom eighth. Tenth place was secured by the Brazilian military.

To uphold the 1992 Constitution

Completion of irrigation schemes this year
Next Item