The board of the Vodafone Ghana Music Awards (VGMA) has banned Shatta Wale and Stonebwoy indefinitely.

In addition to the ban, they have been stripped off all the awards they won.

The Song of the Year and Artist of the Year for last Saturday's event have been nullified. 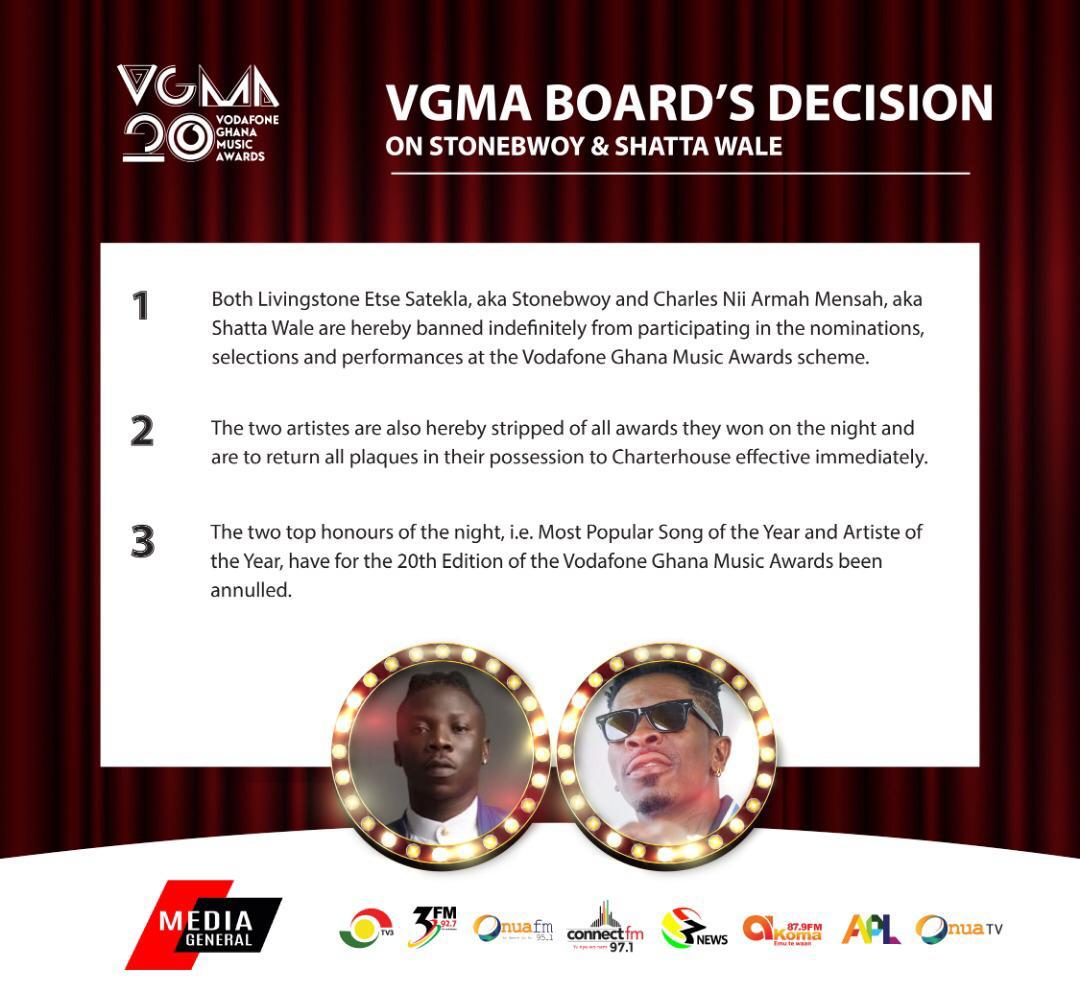 In an earlier Facebook post, Charles Nii Armah Mensah, known in showbiz circles as Shatta Wale announced that he will no longer participate in the annual Ghana Music Awards festival.

He said the decision was made after a long 'reflection'.

"Upon sober reflections of events in recent times and having made broader consultations, I wish to announce that I will not be part of the Ghana Music Awards scheme going forward. God bless".

This is not the first time the 'dancehall king' has made such an announcement.

He pulled out of the Awards after he lost the dancehall artiste of the year award in 2013.

COVID: No business at Arts Center

Shatta quits VGMA ahead of ban announcement
Previous Item
NEXT