Feyenoord and Rennes had mixed fortunes as they prepared to face Scotland's Europa League representatives as the group stage kicks off on Thursday.

Rangers' Dutch opponents recorded their first home win of the Eredivisie season on Sunday, 3-2 against Den Haag, and remain unbeaten this season.

Rennes, who host Celtic, had to settle for a 0-0 draw away to Brest in the Breton derby on Saturday.

Two own goals, two penalties and an 11-2 win 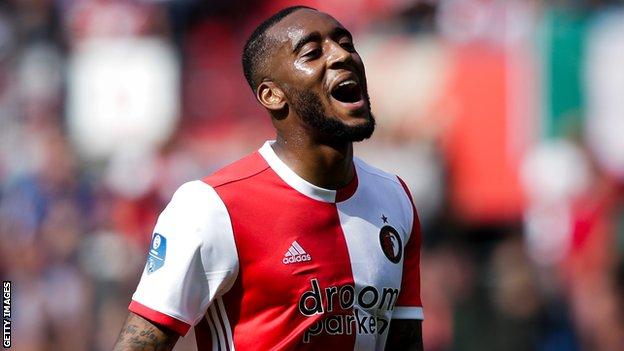 Feyenoord head coach Jaap Stam will be particularly heartened by his side's first-half performance against Den Haag ahead of Thursday's Group G game at Ibrox.

But he will be less happy with the fact that two late own goals gave his side a nervous finish after racing into a 3-0 lead.

Winger Luciano Narsingh, who spent two years with the Welsh side, chipped in the second and midfielder Leroy Fer, who had three seasons with the Swans, scored from a second spot kick, all within the first 33 minutes in front of a 40,000 crowd at De Kuip.

With his side seemingly cruising to victory, Stam brought on 17-year-old winger Marouan Azarkan for his competitive debut only for on-loan Trabzonspor defender Edgar le and midfielder Renato Tapio to find their own net to make the final 11 minutes less comfortable.

In addition to the fourth consecutive victory, the former Manchester United defender will be pleased that the goals came freely at the other end - and that two penalties were despatched - despite having to do without Netherlands winger and normal spot-kick taker Steven Berghuis through injury.

The introduction of Swede Sam Larsson in place of the former Watford 27-year-old had been the only change to the 4-3-3 line-up.

Denmark striker Nicolai Jorgensen and midfielder Jens Toornstra made their first appearances of the season from the bench.

Argentine defender Marcos Senesi, the £6.2m transfer deadline-day signing from San Lorenzo, was beside them but is still awaiting his debut.

However, they remain unbeaten in nine games since a 3-1 home defeat by Southampton in pre-season.

Young Boys had an amazing 11-2 victory away to fourth-tier Freienbach in the Swiss Cup as they prepare to open their Group G campaign away to Porto.

The Portuguese warmed up with a 3-2 win away to Portimonense and stay third, a point behind Famalicao, in the Primeira Liga.

No Niang, no goals in Breton derby 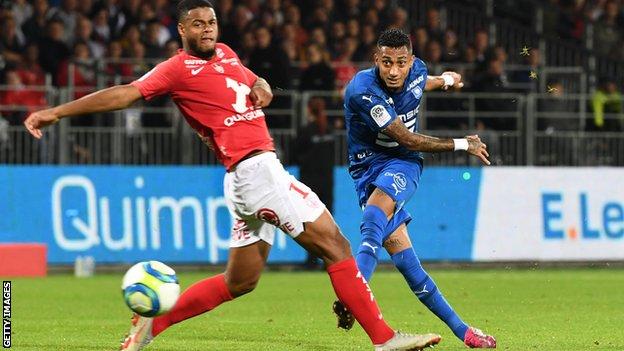 Having started the season in fine form with three consecutive wins - including a 2-1 victory against reigning champions Paris St-Germain - at the start of Ligue 1, Rennes have gone two games without one ahead of entertaining Celtic.

With Senegal forward Mbaye Niang, who had a spell on loan at Watford, missing through injury, Julien Stephan's side failed to score for the first time in six competitive matches this season.

That was despite his place allowing a first start for record signing Raphinha, who joined on deadline day for £6.2m from Sporting Lisbon.

Having lost 2-1 at home to Nice before the international break, Rennes found themselves up against neighbours who were themselves looking to recover from losing their own unbeaten start to the season.

Despite a defensive sounding 5-3-2 formation, the visitors had much of the ball but had to be content with a point that leaves them level with Nantes and Toulouse in equal second in the French top flight after five games having failed to score for the first time in their last 11 competitive fixtures.

Lazio suffered a disappointing 2-1 defeat away to SPAL in Serie A as they prepare for their Group E opener away to Cluj.

The Romanians, who knocked Celtic out of the Champions League qualifiers before dropping into the Europa League after losing in the play-offs, thumped Voluntari 5-0 on Friday to remain two points clear at the top of Liga 1.

Which Man City record are Liverpool eyeing?
Next Item